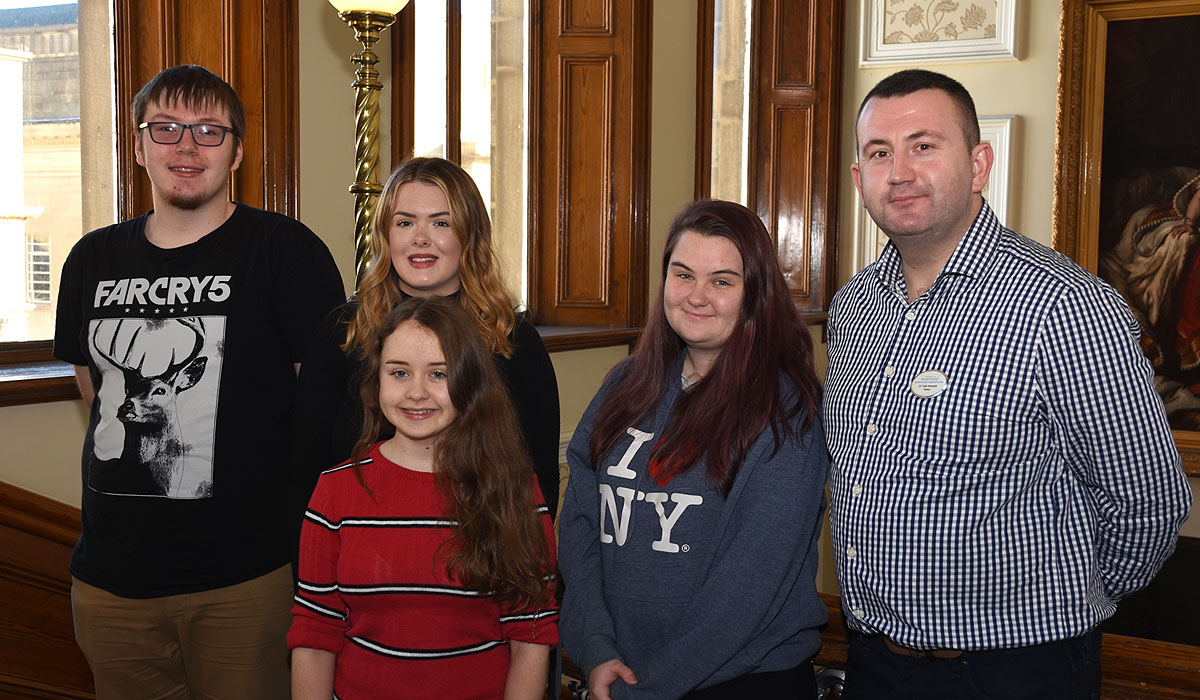 HISTORY students at the University of Huddersfield are taught how to investigate the past using the latest digital resources.  It enables them to pore over Victorian newspapers and use online maps to explore long lost landscapes.

Now, the current cohort of second-year undergraduates taking the Digital Victorians module have presented their findings at a special event in the council chamber of Huddersfield Town Hall.  Titled Victorian Voices of Huddersfield, the event was an element of Kirklees Council’s Local Democracy Week 2018.

He also emphasised the importance of going beyond the University and forging external partnerships.  He welcomed the collaboration with Kirklees Council during Local Democracy Week.

Projects carried out by Digital Victorians students are available at the module’s online platform, said Dr Warwick.  It includes material on topics that include Charles Dickens in Yorkshire, Victorian public parks and 19th century prisons.

Victorian Voices of Huddersfield was introduced by Diane Sims, of Kirklees Democracy Commission.  She spoke of the “proud heritage of local democracy in Huddersfield”.

After introductions at the Victorian Voices of Huddersfield event, groups of history students presented their findings on a range of topics that included the formation of the Borough and controversies over the new Poor Law introduced in 1834 and which was the subject of riotous protests in Huddersfield.

There was an exploration of the workhouses of the Victorian period, with their harsh conditions.  Online maps had been used to plot their location in the Huddersfield district.  And there was an analysis of the town’s electorate and how votes were sought in the 19th century, until the introduction of the secret ballot from 1872.