The Centre, developed by University of Huddersfield and the Holocaust Survivors’ Friendship Association, is one of only two centres in the UK and will primarily serve the North of England 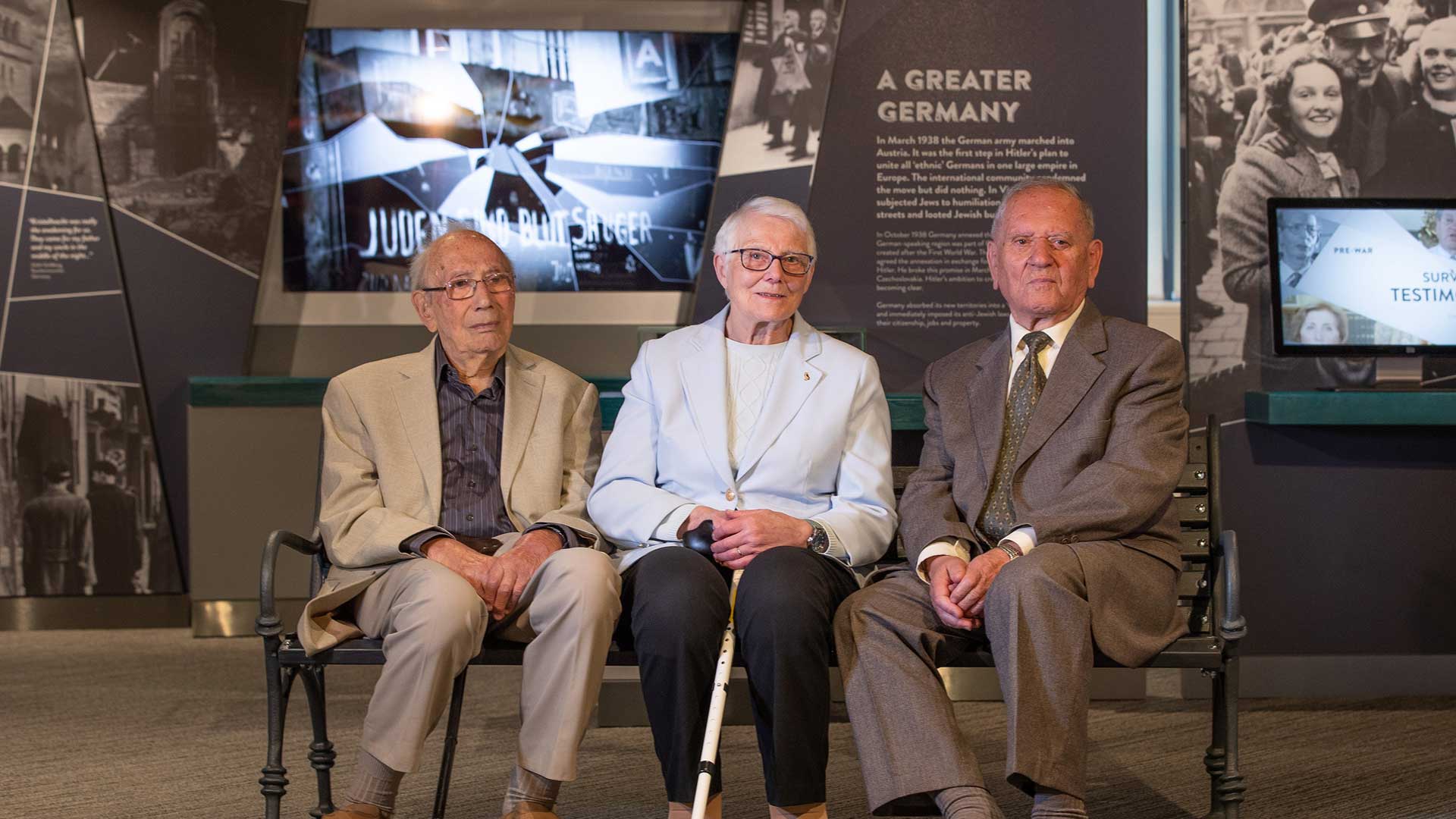 A NEW permanent public exhibition at the University of Huddersfield strikes a powerful warning note about the perils of anti-Semitism and all forms of racial prejudice by telling and illustrating the story of Nazi persecution of the Jews, culminating in the Holocaust.  It is based around the stories of survivors who made new lives in the North of England and includes evocative artefacts from the camps.

The Holocaust Exhibition and Learning Centre has been developed in partnership with the University by the Leeds-based Holocaust Survivors’ Friendship Association (HSFA) and financial support has included more than £600,000 from the national Heritage Lottery Fund.

An inaugural ceremony for the centre – located in a large, specially-adapted space on the University’s campus – featured performances of Jewish music and song and concluded with the Jewish prayer for the souls of the departed.

The centre was officially opened by Lord Eric Pickles, who is the UK’s Special Envoy for Post-Holocaust Issues and co-chair of the UK Holocaust Memorial Foundation.  There was also a speech by Sir Peter Luff, who is Chair of the Heritage Lottery Fund.

Based at the University of Huddersfield, the Holocaust Exhibition and Learning Centre in partnership with the Holocaust Friendship and Survivors Association (HSFA) in Leeds, is the first of its kind in the North of England and is home to the interactive and multimedia exhibition Through Our Eyes.

On display are the stories of a group of young people who survived Nazi persecution along with personal testimonies from survivors of the Holocaust, who settled and made new lives in the North of England.  Find out more in the video.

Earlier in the week, three of the Holocaust survivors whose stories have provided material for the exhibition were given a special preview of the gallery, which features copious photographs and text panels that tell the story of the rise of Hitler, the roots of Nazi anti-Semitism and the mounting persecutions of the 1930s, leading to the policy of exterminating Europe’s Jews.

The vast network of forced labour and death camps is illustrated and themes explored include the Kindertransport, which saw 10,000 Jewish children given refuge in the UK…although when war was declared many German Jews were interned as enemy aliens.

The mechanics of the Holocaust are described and there are explorations of how the civilian populations of the Third Reich responded to the atrocity.  There are also examples of resistance and humanity.  Albanian Muslims refused to hand over Jews to the Nazis and the Denmark managed to smuggle almost its entire Jewish population to safety in Sweden.

Touch-screens enable visitors to see and hear the testimonies of the survivors who have contributed to the Centre’s memory bank and there are display cabinets for items that include an example of the yellow star that Jews were obliged to wear in Nazi Germany and objects that include the uniform of a Polish prisoner in a Nazi concentration camp.  The uniform was secured on loan following visits to memorial sites of the former concentration camps of Buchenwald and Mittelbau-Dora.

The text panels describing the Holocaust, plus its origins and aftermath, were written by the Centre’s Director, Emma King, and Lilian Black, Chair of the Holocaust Survivors’ Friendship Association.

Lilian Black, whose father Eugene Black was round-up and sent to Auschwitz Birkenau in 1944, has been a driving force behind the creation of the Centre.  “We are not creating this Centre for the past, but for the future,” says Lilian and stresses the acute relevance of the exhibition to the modern world.  “The Centre will provide a wide range of teaching, learning and research opportunities for schools, students and communities to learn about the Holocaust, explore how it happened and its relevance for today.”

In addition to its Heritage Lottery Fund Award, the Holocaust Heritage and Learning Centre has received support from the University of Huddersfield, the Pears Foundation, the Toni Schiff Memorial Fund, the Association of Jewish Refugees plus a number of firms and patrons.

The Holocaust survivors who attended inaugural events for the new centre were Heinz Skyte, Trudie Silman and Arek Hersh.

Photos at the opening ceremony

Heinz Skyte, now in his nineties, has loaned a number of personal items to the new Holocaust Heritage and Learning Centre

The event was organised in conjunction with 6 million+ Charitable Trust