Professor Keith Laybourn is the expert guide to the 67 documents displayed in a two-part Twenties Britain website. The primary purpose of the new online resource is to provide teaching material, with the 1920s being an option in the A-level history syllabus

THE National Archives have posted online an array of fascinating documents and pictures that illuminate the history of the 1920s – a decade that saw enormous changes in British society – and a University of Huddersfield professor is the expert guide to the rich resources now available.

At the click of a mouse, it is possible to see and download letters, cartoons, photographs, official documents and handwritten notes that cover such topics as the General Strike, hunger marches and unemployment, the changing role of women, advances in transport and education policy, the rise and fall of political parties, housing policy and new leisure opportunities for the working class.

The material is supported and explained by accompanying online essays from Keith Laybourn, Diamond Jubilee Professor of the University of Huddersfield and a leading expert on the politics and society of the inter-war period.  His books cover topics that range from the General Strike and the rise of the Labour Party to the impact of mass car ownership and the advent of greyhound racing.

But despite the enormous political and economic upheavals of the 1920s, Professor Laybourn believes that the coming of the car was the most lasting legacy of the decade.

“There were around 300,000 motorised vehicles in Britain in 1920 and this number had increased six-fold by 1929.  Competing with other slower occupiers of the road – horse-driven vehicles, trams and pedestrians, ‘who held the right of saunter’ – motorised vehicles rapidly drove other users off the road,” he says. 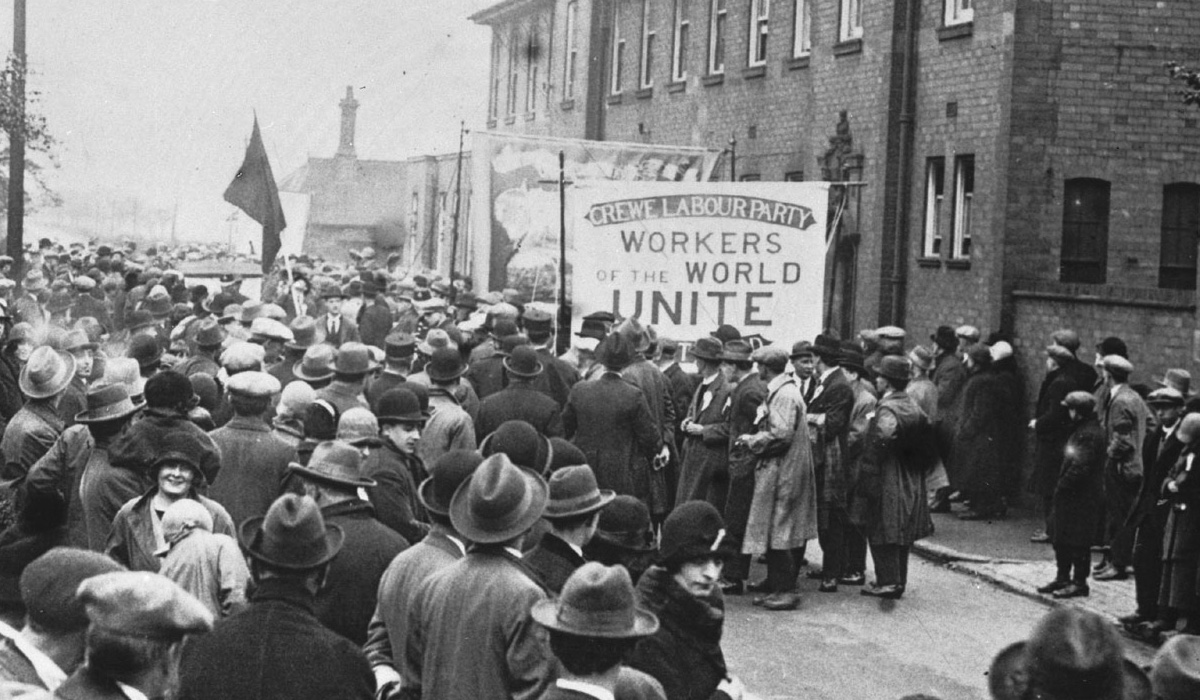 Workers protest in the General Strike of 1926

Professor Laybourn worked closely with The National Archives at Kew in the selection and interpretation of 67 documents that are displayed in a two-part Twenties Britain website, headed Decade of conflict, realignment and change.

A primary purpose of the new online resource is to provide teaching material, with the 1920s being an option in the A-level history syllabus.  Now, students and their teachers can go directly to primary source material for issues such as the first Labour Government in 1924, and the infamous “Zinoviev letter” that helped to subvert it.  The General Strike, the role of women in society, the establishment of the BBC and social issues such as an attempt to curtail nightclubs and to censor a film discussing birth control are among the many other topics.

Professor Laybourn has provided supporting text for both parts of the Twenties Britain website and his text is linked closely to the documents that are made available.

The online resources were curated by Clare Horrie, Education Web Manager at The National Archives.  She said: “This group of documents will encourage teachers and students to identify questions around key social, economic and political changes in this decade of Britain’s domestic history through exciting new original material not readily found available in standard history text books”.