October 1918 marks the centenary of the pandemic that claimed more lives than World War One – the Yorkshire city of Sheffield bore the brunt of casualties, according to Professor of Health History

JUST as the cataclysmic conflict of the Great War was in its death throes, a new killer emerged that would, on a global scale, be even more lethal – the Spanish Flu pandemic, which was at its most virulent in October and November 1918.

It claimed the lives of up to 50 million worldwide and was responsible for an estimated 150,000 deaths in Britain.  The country had one of the world’s most highly developed healthcare systems, but central government and local authorities failed to take meaningful action to halt the spread of the disease.

“The Government didn’t want people to panic, so they tried to keep it quiet,” said Barry Doyle, who is Professor of Health History at the University of Huddersfield.  He has been researching the pandemic and Britain’s response, with some of his findings relayed in a blog for the Wellcome Library.

It is titled Snuffing potash to ward off flu, a reference to one of the more eccentric responses to the flu outbreak.

“The only thing the authorities could do was publish advice and it varied from quite useful to completely odd,” said Professor Doyle.  “For example, there was a suggestion that permanganate of potash, salt and water could either be gargled or snuffed up the nostrils two or three times a day!

“Most of the advice was don’t go to crowded places, wrap up warmly, stay indoors, go to bed and wait till the flu passes.  But the problem was that adults had work to go to, plus commitments to children and at the beginning of the pandemic there was still a war on, so there was a lot of pressure on people to get to work, especially in industrial areas.  Sheffield had one of the highest mortality rates because it was a munitions town,” said Professor Doyle.

One upshot of this was that the mortality rate among healthy adults was disproportionately high and older people were less affected.

“The elderly did what they were supposed to do and stayed in bed, whereas younger people got up and went to work or tried to shake it off and then very quickly got septic pneumonia and died within three or four days.” 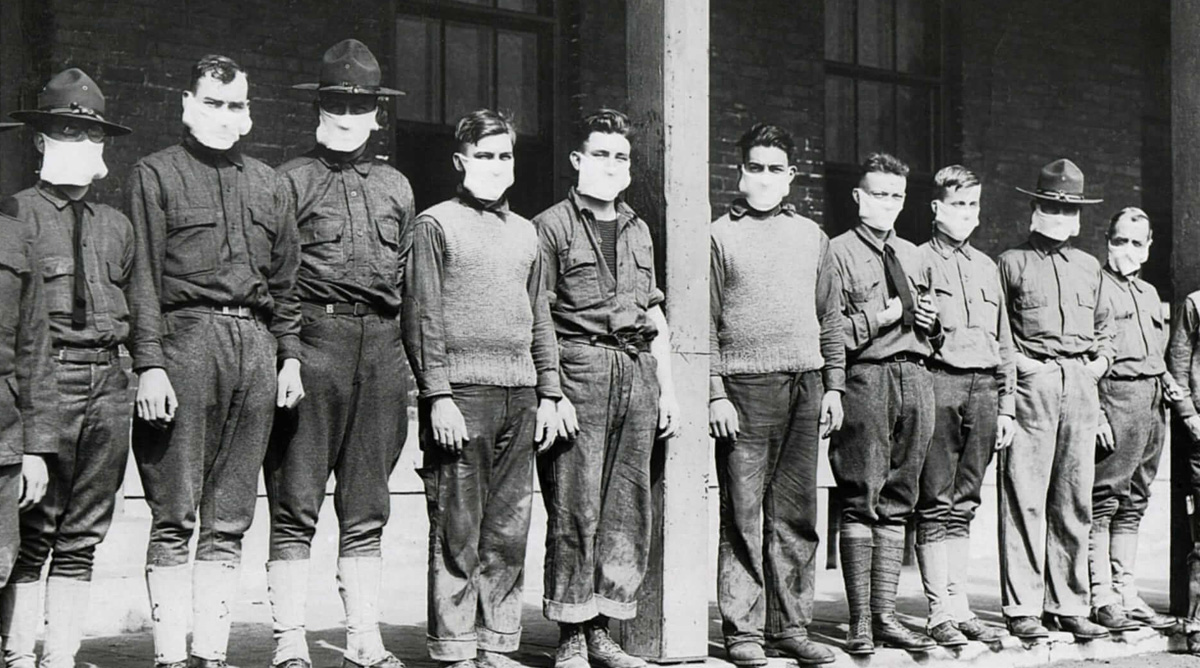 Prevention better than the cure

Infectious disease wards in hospitals could not admit patients because so many nurses were down with flu –and there was a shortage of nursing and medical staff anyway, because of the war, said Professor Doyle, who added that in some households there might have been three or four deaths, but bodies had to remain there because there were no fit gravediggers and coffin makers.

Although Britain had one of the best healthcare systems in 1918, it was controlled by local authorities and voluntary organisations, meaning that there was little that central government could do – apart from issuing an order that cinemas should be evacuated and ventilated every three hours – but the response was no better in any other country, said Professor Doyle.

The pandemic was one of the deadliest outbreaks in all history and it spread throughout the world, whether or not countries had been embroiled in the Great War.

There has been extensive research and debate over how and where the pandemic originated, although the first recorded cases seem to have been in a remote part of Kansas, in the USA, during the early part of 1918.  The global outbreak was eventually dubbed “Spanish” flu because Spain was a non-combatant in the Great War.

“This meant that the Spanish were talking about this epidemic, whereas the British, French and American Press were trying to keep it quiet,” said Professor Doyle.