After showcasing her stylish menswear collection at London’s Graduate Fashion Week and catching the eye of one of the world’s most iconic designer brands, Givenchy, Chelsea was offered a six-month paid internship to work in their print design studio in Paris.

JUST weeks after graduating in fashion design from the University of Huddersfield, Chelsea Flinn relocates to Paris, for an internship at Givenchy, one of the world’s most iconic brands.

It follows a successful showing of her collection in London and an excursion to Rome for its super-stylish Fashion Week. One of her goals now is to move to Amsterdam and work with one of the big name brands based there.

But a stint in Heckmondwike was also a very important part of Chelsea’s journey as it helped to shape her decision to focus on menswear and rugged outdoor clothing – with a stylish twist.

Chelsea is from Preston in Lancashire and she was awarded First Class Honours in  her Fashion Design with Textiles degree course, which included a work placement with the long-established clothing brand TOG24, based in Heckmondwike and specialists in high-performance outdoor wear.

“I loved it there, and the placement definitely influenced me,” said Chelsea.  “TOG24’s work ethic motivated me to make my way in the industry and work hard in my final year at the University”.

The placement also helped to firm up her preference for designing menswear, and Chelsea describes her approach as a “tailored street style”.  She goes for bright colours, rather than the blacks and greys often associated with men’s clothing.

Tutors urged Chelsea  to enter a European contest for young designers named Rebelpin, organised by the European Textile Collectivities Association, known as ACTE. She was selected as one of the ten finalists, and it meant a trip to Italy to display her collection at Rome Fashion Week.

She also took part in the London Graduate Fashion Week, where her portfolio of colourful menswear attracted the attention of visitors from Paris-based Givenchy. It led to an invitation to take up a six-month paid internship, based in the fashion house’s print design studio. So now she is off to France.

But she also has an ambition to move on to Amsterdam, which is home to famed menswear businesses such as Tommy Hilfiger.

Chelsea is set on a career in design, but her degree course equipped her with practical garment-making skills, from traditional techniques to laser and 3D pattern cutting, and she used these to produce the portfolio that caught the eye of European fashion experts. 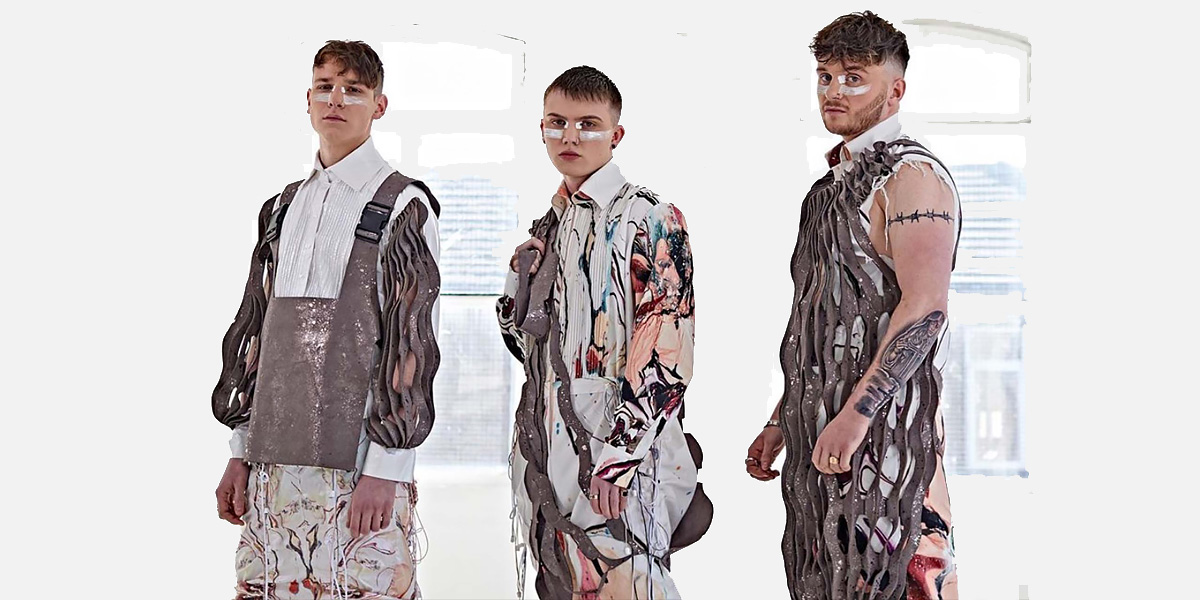 Sarah Williamson’s main ally in her campaign to draw attention to gender inequality in museums and art exhibitions is…a Barbie!