"There can be over 40 different music cues in one single programme," says Senior Lecturer in Music and Sound for the Moving Image Dr Julio d’Escriván

Music plays a major role in even the smallest television programme – now the University has linked with major music library The Nerve to offer Huddersfield’s young student composers a chance to hit the big time.

FROM tense crime documentaries to cheerful cookery shows, music plays a big role in setting the scene for countless TV productions.  This means plentiful opportunities for versatile composers such as students at the University of Huddersfield who are studying music and sound for the screen.

This equips them to create “library music” or “production music” – short tracks conveying a wide range of moods.  When it catches the ear of TV producers, the music can be used in programmes that are screened around the world, meaning a valuable income stream.

Now, Huddersfield students have forged a link with a major new player in the field, a music library called The Nerve, backed by leading members of the TV, music and creative industries.

The result is that two students, Jack Williams and Abbie Howard, have been given the opportunity to record albums of their music, so that they will join The Nerve’s network of 100 composers.

Also, a further 11 Huddersfield students will have their music featured on a compilation album.  They will receive a commission as and when TV producers buy their tracks. 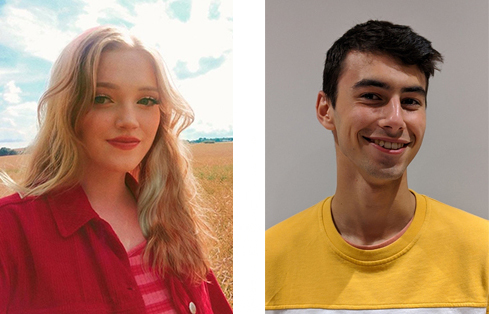 The University of Huddersfield’s Senior Lecturer in Music and Sound for the Moving Image is Dr Julio d’Escriván, a composer whose music has been widely used in commercials and documentaries.  He is published by The Nerve and played the key role in establishing its links with the students.

They were invited to submit tracks that were judged by a panel that included Channel 4’s Paul Lewis, editor Steve Templa, whose programmes have included the innovative comedy Outnumbered, and Steve Connelly who directs Horrible Histories for TV.

“They gave feedback on each piece,” said Dr d’Escriván, who added that most of the students who took part had a track selected for the compilation album.  The music of Jack and Abbie was judged to be particularly outstanding, leading to their own albums.

“The range of music provided by the students went from romantic, slow moving, pensive material right up to big orchestral stuff, going through rap and hip hop and techno.  It’s as diverse as the students are themselves,” said Dr d’Escriván. 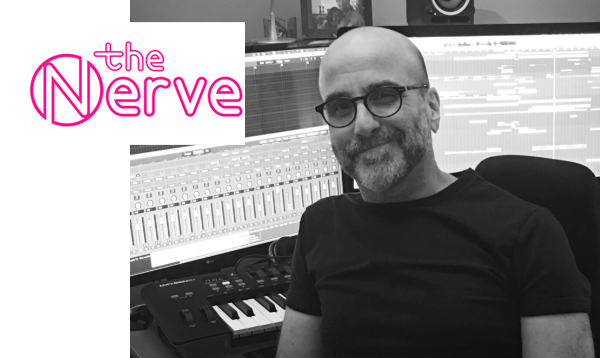 He explained that the compositions were aimed at British daytime and factual TV, which can be very lucrative for composers.

“Programmes like Location, Location, Location, the Great British Bake-off, Gardener’s World, The Antiques Roadshow and Homes Under the Hammer consume huge amounts of catalogue music.  I counted up to 40 different music cues in one programme,” said Dr d’Escriván.

He added that the moods underpinned by music in such programmes ranged from comedy and drama to suspenseful moments when people are making decisions.  “All of that has to be catered for.”

After British screenings, the programmes are widely exported to the English-speaking world and many are translated into other languages.  This means that composer royalties keep coming in even after programmes have left UK screens.

The students who took part in The Nerve project were based in the University’s Music Department and in its School of Computing and Engineering, which has a music technology course.  Dr d’Escriván hopes that the link with The Nerve will continue.

“I am very keen on embedding enterprise and self-employment skills into my modules,” he explained.  “I want my students to be prepared for the real world.”

Exploring the heaviness of heavy metal