The £100k 12-month project, led by the University of Huddersfield’s Professor Monty Adkins, will enable musicians and scholars to access to Gerhard’s groundbreaking scores for stage plays, radio dramas and films.

IN the 1930s, musician Roberto Gerhard fled his native Spain – wracked by Civil War – and settled in Cambridge, where he remained until his death in 1970 and where he became an influential pioneer of electronic music, working with tape machines in his home studio.  He provided groundbreaking scores for stage plays, radio dramas and films.

A professor at the University of Huddersfield – which has a global reputation for its research in the field of contemporary music – has now been awarded almost £100,000 for a 12-month project that will see Gerhard’s copious archive of electronic music, including scores for BBC radio plays, made available to all via the internet.

Professor Monty Adkins is a leading Gerhard scholar having already completed a project funded by the Arts and Humanities Research Council (AHRC) to digitise the 617 analogue tapes of Gerhard’s compositions that were archived at Cambridge University.

“It is an absolute treasure trove, full of Gerhard’s electronic music, his working materials and recordings of his own pieces,” said Professor Adkins.

“Roberto was one of the first people to have his own private studio in the UK, as early as 1954, four years before the BBC Radiophonic Workshop was established.” 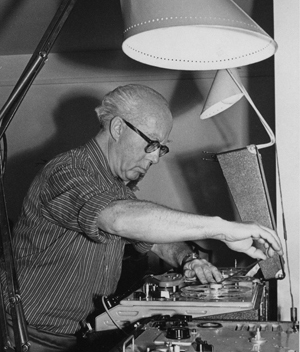 The initial Gerhard project led to two conferences at the University of Huddersfield and the publication of three books about the electronic music pioneer.  Now, the AHRC has awarded Professor Adkins a further £99,860 to create a website and educational resources that will make the archive material fully accessible.

There will also be a further conference, now scheduled for July 2021 after being postponed this year due to COVID-19.  It will be attended by leading scholars from eight countries and will probably lead to a further publication.

Roberto Gerhard’s home studio was based around the commercially available reel-to-reel tape recorders that he acquired and manipulated to produce innovative sounds.  He provided incidental music for live theatre, including a score for Sir John Gielgud’s King Lear at the RSC.  It was highly controversial and led to the production being a sell-out. 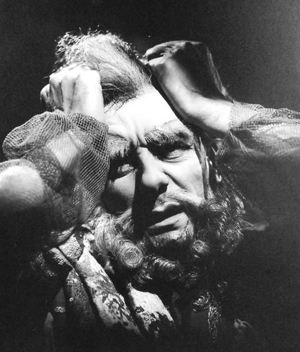 He also worked on BBC radio plays and his scores, alongside the texts, for many of these will be available on the new website to be created by Professor Adkins and his team.

Gerhard was a highly-accomplished, conventional musician and composer whose film scores included the music for the celebrated British social-realist drama This Sporting Life.  Although he also composed electronic scores, including the music for a 1963 film titled DNA in Reflection, which was premiered in the presence of Nobel Prize-winners Crick and Watson.

The 50th anniversary of Gerhard’s death is the ideal time to complete a project that will make his music and innovations more widely available and appreciated, said Professor Adkins.

Working with him on the new AHRC-funded project, as audio specialist, will be Dr Sam Gillies, who is manager of the University of Huddersfield’s Centre for Research in New Music (CeReNeM), and a website designer is to be recruited.

Call for black composers on the RSM exam board

Music that frames the characters of the Bond girls