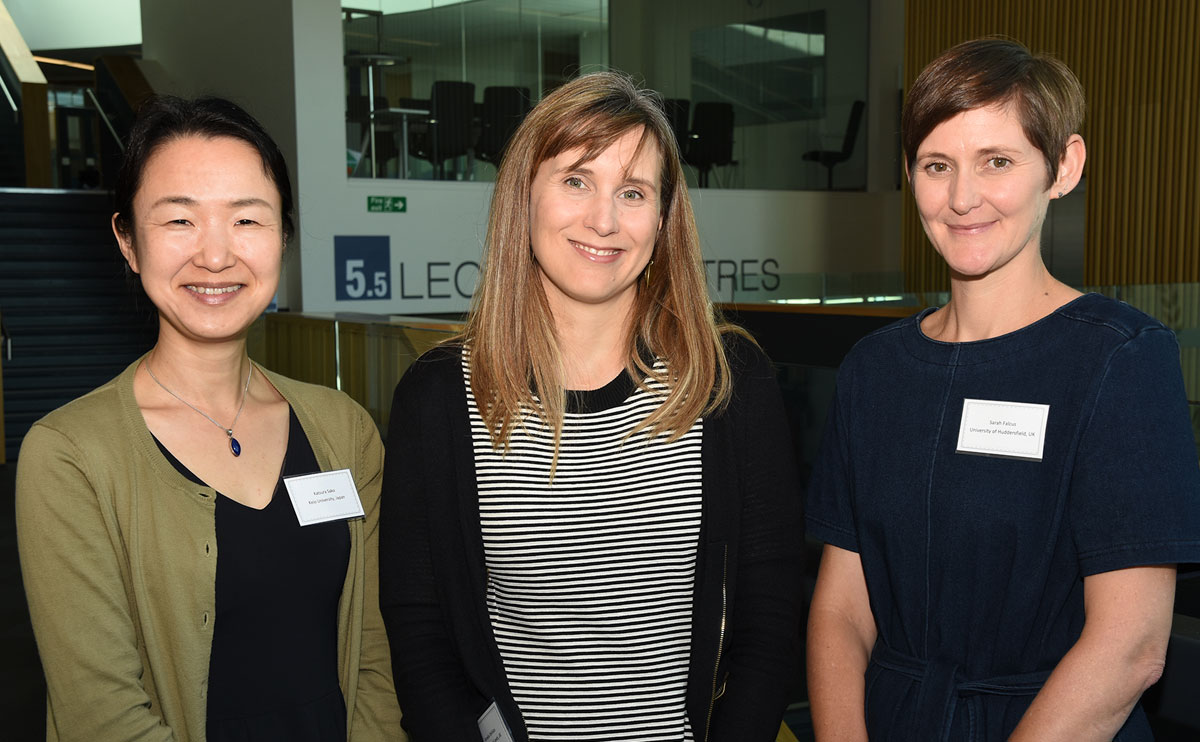 Despite the growing influence of the Age-Friendly movement, the roles of the true friend, the real friend, and especially the old friend are under-considered in studies of care, Professor Chivers, from Canada's Trent University, told her audience. She went on to consider how literature and film can help mitigate the cooptation of the ‘friend figure’ to neoliberal ends by illuminating the complicated significance of friendship to late-life care.

DEMENTIA is a matter of public debate as well as private experience.  Rising levels of dementia and statistical forecasts have produced a climate of fear and even crisis.  Representation of the condition in film, drama, literature and music have a major impact on public attitudes and understanding.  A global network of researchers is probing the issues and it held its latest conference at the University of Huddersfield.

Held over two days, Ageing, Illness, Care in Cultural and Literary Narrative featured a sequence of keynote lectures, research presentations and discussions covering topics that included Alan Bennett’s The Lady in the Van; depictions of old age in country music songs; the use of humour in exploring dementia; theatrical representations of illness and ageing; and the ways dementia is represented in charity videos.

The conference was organised by University of Huddersfield’s Dr Sarah Falcus, Reader in Contemporary Literature, in tandem with Dr Katsuro Sako of Keio University in Japan.  It was funded by the Japan Society for the Promotion of Science (KAKENHI: Project No. 17KK0030).  The conference is part of a wider research project in which Dr Falcus and Dr Sako examine the depiction of ageing and illness in British and Japanese children’s picture books.

Dr Falcus is also a founder and co-director of the Dementia and Cultural Narrative Network, formed in 2017 to link researchers around the world.  The University of Huddersfield event was the Network’s third conference and it attracted 45 delegates from countries including the UK, Japan, Canada, the Netherlands, Sweden and the USA.

“Dementia is a very difficult issue, obviously for people living with it but also for society at large.  It is often feared, even stigmatised,” said Dr Falcus.

“When we formed the network we wanted to bring together people who were working on the cultural side of dementia – how narratives shape our understanding of it.  There are people doing work in this area from all sorts of disciplines, such as sociology, anthropology, literature and film studies.”

In addition to dementia, the University of Huddersfield conference also dealt with a broad range of themes, including various therapies such as the use of assistance animals.  The field known as critical ageing studies was well represented.

Dr Bridie Moore – a Lecturer in Drama, Theatre and Performance at the University of Huddersfield – considered Peggy Shaw’s Ruff, an innovative theatrical show that explores Shaw’s experience after suffering a stroke.

The University’s Professor of Nursing History, Christine Hallett, spoke about a remarkable World War One military hospital that was the subject of two classic books from nurses who worked there.

Dr Falcus herself explored the depiction of generational disorder in Yoko Tawada’s The Last Children of Tokyo, a novel set in an isolationist, ecologically-damaged future Japan where children are weak and frail and old people experience rude health and longevity.

Professor Jessica Malay will scrutinise over 8,000 legal documents for clues about the lives of ordinary 17th century men and women

Professor Heather Clark is currently editing her new biography of the poet and novelist, titled Sylvia Plath: The Light of the Mind

Fears in Solitude – propaganda in Britain in 1798