Professor Jessica Malay’s team will scrutinise over 8,000 legal documents for clues about the lives of ordinary men and women across the UK and in the ‘New World’ colonies of Massachusetts and New Hampshire. 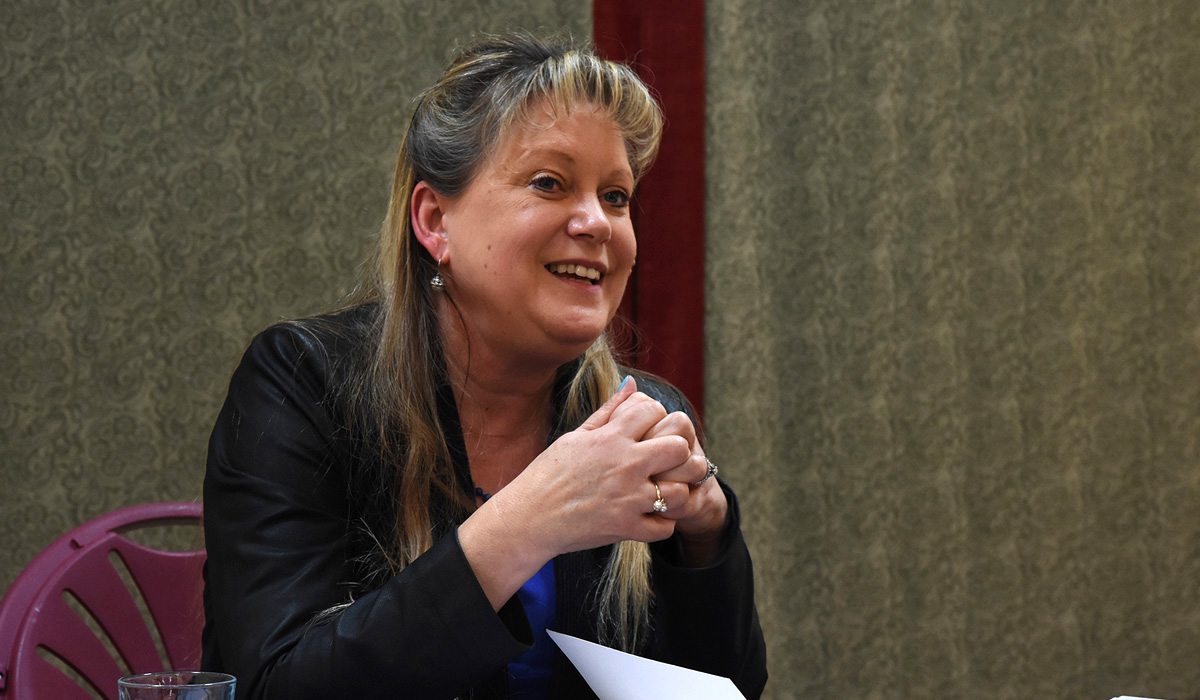 THEY lived through a century of turmoil that included a brutal civil war, the execution of a monarch and continual religious and political upheaval.  Now, the voices of the ordinary men and women of the 17th century will be heard again, thanks to a major research project at the University of Huddersfield.

Professor Jessica Malay has already published books and articles on the life and writings of the landed aristocrat Lady Anne Clifford and other elite figures of the period.  Now, she turns her attention to people on the lower rungs of the ladder and will use civil court documents from the 1600s in order to flesh out their lives.

“The material gives us an opportunity to look at ways in which people across the social spectrum told stories about themselves, how they illustrated their own lives and the language that they used,” said Professor Malay.

The Leverhulme Trust has awarded £335,595 for the three-year Research Project Grant, which is titled Autobiographical Acts in 17th-century England, Scotland, Wales and New England.  It will include an investigation of surviving court records in the New England colonies of Massachusetts and New Hampshire.

Professor Malay will be joined by her University of Huddersfield colleague Dr Alexander von Lünen, who will lead the development of a digital dimension to the project.  This will enable the researchers to organise and investigate the material according to categories including region, age, gender and occupation.

Life in the 17th century

The aim is to collate and examine 8,000 of what Professor Malay terms “autobiographical acts” – documents from civil court cases dealing with property, marital and other issues in which the parties concerned revealed details of their lives.  They can be anything from 50 words to 200 words in length, said Professor Malay.

“We are going to be looking at those little moments when they tell a story about who they are.  We are really interested in what words they are using.  We will listen to how they talked about themselves.”

The researchers will be able to analyse the response of people to their tumultuous times.

“We will make sure everything is dated so we will be able to analyse if there are any changes in the way that people are representing themselves because of political upheaval or because of life in the early settlements of New England,” said Professor Malay.  She and her team will also investigate how the people of Scotland and Wales represented themselves to explore if these differed from English representations.

Two research fellows are to be appointed to the project, which begins in May.  They will need special skills in reading the documents and script of the 17th century and knowledge of early modern autobiography.

The Leverhulme Trust was established by the Will of William Hesketh Lever, the founder of Lever Brothers.  Since 1925, the Trust has provided grants and scholarships for research and education.  Today, it is one of the largest all-subject providers of research funding in the UK, distributing approximately £80m a year.

Professor Jessica Malay has taken part in BBC Radio 3’s Free Thinking series of discussion programmes. In a new edition – available on BBC Sounds – that focussed on the history of divorce and landmark cases that established the rights of women to inherit property, she outlined and analysed the stories of Lady Anne Clifford (pictured) and of Mary Hampson in the 17th century. Professor Malay was responsible for the first print edition of Lady Anne’s Great Books of Record and is the editor of Anne Clifford's autobiographical writing, 1590–1676. She is also the author of The Case of Mistress Mary Hampson, about a 17th century woman who went through two court cases pursuing a separation from her abusive husband.

Shakespeare taken to task for view of Plantagenets

Dr Katherine Lewis made her third appearance on the BBC Radio 4 programme In Our Time, entitled Is Shakespeare History? The Plantagenets