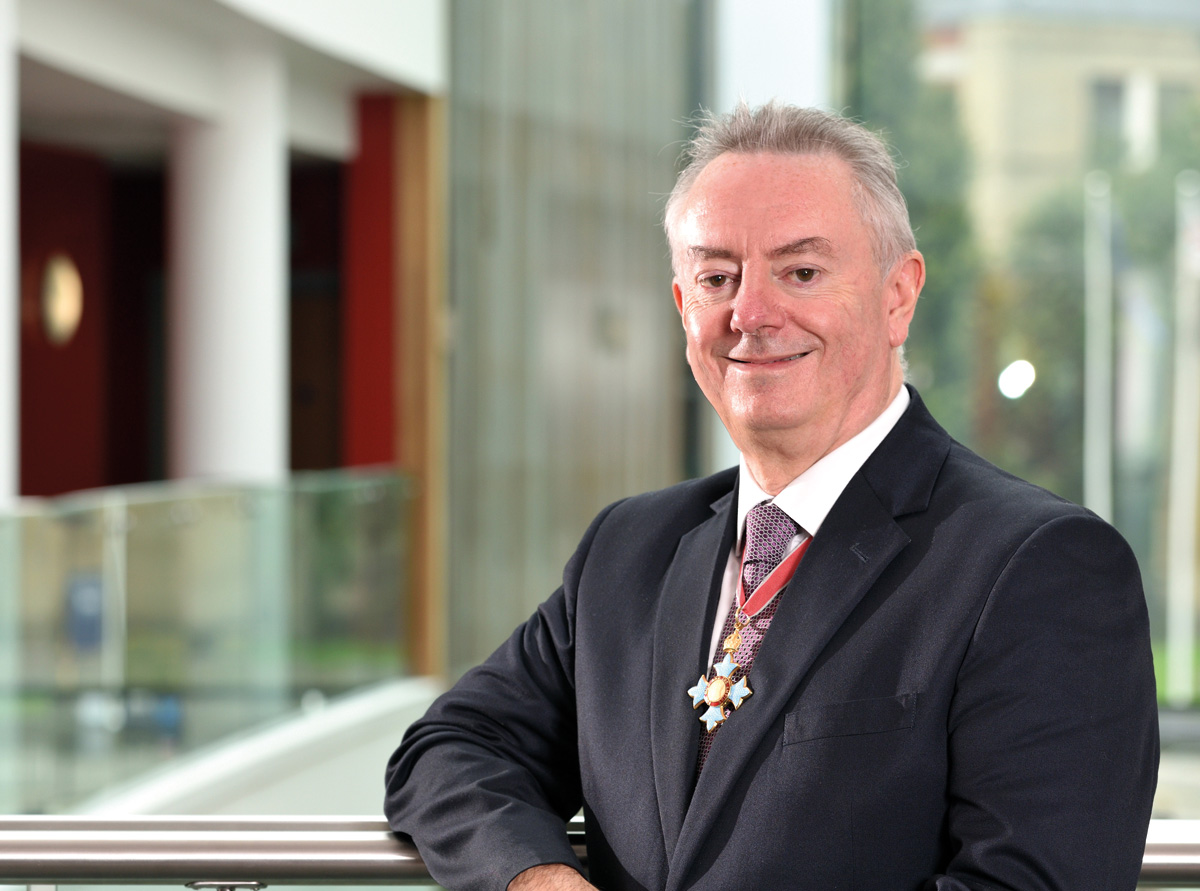 Professor Bob Cryan CBE was presented with the Examiner Business Person of the Year award for his success in achieving a global outlook and reputation for the University as well as his tireless work as a champion of the regional economy, benefitting not just the town but West Yorkshire as a whole.

Professor Cryan received his award from the Editor of the newspaper, Wayne Ankers, at a celebration awards night held at Huddersfield’s John Smith’s Stadium and hosted by BBC Look North presenter Harry Gration.  It is the second time that Professor Cryan has won the award having first held the title ten years earlier in 2009.

When presenting the award Mr Ankers told the audience of local business representatives how Professor Cryan ensured that the University continually strived to work with and help local businesses through a variety of initiatives.

“His day job is not where it stops,” said Mr Ankers, who praised Professor Cryan for taking the time to offer expert advice and stewardship to so many small businesses.  “You have inspired and helped so many businessmen and women over the years.  It is an honour to present you with this award.”

Last night’s accolade is the second of the year for Professor Cryan who in February was appointed as the new Chair of the Board of Companions of the Chartered Management Institute (CMI) and also became a member of its Board of Trustees.

Over the course of his career Professor Cryan’s many achievements include becoming the UK’s youngest professor of engineering, at the age of 30, and subsequently the youngest leader of a UK university upon his appointment to the role of Vice-Chancellor at the University of Huddersfield in 2007.

Under his leadership, the University of Huddersfield has also been recognised as the winner of the first ever Global Teaching Excellence Award, run through the Higher Education Academy, now Advance HE, and a Gold rating in the 2017 Teaching Excellence Framework.

Professor Cryan has been a member of the Leeds City Region LEP Board since 2013 and was appointed as a Deputy Lieutenant of West Yorkshire in 2012.