IT was an extraordinary expedition – to travel the entire 6,211 kilometres of China’s Yangtze River, photographing its varied landscapes and peoples at regular junctures.  It led to a book – described by one critic as the ‘work of a genius’ – containing stunning images that have been exhibited at major venues around the world, including the Venice Biennale.  Now, the project titled Mother River has helped to secure University of Huddersfield lecturer Dr Yan Wang Preston a prestigious award from the Royal Photographic Society.

She has been named as one of the RPS’s Hundred Heroines, a multi-national list compiled in a quest to find the world’s most inspirational female image makers.  The project was timed to coincide with the 100th anniversary of British women first being allowed to vote in a general election.

A panel of judges slimmed down the 1,300 nominees, and Chinese-born Dr Preston – who adopts her British husband’s surname – was selected as one of the top 100.

It is the latest landmark in a varied career that began with medical training and a post as an anaesthetist in China.  But photography was a passion and when she relocated to the UK in 2005 she studied the subject at college and university, culminating in a PhD awarded in 2018, when she also took up her teaching post at the University of Huddersfield.

Photography students have been fascinated by her working methods, which include the use of a large format, single-shot plate camera on her ambitious location shoots.

“It’s almost an antique way of working!” she confesses.  “But I prefer to adopt a reflective approach and a large format camera goes with this.  It forces me to think quite a lot.”

She adds that she is also open to the use of digital photo-editing software.  “So perhaps I get the best of both worlds!” 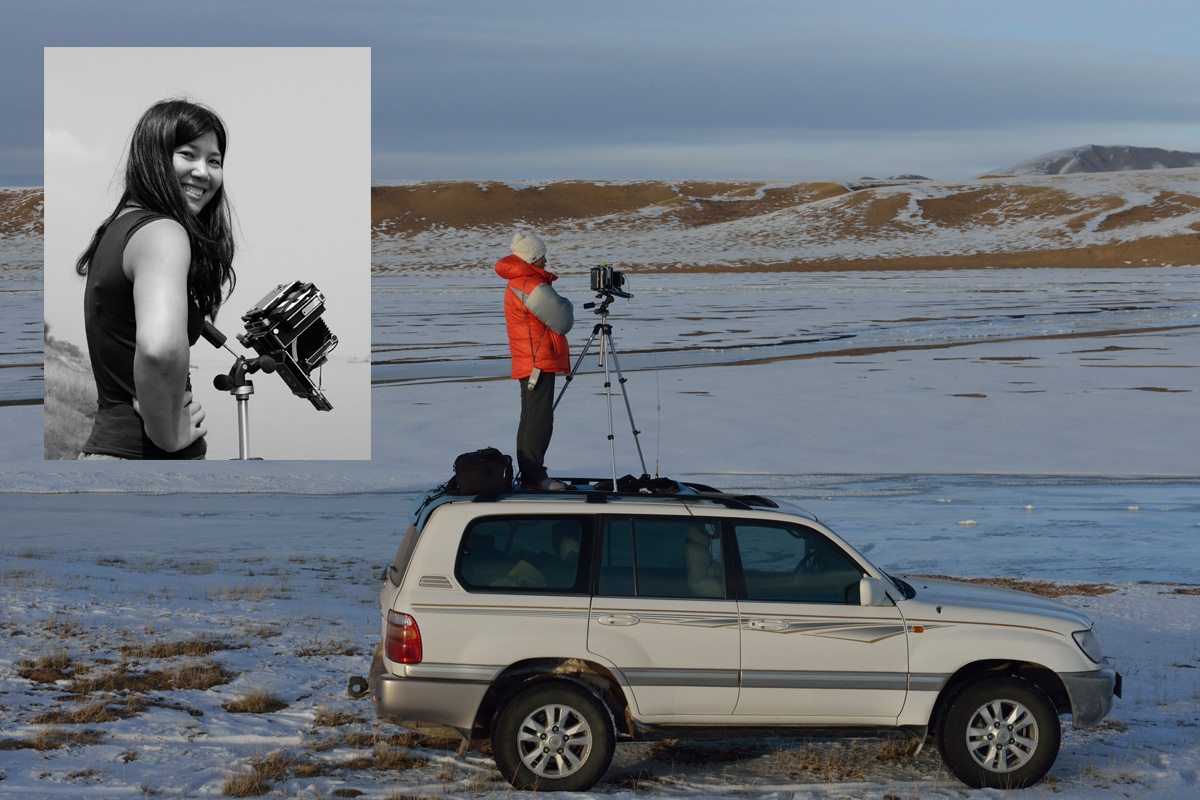 Yan Wang Preston waiting for the light at Y4 during her Mother River project, 5 Nov 2013

The Mother River project to document the Yangtze was a formidable logistic as well as a photographic challenge.  Following the course of the river travelling in 4x4 vehicles, she decided to take pictures at precise 100 km intervals – meaning 63 stopovers.  The result was an immensely varied portfolio and it was the first time that the entire river had been photographed, therefore subverting what Dr Preston describes as a “regional hierarchy” in the way that the Yangtze has been depicted.

The river has an iconic significance in Chinese culture, and one of Dr Preston’s aims was to demystify the Yangtze.  Her pictures have been exhibited and won awards in China, where one critic commented that “the Mother River has now stepped down from her high altar”.

A parallel project in China was named Forest, which has also led to a book, awards and major exhibitions, including Somerset House in London.  It is a study in the politics of urban nature, said Dr Preston, who photographed large numbers of transplanted trees in Chinese towns and cities.

“New Chinese cities want to be green.  But they don’t want to plant new trees, because that takes too long.  So they buy mature trees from elsewhere and you have a very strange landscape where the shopping malls are brand new and shiny, but surrounded by these struggling old trees with all the branches chopped off.”

The books Forest and Mother River by Dr Preston were both published by Hatje Cantz in 2018.  One critic described the latter as “a work of a genius and an eye-opening experience”.  In addition to numerous exhibitions, Dr Preston’s work has been collected by institutions, such as Wuhan Art Museum in China, Syngenta, Swatch, as well as private collectors worldwide.

At the University of Huddersfield, she encourages photography students to aim for high standards, both technically and in the way they think about their subjects.

Professor Nic Clear’s model of an underground city for three million people, entitled Chthonopolis, is on display at the Royal Academy