ONE of the global events that marked 2018’s World Refugee Day was an exhibition in Bucharest featuring the work of the University of Huddersfield’s Alex Beldea.

He is a PhD researcher who uses photography to document the experiences of refugees and asylum seekers.  At the National Museum of Contemporary Art in the capital of his native Romania, the six-day exhibition titled Noi (Us) consisted of portraits taken by Alex combined with photos of family and home supplied by the subjects.

They are refugees from Syria, Iraq and Afghanistan who are being aided by the Romanian organisation ActivRandom.  In addition to sitting for Alex, they provided him with images from their cameraphones or pictures they had brought with them on their journeys.  The exhibition also featured video interviews conducted by Alex.

Noi was timed to coincide with the UN-backed World Refugee Day on 20 June and was part of an event named OmFest, described as “the first festival in Romania that celebrates us, the humans, exactly as we are with all artistic and cultural differences”.

When he carried out his research and photography for Noi, Alex was intrigued by the variety of the experiences he was documenting.

“When I started working on this I was expecting many similar stories.  But they were so diverse and this helps you to understand how complex the whole situation is,” he said. 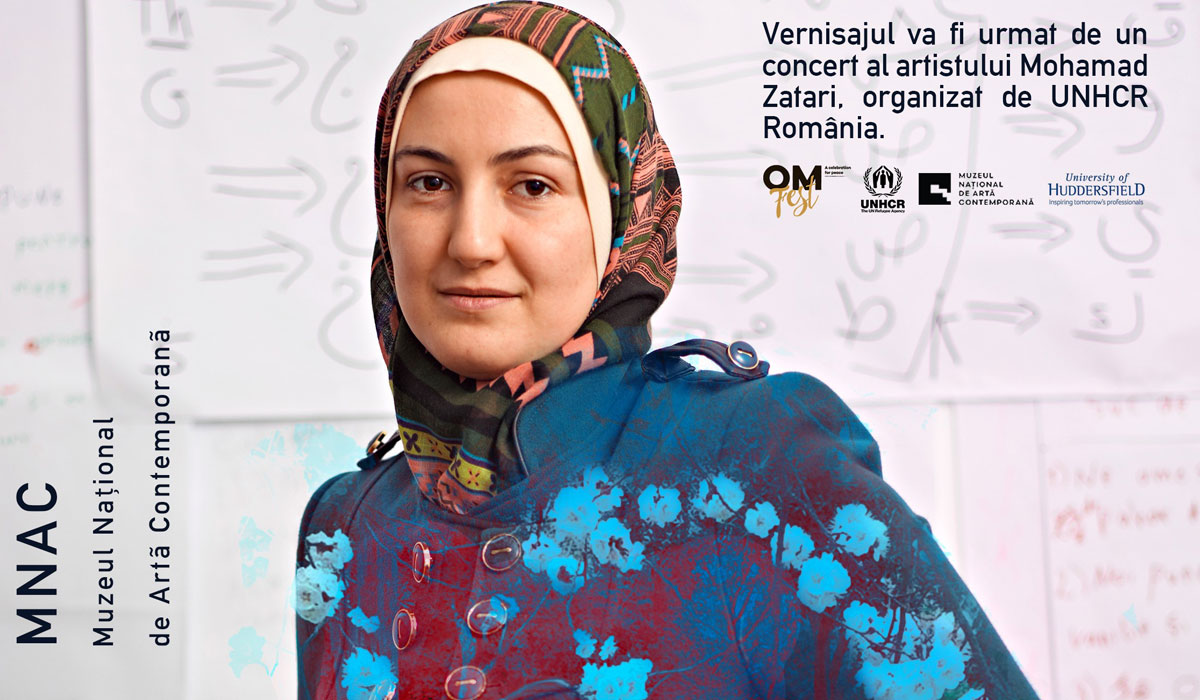 After completing his MA degree at the University of Huddersfield, Alex embarked on his practice-based doctorate.  The material for the Bucharest exhibition will form part of it.

His website includes  photographs from previous projects in which Alex documented the lives of migrants and asylum seekers.  They include Valid for Travel, which consists of portraits and interview with Syrian men who had sought refuge in Britain.  It earned a major bursary from the Association for Photography in Higher Education, was published in the British Journal of Photography and exhibited at the New York Photo Festival.  Later in 2018, it is due be published as a photo book by the Tide Press.

Alex’s project named Asma documents the struggle of asylum seekers in Salzburg, and it received two “honourable  mentions” in the 2016 International Photography Awards.  It has been exhibited at Huddersfield Art Gallery.

Anneké Pettican, the art collective Brass Art and their exhibition, that-which-is-not, on display in Lancashire