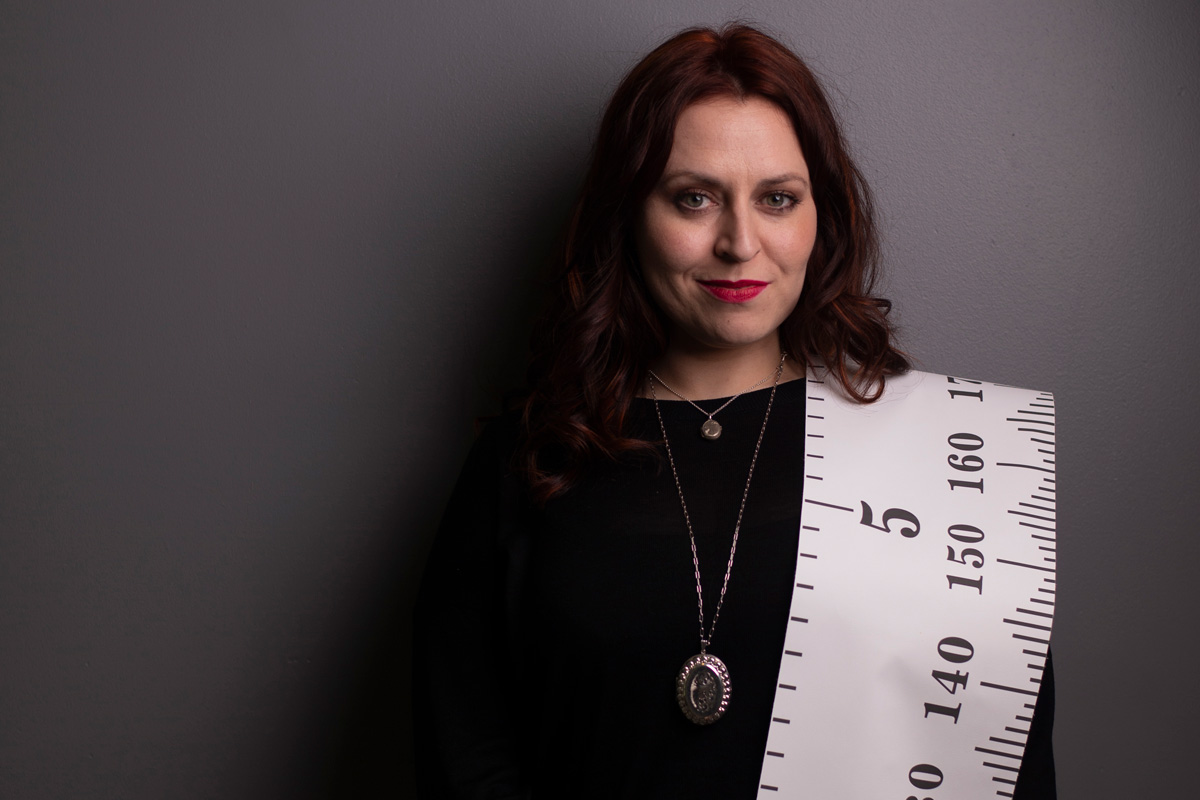 UNIVERSITY of Huddersfield lecturer Dr Jade Halbert’s area of expertise is the history of the British fashion industry and its shifting fortunes over recent decades.  Now, she has earned the opportunity to describe and discuss her findings to large new audiences via BBC radio and TV.

After an exhaustive selection process conducted by the BBC and the Arts and Humanities Research Council (AHRC), Dr Halbert has been named as one of 2019’s New Generation Thinkers.  It means that she joins an elite group of ten academics from different UK universities and colleges who will receive media training and be given scope to make programmes for BBC Radio 3 and other outlets.  BBC 4 is also a partner in the scheme, so there is a chance to devise and present a TV programme.

The New Generation Thinkers are selected after a national call for research ideas that have the potential to be shared through the media.  Dr Halbert – who lectures in Fashion Business and Cultural Studies at the University’s Department of Fashion and Textiles – was one of hundreds of applicants who are in the early stages of their research careers.

She was selected for a shortlist of 60 invited to take part in a series of day-long workshops at the BBC in Salford and London.  “I had to pitch a programme idea, participate in a debate and to contribute to discussions,” she said.

Her potential was evident, and Dr Halbert was named as one of the New Generation Thinkers.  She has already received media training from the AHRC and over the coming year she will be mentored by the producers of Radio 3’s Free Thinking.  She has already been heard in an edition of this programme titled The Joy of Sewing.

The New Generation Thinkers will also contribute episodes of Radio 3’s The Essay and the group makes its public debut at BBC Radio 3’s Free Thinking Festival at Sage Gateshead on Saturday 30 March.

Alan Davey, the Controller of BBC Radio 3, commented that since its launch in 2010, the New Generation Thinkers scheme had supported and nurtured some extraordinary academic talent.

“I can’t wait to hear what ideas these ten exciting thinkers will bring to us in the coming year,” said Mr Davey.

Dr Halbert has lectured at the University of Huddersfield since 2017.  Glasgow-born, she did a first degree at the London College of Fashion and then spent several years working in the fashion industry before taking postgraduate degrees, including a PhD in history that examined the functions of the British fashion industry in the post-war period, seen through the lens of a Glasgow case study.

Her research focusses on the fashion and clothing trade and the people who worked in it as far back as the 1840s, but her current focus is on the UK industry from the post-war years to the end of the twentieth century and its precipitous decline.  Massive social changes brought this about, said Dr Halbert.

“After reaching a productive peak in the 1960s and 1970s, people stopped wanting to work in fashion factories.  They wanted to work in the service sector and we went from being the workshop of the world to being the secretarial school of the world.

“It just wasn’t very prestigious to work in the ‘rag trade’, as it was called.  It wasn’t well paid and wasn’t well regarded socially, despite the fact that it was incredibly skilled work – as anybody who has ever sat at a sewing machine will tell you.”

There is now a prospect that factors such as Brexit and younger people’s concerns about the sustainability of fashion and its impact on the environment could result in manufacturing returning to the UK.

“So it is a question of how much we can learn from the post-war period, when fashion manufacturing was such a dynamic and vibrant sector,” said Dr Halbert.