Professor of Precision Metrology Dame Xiangqian Jiang has been selected alongside eleven others as a strategic advisor to Engineering and Physical Sciences Research Council Executive. 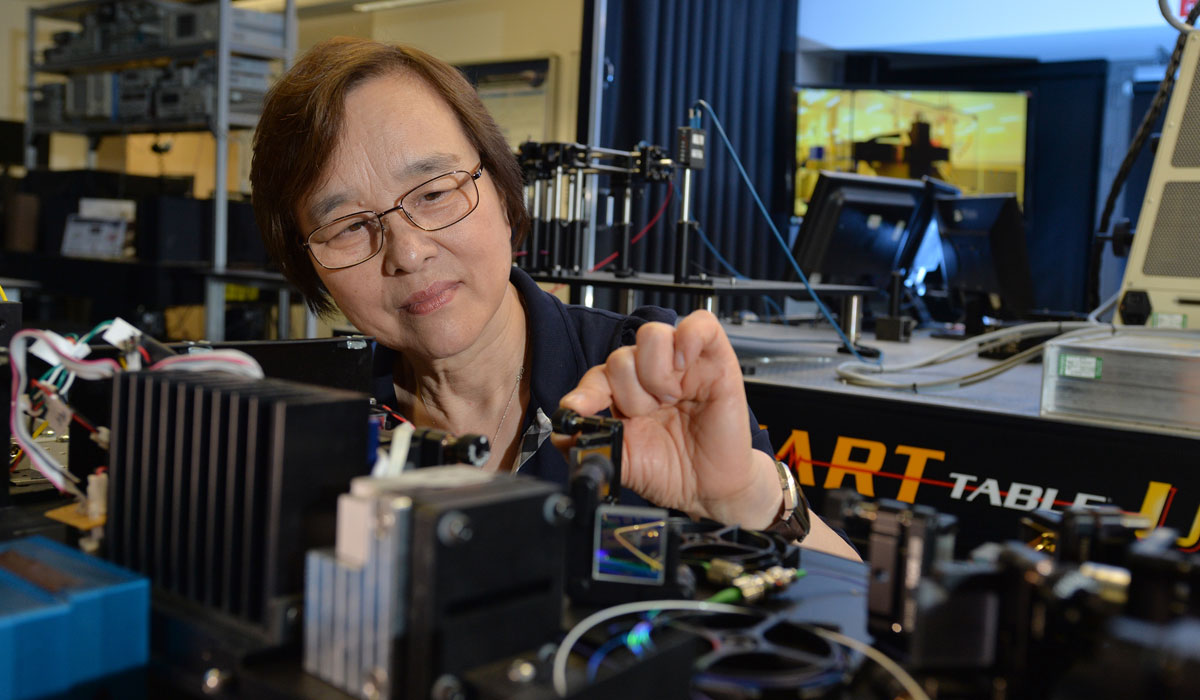 ANOTHER year and another national accolade for one of the University of Huddersfield’s leading professors.

Dame Xiangqian Jiang is a Professor of Precision Metrology at the University of Huddersfield’s Centre for Precision Technologies and has recently been appointed to be one of twelve strategic advisors to the Engineering and Physical Sciences Research Council (EPSRC).

The twelve advisors will form the EPSRC’s Strategic Advisory Network (SAN).  Their role is to provide the EPSRC Executive with strategic advice to assist in the development, implementation and modification of plans, and to make appropriate recommendations to its Council.

The Network is designed as a flexible resource, enabling the Executive to obtain advice, by drawing on a range of perspectives from across key stakeholder groups including academia, business, third sector and government.

Professor Jiang is one of the University’s most celebrated engineers and this accolade is another tribute to add to the list of honours which she has received over the last 12 months.

At the beginning of 2017, she was recognised in the Queen’s Birthday Honours List and was made a Dame Commander of the Order of the British Empire for services to Engineering and Manufacturing.

Later that same year, she was chosen as one of five engineering advocates to promote and entice youngsters into the profession for the Government’s campaign entitled the Year of Engineering.

As the year came to a close Professor Jiang also became the Director of the University’s £40 million EPSRC Future Metrology Hub.  The vision of the Hub is to transform UK manufacturing through inter-disciplinary collaboration and is one of only eight EPSRC-funded Future Manufacturing Research Hubs in the UK.

The EPSRC strategic advisors were chosen from the world of both academia and industry, with industrial representation coming from multinationals including Arcinova, AstraZenica, BAE Systems, Dstl, Rolls-Royce plc and Wood Nuclear.

The smart language that enables designers, AM engineers and inspectors to improve the process, power usage and production costs