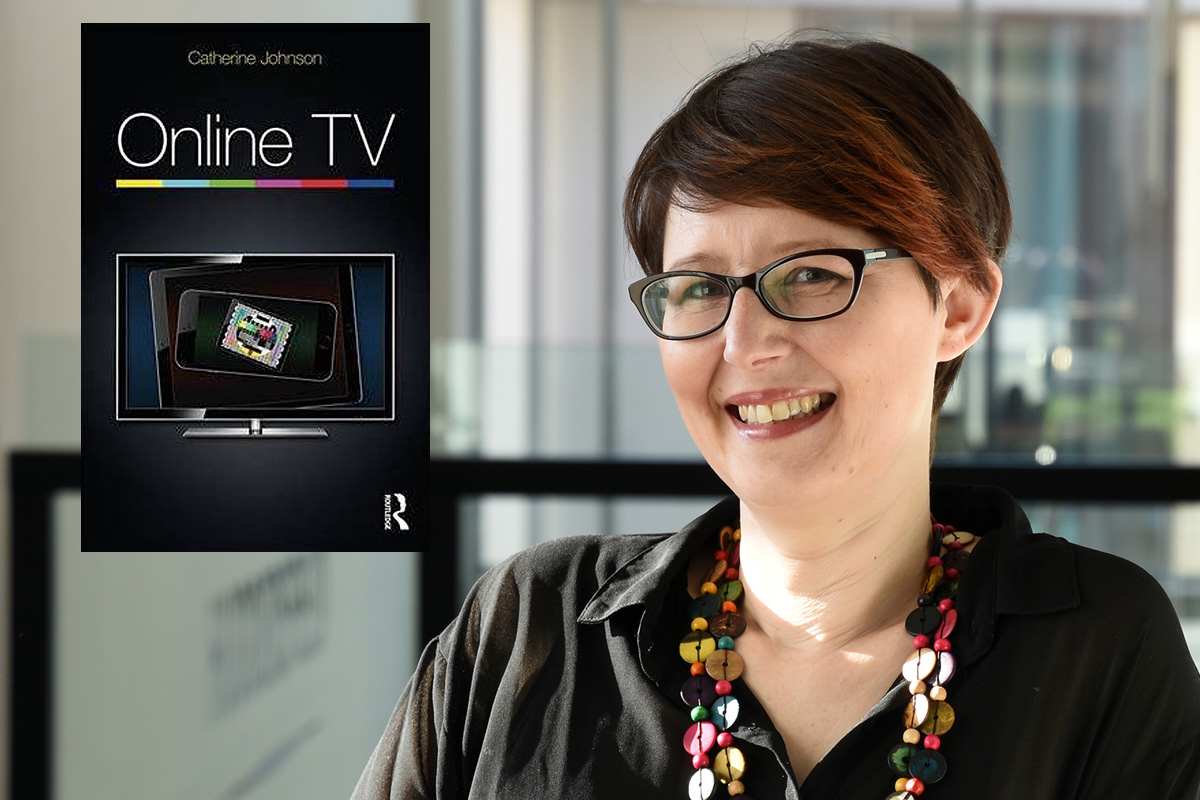 ONCE it was just the gogglebox in the sitting room with a few broadcast channels to choose from and no chance to catch-up on programmes that had been missed.  But in the internet age it can be difficult to know what is meant by “television” any more, according to a University of Huddersfield professor whose latest book helps readers reach a clearer understanding of a new landscape in which a huge range of content can be chosen and viewed on a multiplicity of devices.

In Online TV, Catherine Johnson – who is Professor of Media and Communications at the University – provides a guide to changes that have taken place since the arrival of high-speed broadband, tablets, smartphones and internet-enabled TV sets.  It has been a period of particular volatility, she writes.

“Trying to make sense of television in the internet era can be likened to the task of unravelling a tangled ball of wool.  All the strands seem to be inextricably interconnected, but in ways that are not clear or visible and it can be difficult to know where to begin.”

Her goal is to offer “conceptual models that provide a clearer language with which to analyse changes that are taking place to television in the internet age”.  The book identifies and analyses four core “battlefields” where the industrial struggle for online TV is taking place – technology, intellectual property, interfaces and data.  She argues that these battlefields should be high on the agenda of policy makers, regulators, industry and academics.

Professor Johnson provides a definition of online TV as services that “provide access to editorially-selected audiovisual content through internet-connected devices with a closed infrastructure, and privilege viewing over other forms of activity”.

This means that online TV – because it is editorially selected – is differentiated from the likes of YouTube and Facebook, and shares characteristics with earlier forms of television, according to Professor Johnson.

“History teaches us that there are never massive revolutions and there is always continuity amidst the change,” she says.  “In the book, I argue that we can have a definition of television that accounts for things like Netflix, iPlayer and other on-demand players, and also the older, linear television channels.”

Online television – does the viewer really have control of what they view?

Professor Johnson expects there will be continued volatility because of the dominance of the technology industry and its business model of constant innovation.

“The industry likes to say that the viewer has more control because in today’s world we can watch television where we want, when we want and how we want,” said Professor Johnson.  Her response in the book is to examine how the online TV industry is actually using interfaces, algorithms, intellectual property and technology to try and constrain the agency of viewers.

“Viewers still have the ability to be disruptive in various ways.  So it is a kind of battle, but I challenge the industry rhetoric that today the viewer has complete control,” said Professor Johnson.

She contemplates the role of the BBC, the future of public service broadcasting and of programme making that reflects the diversity of Britain’s regions.

“It is unlikely that big commercial companies like Netflix, operating global businesses, are going to produce diverse regional programmes.  Netflix has produced The Crown – its attempt at British content – but that’s about the elite and will sell well overseas, but it’s not about what it’s like to live in Huddersfield!”

The new book Online TV builds on Professor Johnson’s previous research into the changing nature of screen culture.  She has authored or co-authored the books Promotional Screen Industries, Branding Television and Telefantasy, and she has co-edited the first academic book on the history of ITV.

At the University of Huddersfield, in addition to her research, she will teach on the new MA in Participatory Culture and Social Media and is developing an undergraduate module on Streaming Media.