Professor of Drama Franc Chamberlain edited the entire series and contributed his own volume exploring the work of Russian born actor, director and teacher Michael Chekhov 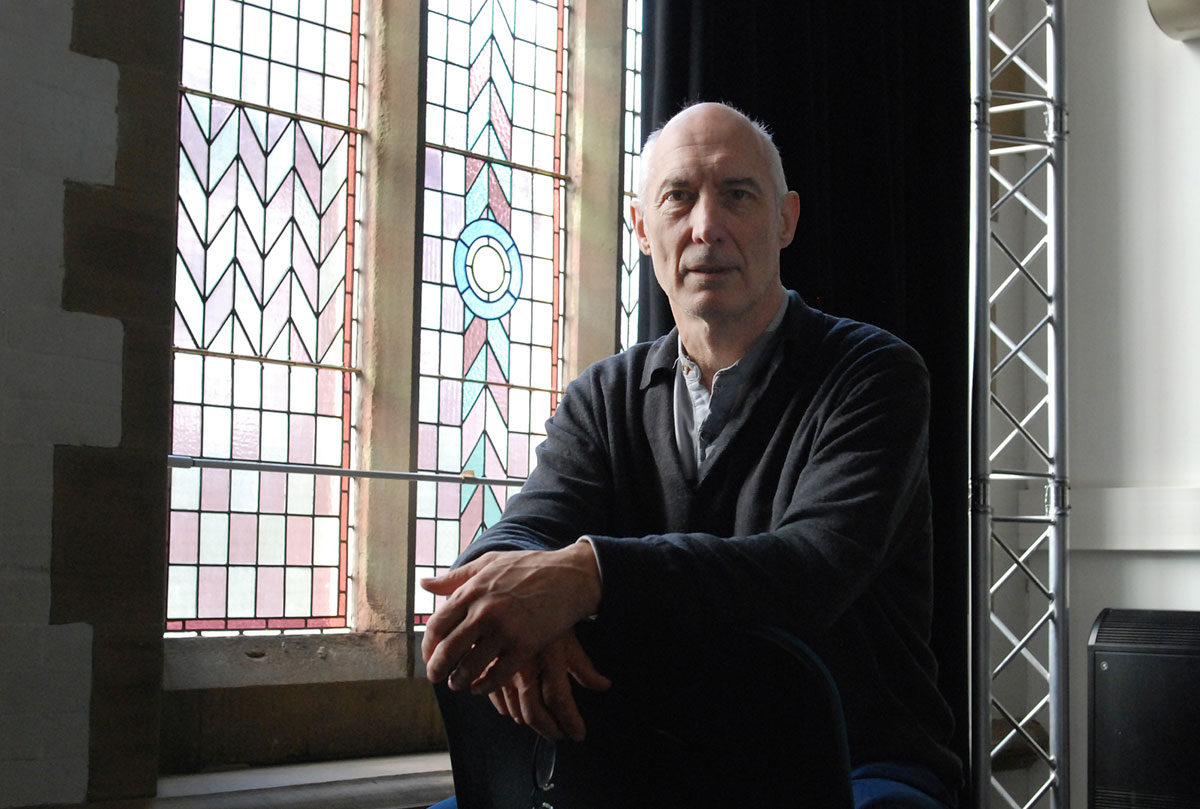 FOR almost 20 years, a series of books edited by a University of Huddersfield professor that deal with the work of major theatrical innovators has been heavily used in drama schools and universities and by actors and directors around the world.

Now, the 22 books in the Performance Practitioners series, published by Routledge, are being reissued and many of the volumes are revised editions, incorporating recent discoveries.  These include the volume dealing with influential Russian-born actor, director, and teacher Michael Chekhov, written by Franc Chamberlain, Professor of Drama at Huddersfield, who is also the editor of the entire series.

“One of the intentions of the Performance Practitioners series was to combine theoretical aspects of actor training with the practical, so these would be handbooks that people could use in a studio rather than a library,” said Professor Chamberlain.  There was no comparable series that could be used as part of theatrical practice in this way, he added.

In the decade up to 2010, the series grew to 22 volumes, dealing with the work of famous figures such as Joan Littlewood, Konstantin Stanislavsky and Bertolt Brecht, all written by leading experts.

Now, publishers Routledge have rebooted the series and commissioned bold new covers that feature abstract designs that ingeniously represent the subject of each book.

The publishers state that: “The books are carefully structured to enable the reader to gain a good grasp of the fundamental elements underpinning each practitioner’s work.  They provide an inspiring springboard for students on twentieth century, contemporary theatre and theatre history courses”.

In addition to the reissues and the revised editions, the series is also set to expand and Professor Chamberlain will now work with a co-editor, Dr Bernadette Sweeney of the University of Montana.  Already commissioned is a book on the 20th century French actor and director Antonin Artaud.  He was an obvious gap in the series, said Professor Chamberlain, and other likely new subjects are Dario Fo and Martha Graham.  Also, there are to be books on innovative theatrical ensembles, such as the UK-based Frantic Assembly.

Michael Chekhov, nephew of the famous playwright Anton, has long been a key research subject for Professor Chamberlain.  The Russian actor-director, who went into exile from Soviet Russia and lived and worked in Germany, France, England and America until his death in 1955, developed a “psycho-physical” approach to acting and wrote an influential text book, To The Actor.

When Professor Chamberlain was working on the first edition of the book, with the aid of an AHRB research grant, there were very few publications addressing Chekhov’s work, but by 2018 that number had increased greatly and he felt it was necessary to produce an updated edition of his Performance Practitioners volume.  Several other contributors to the series have also taken the opportunity to revise their work.

The University, Kirklees Council and Arts Council England will unite to create of a cultural quarter in Huddersfield