Buying clothes online in lockdown? Prior to the current pandemic, the University held a seminar on the unseen exploitation in the textile and fashion industry. Corruption, exposure to toxic chemicals, poor working conditions and child labour, all things regularly witnessed by the global textile industry.

TO bring affordable ‘fast fashion’ to the UK, garment workers on the other side of the world are made to work in shocking conditions.  For this to change, British consumers must be made more aware of them and need to reconnect with the textile industry in order to view it as a quality trade.  These were the messages that came out of a seminar headed by an expert fashion panel at the University of Huddersfield.

Study Textiles and Fashion at Huddersfield

Entitled [Un]Fair Fashion: Exploring the issues around ‘human costs’ in the textile and fashion industry, the seminar was organised by Elsie Hargate from the University’s Environment and Sustainability Team and chaired by Dr Jade Lord, Acting Department Lead in Teaching and Learning from the Department of Fashion and Textiles in the School of Art, Design and Architecture.

The panel consisted of fashion and industry experts including the University’s Dr Jade Halbert, a fashion historian recently named as the Arts and Humanities Research Council and the BBC’s New Generation Thinker.  She was accompanied by Sharon Jones, a freelance fashion designer with over 17 years industry experience who is currently studying an MRes in localism and future fashion sustainability, and Huddersfield journalism student and fashion enthusiast Olivia Cunliffe, who has recently launched a new sustainable clothing range known as Green Garms.

The seminar began with the screening of two films, White Gold: The True Cost of Cotton and Toxic Price of Leather.  Both contained shocking images of corruption, exposure to toxic chemicals, poor working conditions and child labour, all things regularly witnessed by the global textile industry.

The question, opened to the floor from seminar chair Dr Lord, was whether the panel felt it was important for UK consumers to have an awareness of the horrific conditions displayed in the films and if it was, who’s responsibility was it to educate them.

They unanimously agreed that one hundred percent of consumers must be made aware of the inhumane conditions in which garment workers globally are made to work.

“I believe it’s the responsibility of unethical brands to be more transparent about what it is they are actually doing and how they are making the clothing,” said Olivia who added that consumers also needed to stop taking everything at face value and actually do some research and assess where their clothes come from. 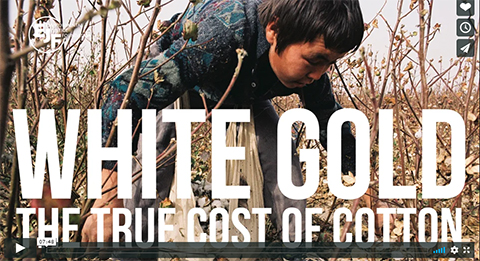 Click to watch - 'White Gold: The True Cost of Cotton'

Sharon Jones admitted that after years of being in the fashion industry she was ‘a hardened industry cynic’ and after visiting India and China many times in her career, had seen time again that the number one priority for fashion companies was not people or planet, but profit.

She argued that although she agreed that as consumers, we have a responsibility to make the right choices, she believed that it is also down to the owners of the industry and their business ethics.  “While there are good brands out there who have got a conscience, predominantly it’s about money, making money and increasing profit and margin,” she said.

Sharon referred to the tragic 2013 Rana Plaza disaster as the fashion industry’s Blue Planet where the collapse of the Rana Plaza building in Dhaka, Bangladesh, which housed five garment factories.  The collapse of the structure killed 1,132 people and more than 2,500 were injured.

“We all saw the awful footage of plastics in our oceans,” said Sharon. “After the Blue Planet film, we stopped using plastic straws overnight however, the stark reality is the world cares more about the planet and its animals rather than the people in it, so the same kind of impact just hasn’t been felt from the disaster in Bangladesh.” 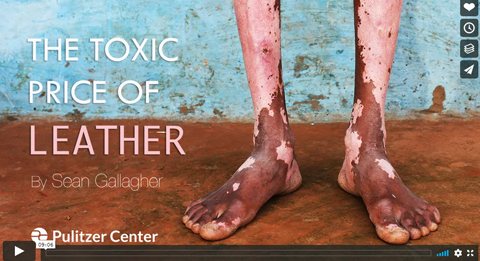 Dr Halbert compared today’s fashion industry to the Victorian fashion era.  She explained in the nineteenth century dressmakers were dying at the age of nineteen and that seamstresses and dressmakers were a huge cultural phenomenon that became the focus of Victorian philanthropic attention.

An explanation as to why the world allows such atrocities to carry on, the panel believed, is due to a majority of the world’s textiles is now made in developing countries worldwide and the problems, many years ago on full view to the British consumer, are simply pushed away.

Sharon Jones admitted it was very much like being ‘out of sight and out of mind’ and because British families “no longer have an aunty Maureen who works at the local clothes factory or pattern cutting shop”, there’s a disconnection with how and where things are actually made.

“People no longer have an appreciation of how long it takes to make a good quality item of clothing,” she said.  “If we did, we might be more disinclined to throw them away.  Until we can reconnect with how things are created, we will always be able to put shocking images, such as the ones shown in the films, to the back of our minds.” 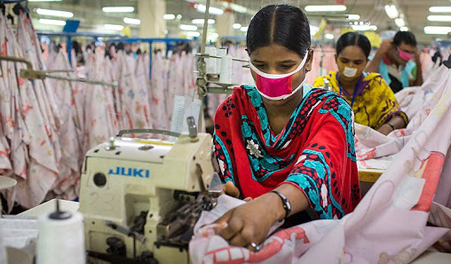 Dr Halbert largely blamed the disconnection on the Tories manifesto when Margaret Thatcher became Prime Minister in the 1970s.  She asserted that the Conservative Party had decided ‘the rag trade’ was a sunset industry that wasn’t worth investing in and which subsequently led to thousands of workers leaving the trade to go and work in service industries, such as Boots and Asda.  “In Europe, France, Germany and Italy were investing in their fashion industries, so the Tories were completely alone in what they were doing,” she said.

“That’s why, a career in the fashion industry within those countries is highly-respected as being an excellent and highly-skilled career.  In the UK, working in the textile industry just didn’t have the same provenance,” added Dr Halbert.

Looking ahead, the panel were asked to elaborate on what they thought should happen to see the changes needed in the global textile industry.  They agreed a massive contributor would be the revival of textile education in schools and that cultural thinking needed to change.

One way to achieve this would be for fashion to be taught as an industry and to no longer be seen as an artform.  If fashion students can experience factory conditions and connect with the people who make their designs, they may be more inclined to change the industry, claimed the panellists.

Dr Halbert concluded the session by pointing out the future for the fashion industry wasn’t all doom and gloom.  She explained how the second-hand clothes market is predicted to triple in future years which could lead to a huge reform in the fast fashion industry with pre-worn clothes finally being viewed as more acceptable to purchase.

The art of embroidery a new lease of life