RESEARCHERS at the University of Huddersfield are harnessing the power of song to spread vital healthcare messages – including Covid-19 precautions – among African women.

The project – titled Life-Saving Lullabies – has earned major funding from Britain’s Arts and Humanities Research Council (AHRC).  It is focussed on Zambia, but when it has proved its value it could spread to other African countries and then around the world, as a zero-cost way to create awareness of key health issues.

It works by encouraging volunteers to create lively lullabies in their local languages that they then perform to women who visit maternity clinics.

The songs are a memorable way to convey important information about birth and childcare, but the onset of coronavirus now means that songs are now being created that relay the importance of precautions, such as social distancing. 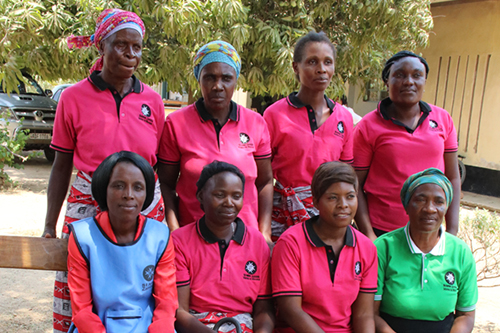 The Life Saving Lullabies project has been developed by the educationalist Dr James Reid and the historian Professor Barry Doyle at the University of Huddersfield.  They are collaborating with the design expert Professor David Swann, once a colleague at Huddersfield and now based at Sheffield Hallam University.  The UK team – awarded £129,795 by the AHRC – is working alongside St John Zambia, a leading healthcare provider in the African country.

Dr Reid said that he and his colleagues had been “overwhelmed” by how volunteers and maternity clinics in Zambia responded to the project.

“These women are so talented.  They have gone away and written songs and performed them to local women and it’s having an effect,” he said.

Life Saving Lullabies was the result of what Dr Reid described as a “eureka moment” when he and his colleagues visited Zambia for a workshop session during 2019.

Originally, their aim was to investigate whether the Finnish baby box – a maternity package given to all new parents in Finland, contributing to very low levels of infant mortality – could have a role in Sub-Saharan Africa.

But it was quickly realised that the cost of the baby boxes meant that they would not be a solution in Zambian villages.

“Also, they are culturally inappropriate,” said Dr Reid.  “We showed women photos and the first thing they saw was a baby-sized coffin.  There is a very high rate of infant mortality, especially in rural areas of Zambia.” 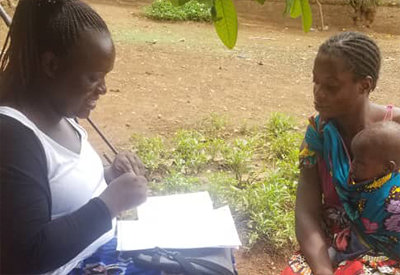 So the researchers investigated the possibility of incorporating verbal and pictorial healthcare messages into the chitenge, the colourful wrap that is worn by huge numbers of African women.

“But then it struck us that even though chitenge were ubiquitous, not everybody could afford them and we had to do something that was as close as possible to zero cost if the project was to gain traction and be sustainable,” said Dr Reid.

“We were at St John Zambia for a workshop talking to women volunteers about their own experience of motherhood.  Then they started to sing and we looked at each other and went ‘that’s it’!”

Earlier, Dr Reid had been to New York, where the famous venue Carnegie Hall is the base for a Lullaby Project, which uses especially composed songs to develop attachment and aid child development.  Observing this scheme made him realise the potential of lullabies in Zambia, where it is common for women to sing to their children and as part of church worship.

Now, the project is underway and volunteers in Zambian clinics, after being told what information the Ministry of Health needs to impart, have been creating and performing songs.  They can be seen and heard online and researchers will gauge their impact. 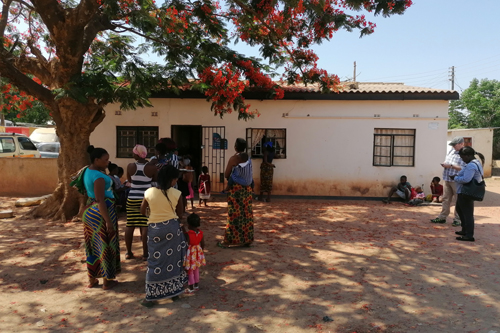 The AHRC funding runs until March, but the project could be extended and at the conclusion there will be a symposium in Zambia, and the possibility of spreading the scheme to other African countries.

“And beyond that, one of the really important things we want to do is bring the idea to the global north,” said Dr Reid.

“This would bring the baby box discussion full circle,” he continued.  “The boxes are really expensive.  They are a really good idea in a particular context in places like Finland and perhaps the UK that can afford them.  But there are other ways of doing things and singing might be a way of achieving a lot more for no cost.”

Carnegie Hall in New York has now invited the Life Saving Lullabies team to take part in a two-day workshop in June as part of their review of its own Lullaby Project.  There has also been received an invitation from Spanish organisation Grandes Oyentes to take part in an online discussion on the impact of music and creative engagement on women’s health as they plan to introduce a lullaby project in Spain.

Sister City, Taizhou in China, have donated 10,000 face masks to help Huddersfield in the fight against Covid-19