MASS executions and German Army orders to commit horrific war crimes during World War II were some of the areas covered during a guest lecture at the Holocaust Exhibition and Learning Centre based at the University of Huddersfield.

Dr Waitman Beorn, a consultant and writer for the United States Holocaust Memorial Museum and senior lecturer in history, shared his research into the Wehrmacht’s (German Army’s) role in the Holocaust, how a cruel attitude towards Jews became embedded in its culture and the relevance of that still today.

“The myth of the clean Wehrmacht, which I’ve tried to destroy as much as possible in my work, has a really bizarre ability to persist in popular culture,” Dr Beorn told the audience.

“It’s always surprising to me how many people in the general public don’t understand what a compromised and criminal organisation the Wehrmacht was,” he said.

Dr Beorn’s talk, Killing the ‘Clean’ Wehrmacht: The Reality of the German Army and the Holocaust, draws from his book, Marching Into Darkness: The Wehrmacht and the Holocaust in Belarus, published by Harvard University Press.

The lecture was delivered during a week-long programme of events occurring around the world to commemorate 75 years since the liberation of Auschwitz-Birkenau by Soviet troops.

During his introduction, the historian shared with the audience a bizarre historical coincidence. His wife had recently discovered, after receiving a relative's immigration documents, that her great uncle and a survivor of Auschwitz, had actually been relocated to Huddersfield after the war. Dr Beorn said the pair were looking forward to returning to the region to further explore the family's connection and to develop closer ties with the area.

Dr Beorn referred to orders given to the German Army regarding “ruthless and aggressive action”, which gave soldiers a “blank cheque” to commit war crimes and shared examples of how this chilling directive led to the death of millions of people.

He explained how this guidance explicitly accepted that the laws of war did not apply and that Jews were the enemy.

“This is the mindset the Germany Army has before it even starts fighting,” said Dr Beorn as he talked through several ‘boots on the ground’ examples of the German Army’s complicity in the Holocaust, including the mass execution of 1,000 Jews in Krupki, Belarus.

Watch Dr Stefan Hördler's guest lecture where he talks about a collection of photographs, known as the ‘Auschwitz Album’, that was created to show the efficiency of the Nazi's in selecting and killing thousands of Hungarian Jews on their arrival at Auschwitz in 1944.

To conclude, Dr Beorn described how the myth of the ‘clean’ Wehrmacht developed and the volatile reaction from the German public that followed as a result of its debunking.

This talk was the first event in a new partnership between the University of Huddersfield, the Holocaust Survivors’ Friendship Association, which oversees the Holocaust Exhibition and Learning Centre, the Wiener Holocaust Library, which is the world’s oldest Holocaust archive and the Holocaust Research Institute at Royal Holloway, University of London. 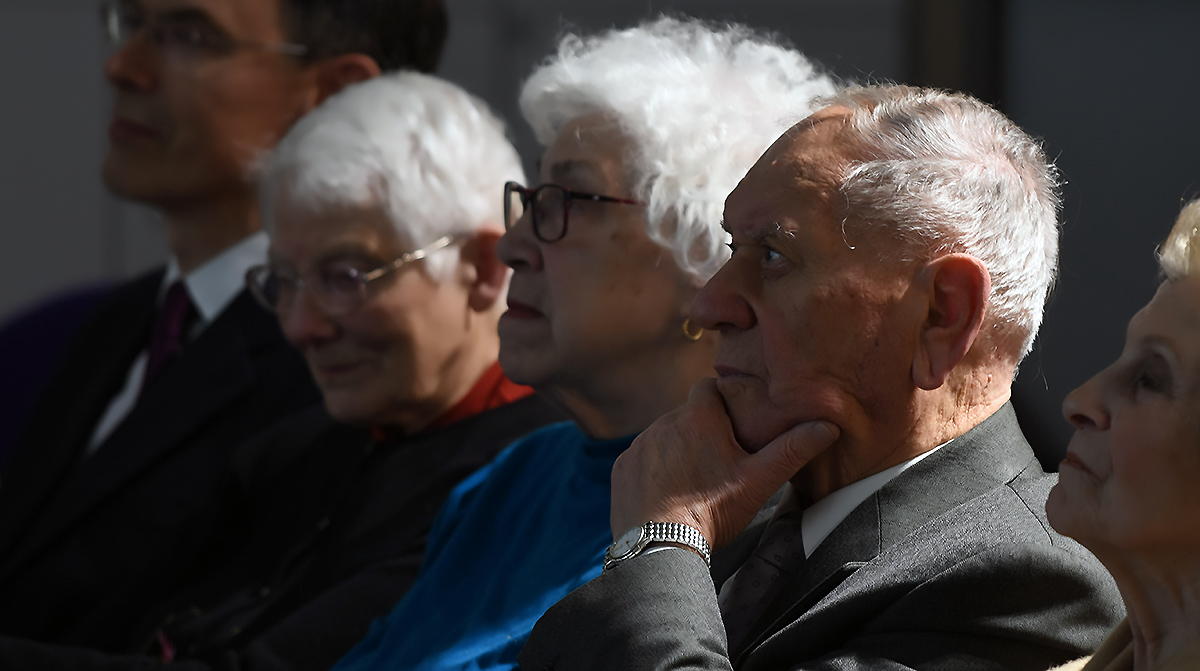 Trude was invited to speak at the Holocaust Memorial Day event, organised by the University with the 6million+ charity