The 100th anniversary of the Cottingley Fairies - arguably the most famous hoax of the twentieth century - is being marked by a new exhibition curated by an academic from the University of Huddersfield.

Dr Merrick Burrow, the University’s Head of English & Creative Writing, is guest curator of the forthcoming exhibition on the Cottingley Fairies at the Treasures of the Brotherton Collection at the University of Leeds.

It is the first time that many of the artefacts from the hoax, which fooled many including Sherlock Holmes author Sir Arthur Conan Doyle, have been put on public display.

A hoax that lasted decades

The hoax began in 1917, when Elsie Wright took a photograph of her cousin Frances Griffiths with some dancing fairies she had drawn and attached to hat pins near their home in the village of Cottingley, between Bradford and Bingley in West Yorkshire. This, and subsequent photos, eventually found their way to Conan Doyle, who staked his reputation on their authenticity in The Strand magazine in 1920.

Debate raged over the photos for decades, with Elsie and Frances only revealing how they faked the photographs in 1983. The story even inspired the 1997 film ‘FairyTale - A True Story’, starring Peter O’Toole and Harvey Keitel.

Such was the furore over the photographs at the time, that Dr Burrow sees parallels between the entrenched views about the hoax and the more recent phenomena of fake news.

“Conan Doyle had converted to spiritualism in 1917 – around the time the photos were taken,” says Dr Burrows. Spiritualism was on the rise at the time, following enormous loss of life in the Great War. 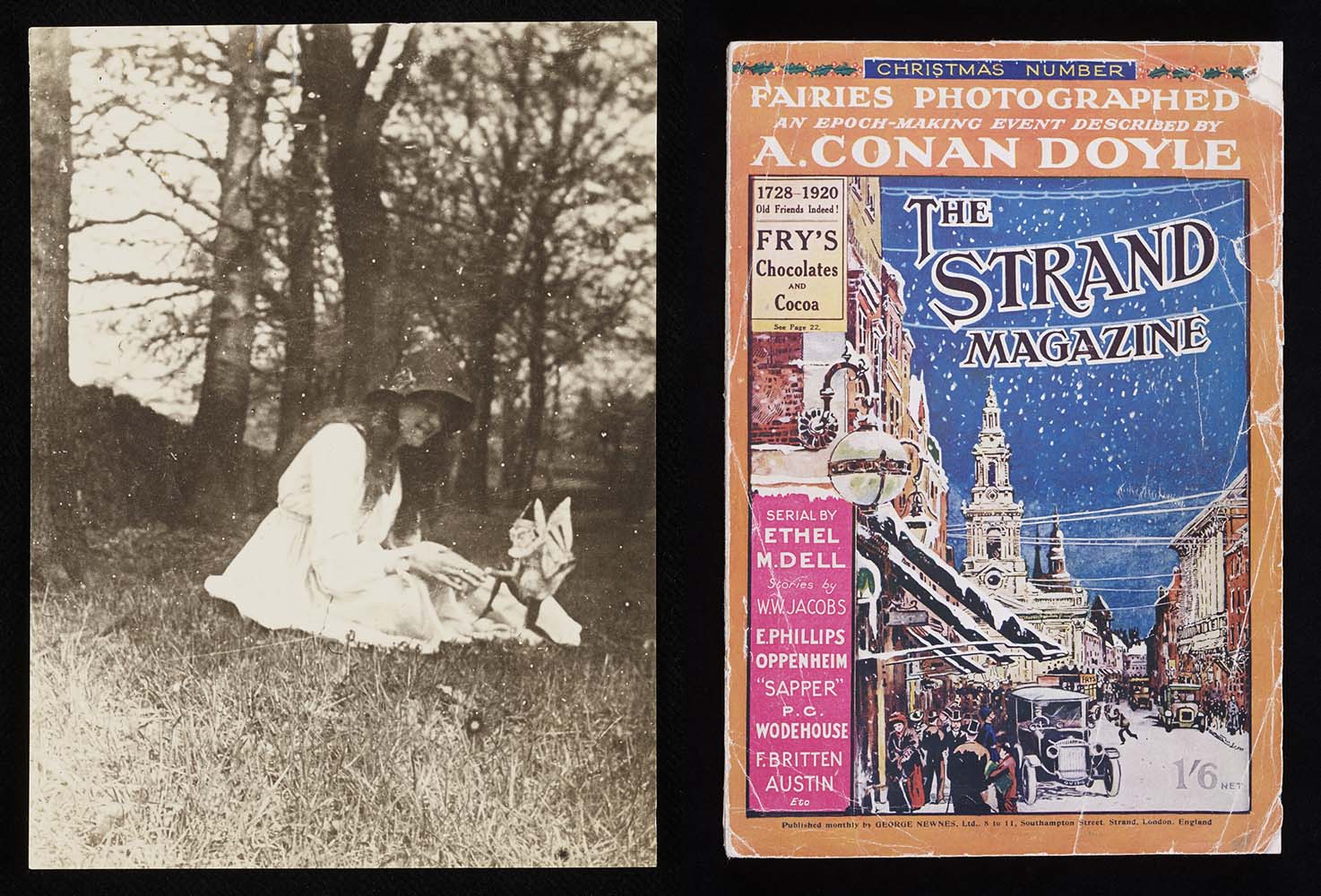 “But Conan Doyle also encountered many who thought spiritualism was a fraud, that it was exploiting the grief of people who lost loved ones. There was a lot of animosity towards him and he entered into many heated debates about it, so by the time the photos appeared he was primed to find something that would prove his beliefs.

“He deliberately created a controversy, what he called in a letter a ‘time-delay mine’ - he published the photos, then went on a lecture tour of Australia! He amplified the whole thing.

“There are similar elements to what we see in fake news and social media bubbles today. There was Conan Doyle and those who believed without question in spiritualism in one corner, and their opponents in the Rationalist Press Association and the British Association for the Advancement of Science in the other. Neither would give ground to the other, which is what we see now.”

The photographs stayed with the family until the girls’ mothers attended a meeting of the Theosophical Society in Bradford in 1920. The photos soon came to the attention of the General Secretary of The Theosophical Society, Edward L. Gardner, who began to show them in his public lectures. Conan Doyle heard about them and got in touch to find out more.

The times, the circumstances, and a willingness to believe combined to form a ‘perfect storm’ of circumstances and a story that endures even 100 years later.

“My take on it is that it was an accidental conspiracy,” Dr Burrow adds. “There were a series of minor deceptions that in themselves would not really have amounted to anything. But these were blown up into a global cause celebre through the combination of Elsie’s skill with the camera, the ‘improvement’ of the photos by an expert working for Gardner, and the involvement of Conan Doyle – probably the world’s foremost popular author with an interest in spiritualism.”