STUDENTS, staff and visitors at the University of Huddersfield now cross the rainbow when they walk to and from its campus.

A traditional black and white zebra crossing close to the University’s main entrance has been repainted in the vibrant colours of the LGBTQ+ movement so that it sends out a permanent message of inclusiveness and tolerance.

“It says ‘everybody is welcome’ and that’s an important thing to say about the University of Huddersfield – that we welcome and embrace everybody,” said the Vice-Chancellor, Professor Bob Cryan, after he took part in a special inauguration event, timed to coincide with National Inclusion Week.

It was during a trip to Brussels that Professor Cryan first encountered a pedestrian crossing painted in the LGBTQ+ or Gay Pride colours.  He decided that it would be an uplifting feature of his University’s campus, and on his return he set the work in motion.

A group of people representing the University community joined Professor Cryan for the inauguration and “test walked” the repainted crossing.

Afterwards, participants and passers-by tucked into a cake specially baked by the University’s Catering Service, after Professor Cryan sliced it open to reveal the LGBTQ+ colours. 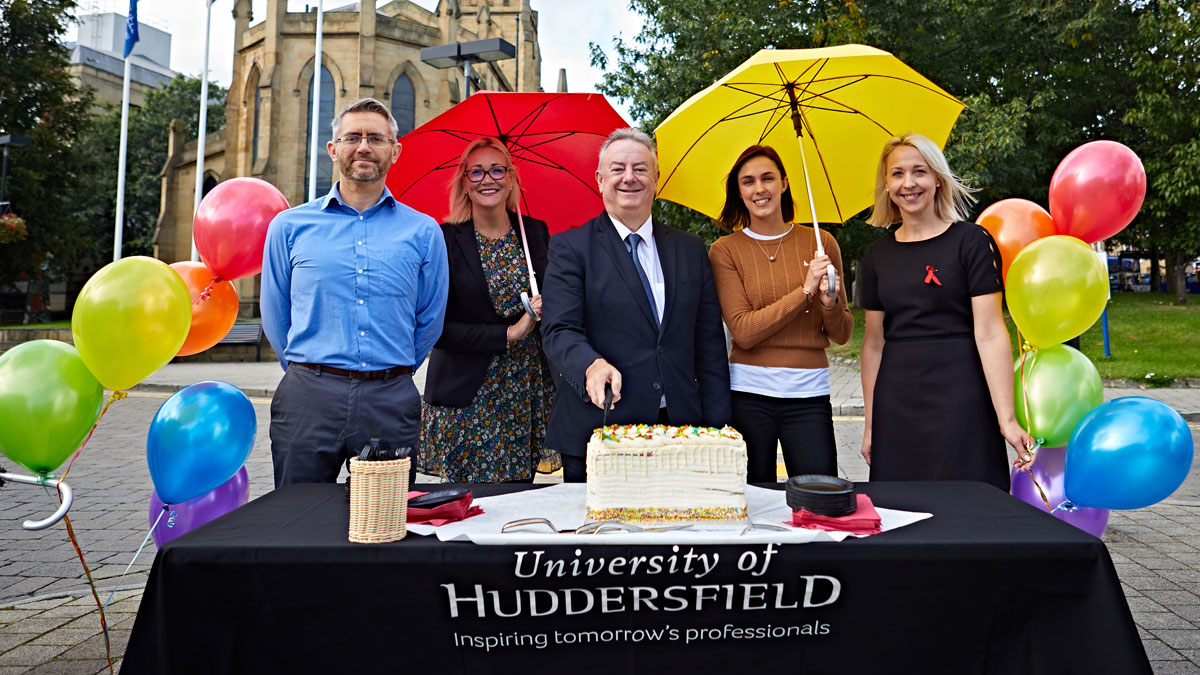