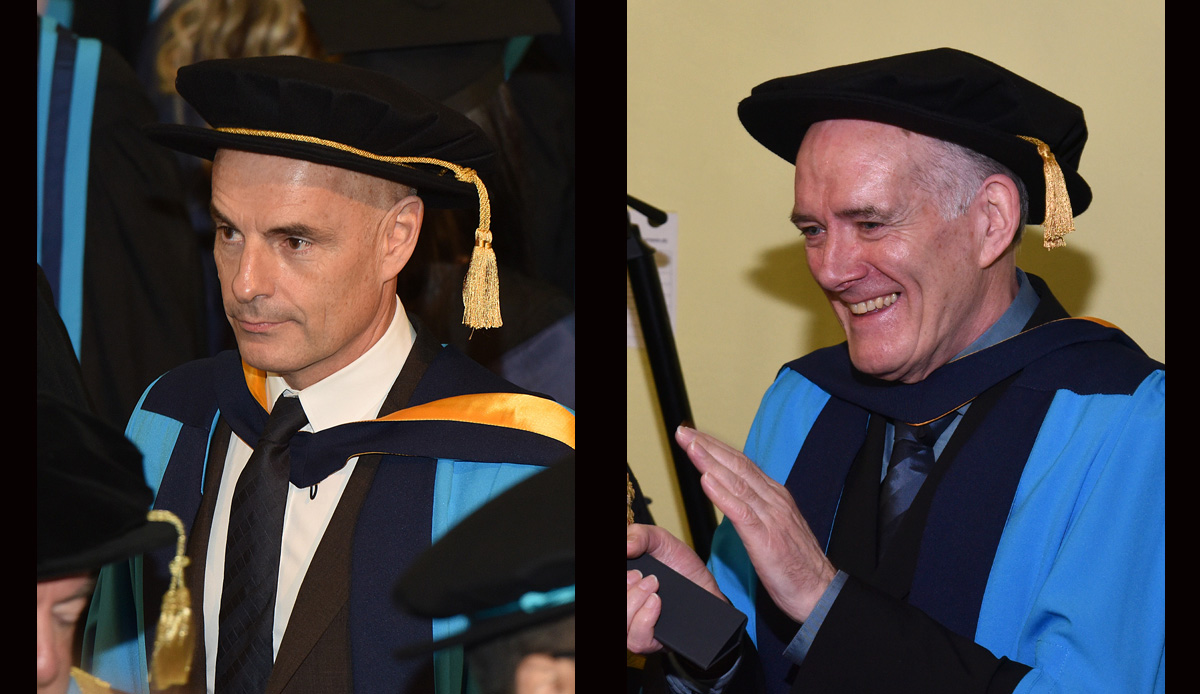 TWO people who have reached the top of their professions received honorary awards at the University’s November Graduation Ceremonies.

One of the leading executives in the UK retail industry, Roger Burnley, and famous cornet player, known throughout the brass band world, Phillip McCann received Honorary Doctorates of the University alongside 1,500 students who received their awards at the ceremonies.

Cornet player Phillip McCann has earned an international reputation and has been the recipient of many accolades as a musician and latterly as a conductor.  An advocate of education and developing young talent, Phillip taught in the music department at the University of Huddersfield for almost 30 years and mentored many students who now hold important positions in music today.

Supermarket CEO Roger Burnley has enjoyed success in a number of senior positions in the retail market, both in the UK and overseas, and was promoted to his current position of President and CEO of UK supermarket chain Asda in 2018.  Roger is proud of his Yorkshire heritage – he was born in neighbouring Dewsbury – and is a lifelong fan of Huddersfield Town Football Club. 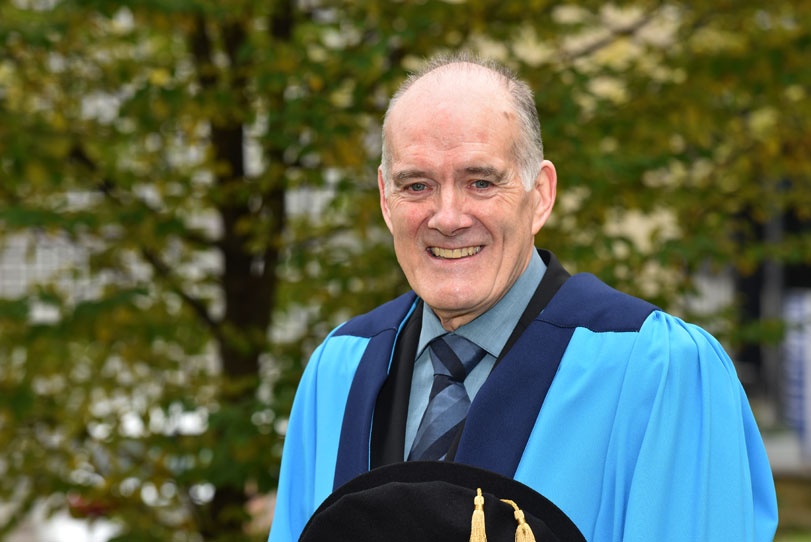 Phillip McCann is one of the best-known names in the bass band world.  He was born in Bo’ness, Scotland, where he began his playing career with the Kinneil Colliery Band.  He held the position of leader with the National Youth Brass Band of Great Britain for five years.  His long tenure as Principal Cornet at Black Dyke Band was during the band’s world-beating period.  His acclaimed series of CD Chandos recordings – The World’s Most Beautiful Melodies – is universally admired for the exquisite tone and musical expression in the playing.  These recordings are featured regularly on BBC Radio and on Classic FM.  Other broadcast credits recently have included an interview with Richard Baker’s informative Comparing Notes series.

Phillip’s unique style and tone quality has been used by composers to combine with orchestra for film and TV soundtracks such as Anna of the Five Towns, Woman of Substance and the immensely popular BBC TV series Hetty Wainthropp Investigates – the latter receiving an Ivor Novello Award in the category of Best Music commissioned for a Broadcast Production.

He has toured extensively both as a recitalist and for master-classes throughout the world and is a Yamaha Artist, assisting the Corporation in the development of their range of brass instruments.

Phillip has always been firmly committed to the teaching of brass band music and served for almost 30 years at the University of Huddersfield, including a period as Head of Brass and Woodwind.  He founded both the University’s Brass Band and Symphonic Wind Orchestra achieving local, regional, national and international acclaim.  Many of the students mentored by him occupy significant positions within today’s musical community as performers, conductors, composers and arrangers.

Although Phillip’s main activities continue to be a soloist and teacher, in recent years he has progressively increased his commitments as a conductor and was the founder of the Sellers International Band.  At the All England Masters Championship in 2003, Phillip was the recipient of the Masters’ Dedicated Service Award and in the same year, in recognition of his prominent position as cornet soloist, band trainer and teacher, he was awarded The Mortimer Medal from The Company of Worshipful Musicians.  His most recent accolade came in 2013 as the recipient of The Iles Medal, again from The Worshipful Company of Musicians, which makes him unique as the only person to be a recipient of both highly prestigious awards.

Born and bred in Yorkshire, Roger Burnley grew up in Dewsbury and attended Heckmondwike Grammar School, before going to Bournemouth University and obtaining a First in geography.  He began his retail career as a graduate at B&Q, where he progressed quickly and held a number of roles across retail management, buying and logistics.  In 1996, he moved to Asda as Director of Supply.

When Walmart bought Asda in 1999, Roger played an instrumental role within the senior integration team, splitting his time between the UK and Arkansas.  He then moved to Matalan as its Supply Chain Director, before being appointed Supply Chain Director at Sainsbury’s in 2006.  Roger spent the next ten years holding a number of board positions within the company, as Retail and Logistics Director, Managing Director of General Merchandise, Clothing and Logistics, and latterly, Retail and Operations Director.

Despite a career spanning three decades in a variety of roles, Roger has remained committed to his family roots and still lives locally with his wife, two children and, he proudly states, “a growing flock of sheep”.

He returned to Asda in October 2016, as Chief Operating Officer and Deputy Chief Executive, and played a crucial role in its turnaround before being promoted to become its President and CEO in January 2018.

Two-minute silence during the Awards Ceremonies

Celebrations come to a halt as a mark of respect