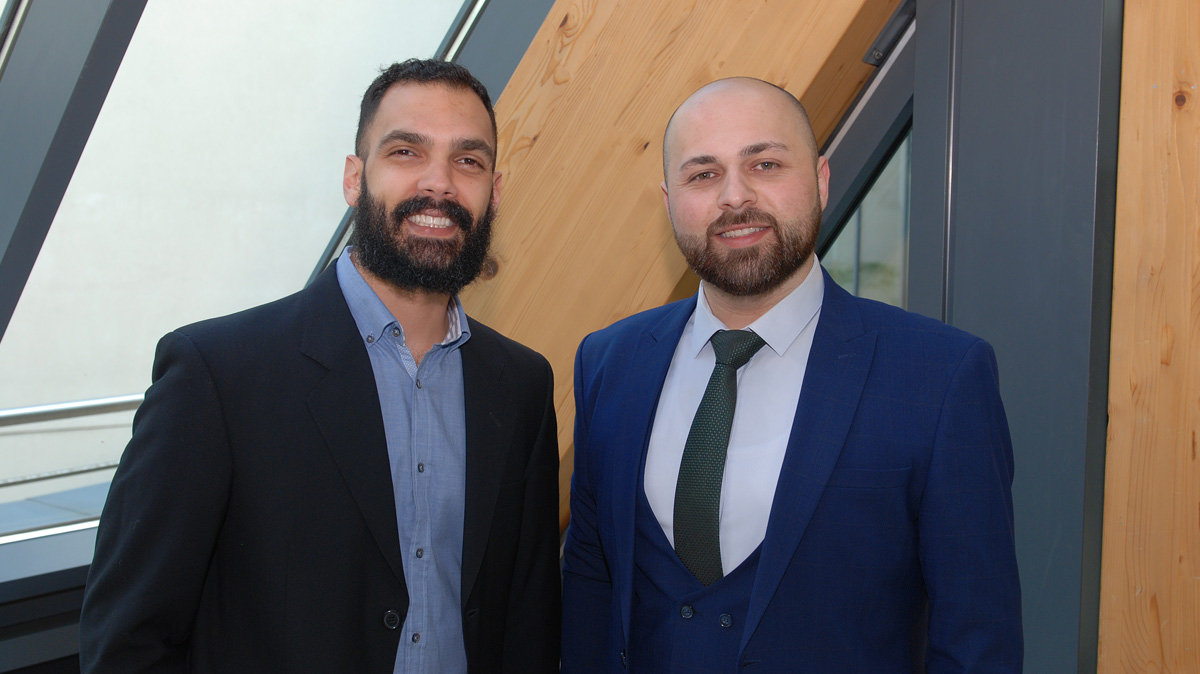 THE Huddersfield Business School is hosting two Master degree students who are being funded by Chevening Scholarships.

Chevening Scholarships are the UK government’s global scholarship programme, funded by the Foreign and Commonwealth Office (FCO) and partner organisations.

The scholarships are awarded to outstanding scholars with leadership potential.  Awards are typically for a one-year Master’s degree at universities across the UK.  The Chevening Scholarships pay for the tuition fees of the students, as well as providing a living allowance.

Sanjay Babulal from Brazil joined the MSc Risk, Disaster and Environmental Management programme in September 2018.  He has a Bachelor of Law, specialising in Criminal Law and before coming to Huddersfield was a firefighter, which is a military role in his home country.

Sanjay was attracted by the unusual curricula associated with the Master programme.

Peshavan Saadi from Kurdistan has been studying on the MBA programme since September 2018.  Peshavan has a Bachelor degree in Business Administration and then worked for the United Nations for five years and then a local Non-Governmental Organisation (NGO).  Both roles were concerned with the reconstruction of Iraq.

Peshavan says that he “was looking for a good School in an affordable place”.  He also received a personal recommendation from a Kurdish PhD student who had been studying in Huddersfield Business School.

Professor John Anchor, Associate Dean (International) in the Business School, says, “Chevening Scholarships are highly prestigious and are awarded only to those who are considered to have leadership potential.  Consequently, Chevening Scholars tend to be found most commonly in highly ranked UK universities.  I am delighted therefore that we have two Scholars at the same time.  This is a testament to the growing reputation of the Huddersfield Business School.  I look forward to receiving more Scholars in the years to come.”

PhD researchers from the National Economics University will complete their doctorates in Huddersfield, supervised by Business School staff