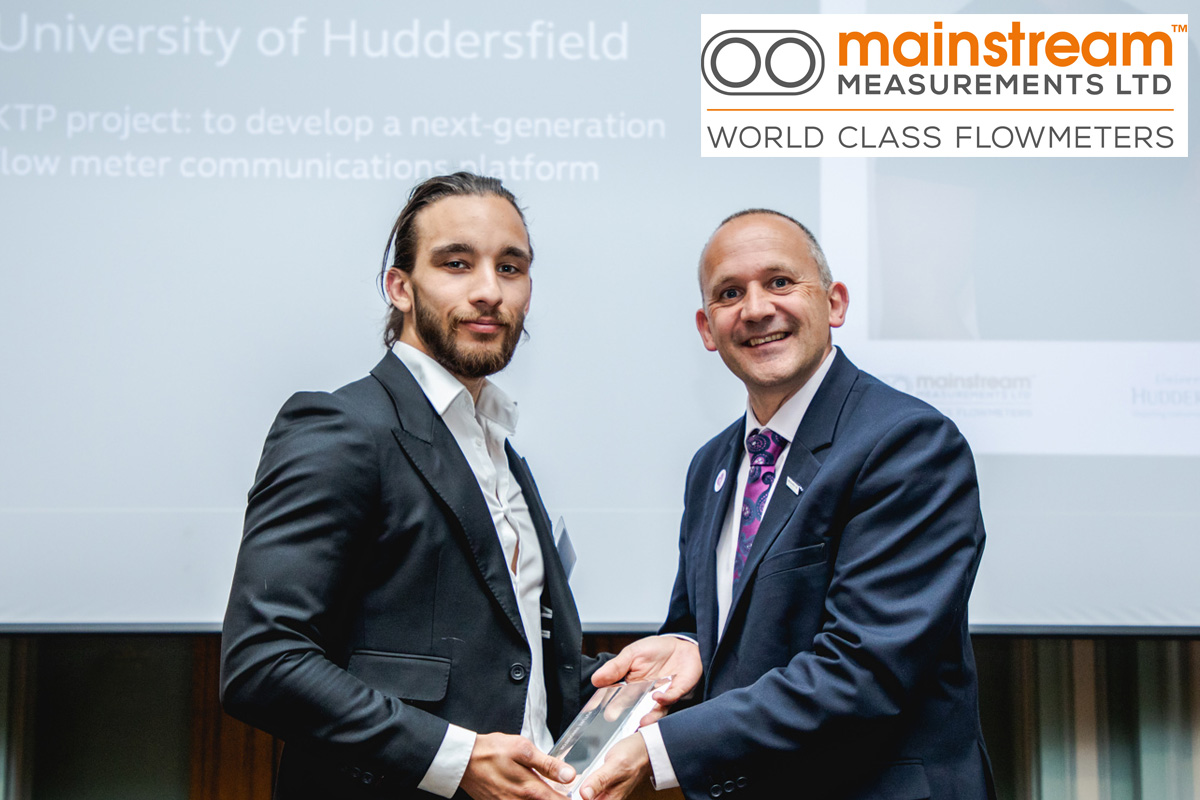 A UNIVERSITY of Huddersfield researcher played a key role in helping a Yorkshire company develop an important new product to be marketed worldwide.  He has now won an award from a UK Government-backed organisation that boosts innovation.

Sean Howson completed degrees in electrical and electronic engineering at the University and was then assigned to the company Mainstream Measurement, a world leader in the development and manufacture of ultrasonic open channel flowmeters.

The company wanted to develop software and hardware that would enable meters to be read remotely – a major boon in remote and difficult terrains.  It formed a £120,000, two-year Knowledge Transfer Partnership (KTP) with the University of Huddersfield, backed by Government agency Innovate UK.

Sean was made a KTP Associate, which meant that he was based at Mainstream Measurement, helping to develop the next generation of flow measurement systems, taking full advantage of the latest communications standards.  The project has been a success – with a new product soon to reach the market – and Sean has been appointed to a full-time post at the company, as Software and Research Lead Engineer.

He was also nominated in the Best Future Innovator category for 2019’s KTP Best of the Best Awards, organised by the Knowledge Transfer Network.  He was named as a winner, accepting his trophy at a ceremony taking place at the headquarters of the Royal Society of Chemistry in London.

Meanwhile, Mainstream Measurement has decided to follow up the success of the KTP by drawing up plans for a fresh collaboration with the University of Huddersfield.  Once again, Dr Simon Parkinson, who is Reader in the Department of Computer Science, will be the academic supervisor, and Sean Howson himself will be the company’s supervisor, with a new associate to be appointed.

Dr Parkinson is delighted by the success of the first KTP with Mainstream and with Sean’s role at the company, helping it to secure some of its biggest orders.

“In addition to Sean’s research, he brought expertise and the ability to make changes to core software components and to design and develop software and hardware for new markets.  Now we are looking forward to another highly productive project with Mainstream Measurement,” he said.

Over the next five years, the University is looking almost double the number of live projects in progress at any given time.