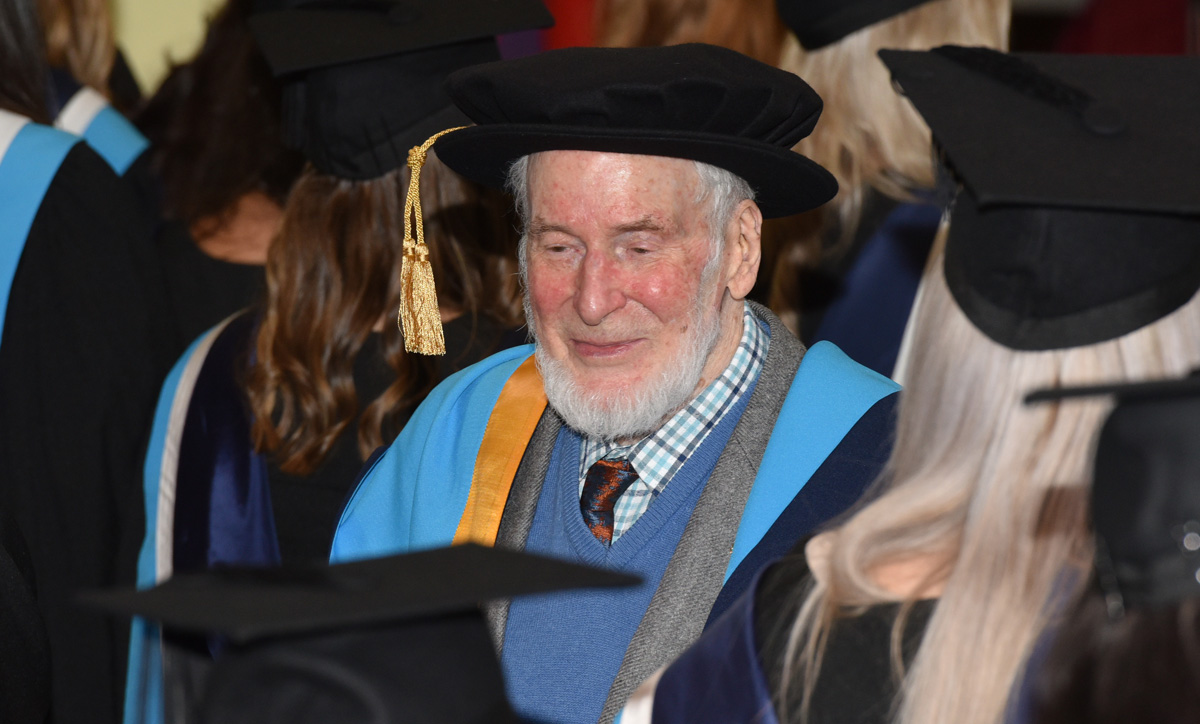 ONE of the world’s most influential educationalists told an audience of newly-qualified teaching graduates that they face unprecedented challenges because of the impact of climate change.

John Dixon was speaking at the University of Huddersfield, during a ceremony in which he was awarded an Honorary Doctorate of the University.  An oration was delivered by Professor Ann Harris, who is an Associate Dean in the University’s School of Education and Professional Development.

“John Dixon has made a remarkable lifetime contribution to education, particularly to the teaching of English, in the UK and internationally, and he exemplifies what might be understood by lifelong learning,” she said.

Professor Harris went on to outline Mr Dixon’s career, which began as a schoolteacher in the 1950s and included the publication of several influential books in the 1960s.  In 1966, he was a prime mover in the Dartmouth Conference – officially titled the Anglo-American conference on the teaching and learning of English – that would have an enduring influence in English teaching.

He was a founder member of the National Association for the Teaching of English and also taught at Bretton Hall College of Education.

Mr Dixon received his Honorary Doctorate at one of the July awards ceremonies taking place over nine days at the University of Huddersfield.  He addressed an audience of students who had graduated from the School of Education and Professional Development, and told them: “I believe that you are going to face perhaps a greater challenge in the world than any generation before you.

“If climate change has an impact on society across the whole of the civilised world, then you will be called on to make new efforts to meet those challenges and it is my greatest hope that you will unite together to meet them.