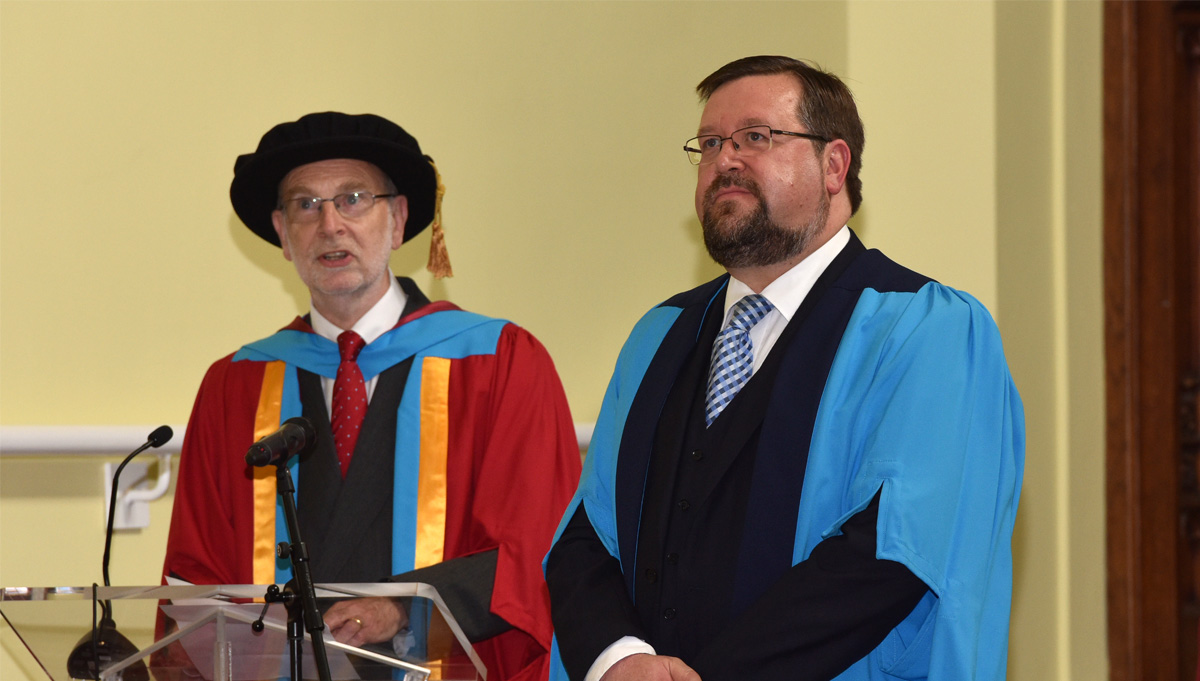 Gavin Sutherland (right), conductor, composer, arranger and Huddersfield graduate receives an Honorary Doctorate of the University. He is pictured with his award orator, the University's Professor John Bryan (left).

Gavin Sutherland is “the most experienced and highly-achieving performing musician of our many alumni from this department of music,” said Professor John Bryan in his oration at the ceremony

GAVIN Sutherland’s studies at the University of Huddersfield were the prelude to a musical career that has brought him global respect as a conductor, composer and arranger, with more than 100 recordings to his name – from heavyweight work by Elgar to bestselling CDs of music from the Carry On movies.

Now, 26 years since he graduated with a music degree, after studying piano, trombone, conducting and orchestration, Mr Sutherland was back at the University to be awarded an Honorary Doctorate of the University.  It was bestowed at one of the 34 awards ceremonies that took place over nine days in July.

After receiving his doctorate, Mr Sutherland – who was born in County Durham – told his audience of new graduates that the University of Huddersfield was world-renowned as a centre of musical excellence.

He told how from the age of seven it had been his ambition to become a conductor and that studies at the University of Huddersfield had enabled him to diversify in a music business that had, since his graduation, been “been in a constant and rapid evolution”.

“Don’t ever leave behind what the University of Huddersfield brought to you,” said Mr Sutherland.  “This tremendous university has given you a chance to explore everything.  Leave no option unconsidered.”

Here, the globally-respected conductor, composer and Huddersfield Alumnus, Gavin Sutherland, talks about his career as Music Director with the English National Ballet and how he attributes much of his success to the University of Huddersfield for enabling him to diversify in a music business that has been constantly changing and rapidly evolving since he graduated 26 years ago.  Subtitles accompanying the video can be accessed by watching the video on YouTube.

An oration was delivered by Professor John Bryan, who told how even before he graduated with First Class Honours and a string of prizes, Gavin Sutherland had begun his career at Northern Ballet.  He had subsequently held musical directorships and guest conductor posts with leading ballet companies and orchestras around the world.  He is currently the Music Director of English National Ballet.

The first of his 100-plus CDs was made in 1997 and explored British light music, in the revival of which Mr Sutherland has been a key figure.  He is also a composer whose varied works include the musical of Little Women and a clarinet concerto.

“Gavin Sutherland’s multi-faceted international career as conductor, pianist, composer and arranger, together with his important work in reconstructing lost scores and keeping alive the traditions of British music, must make him the most experienced and highly-achieving performing musician of our many alumni from the Department of Music.” 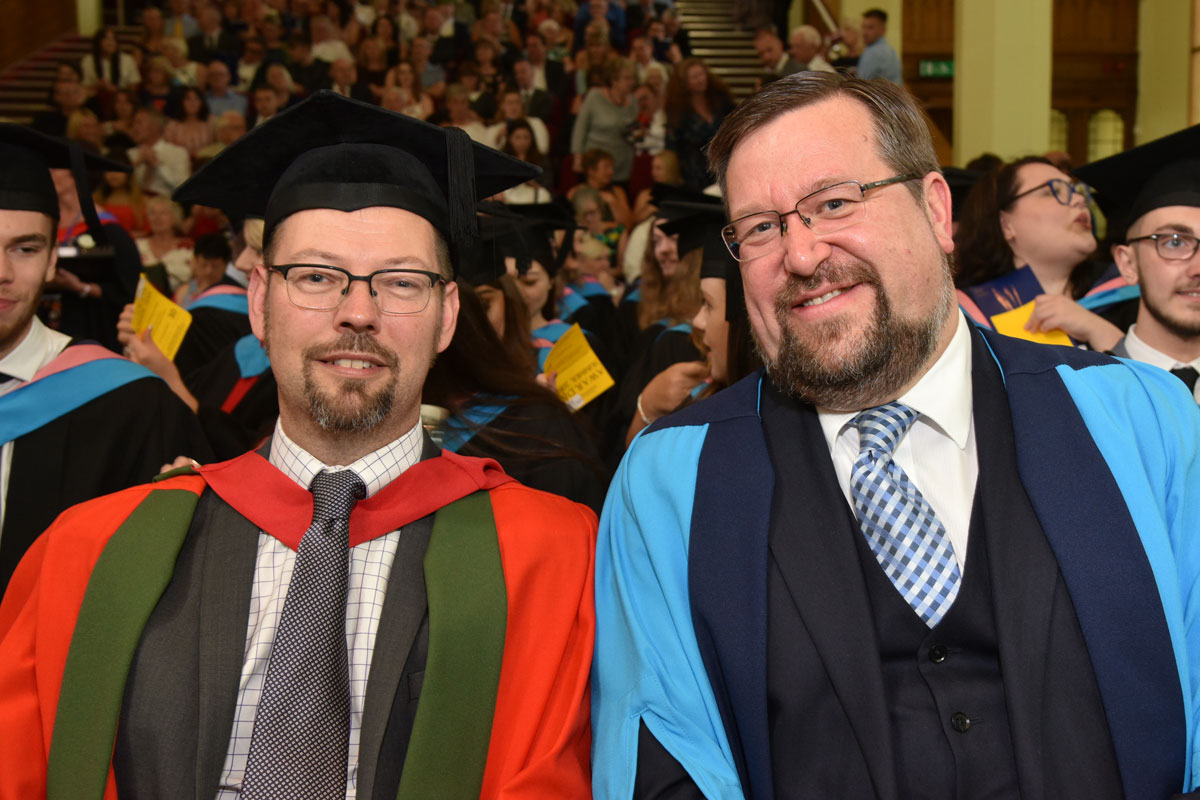 Gavin Sutherland (right) at his award ceremony with his University chaperone, Professor in Performance Philip Thomas