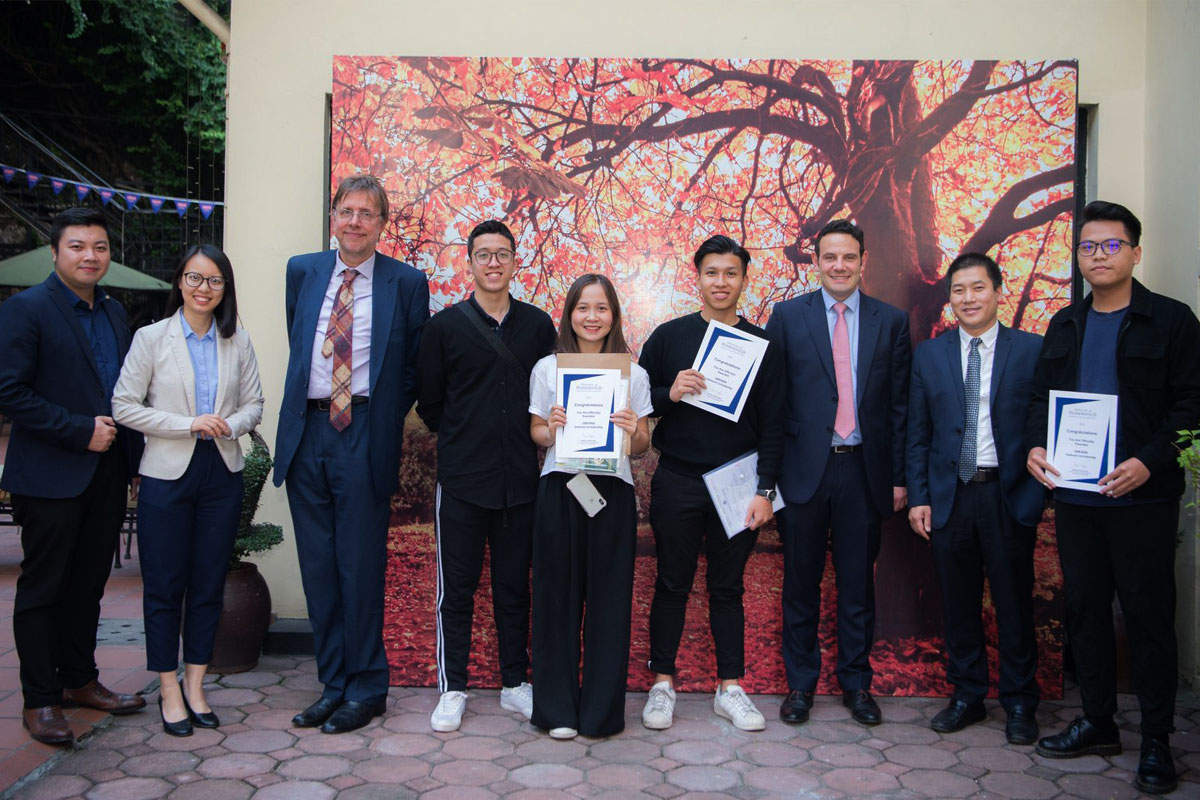 COVETED scholarships, worth over half a million pounds, have been awarded to a number of high-achieving Vietnamese students after an international collaboration between the University of Huddersfield and the British Embassy in Hanoi, Vietnam.

The 31 recipients were invited to receive their awards from the University of Huddersfield at a special Scholarship Gala, which were held, for the first time, in the elegant surroundings of the British Ambassador’s Residence in Hanoi.

Hosting the event was the Deputy Ambassador of the British Embassy and Liverpool-born Steph Lysaght.  He shared with the students and their parents his own positive views about life and people in the North of England, what to expect about UK education and what to prepare prior to the journey.

The students will embark upon their studies in January and September 2019 where they will each spend twelve months completing a Bachelor Top-up of their respective degree or a year-long full-time Master’s course.

The scholarships will financially support excellent students to experience UK’s first-class education whilst also assisting the British Embassy to promote trade and investment with the UK and support Vietnam’s development as an open, dynamic and knowledge-based economy, which they announced as being among their top priorities.

The University’s Vietnamese Office was opened five years ago and has gone from strength to strength.  A team of people is now being employed in the country.  The University currently has partnerships with a number of top Vietnamese universities and colleges with collaboration agreements in place for research and the exchange of students.

Margarita McMullon, International Officer for South and South East Asia, said the event was a huge success and has high hopes for the future.

“This was the first time the University of Huddersfield has worked with the Embassy in Vietnam,” she said.

“The event was a huge success and was well received by the students, parents and our University partners attending it.  We hope this will lead to many more years of collaboration.”

A few days after the awards ceremony, Vietnam welcomed the University’s Chancellor His Royal Highness The Duke of York, KG, who was personally invited by the country’s Deputy Prime Minister Pham Binh Minh and the Minister of Education and Training, Phung Xuan Nha, to attend a reception and meet the major British and local education establishments in Hanoi.

Also attending the royal reception were 20 guests invited by the University, which included University partners and key education counsellors, where they were given the opportunity to meet with important personnel from the Ministry and network with other stakeholders.