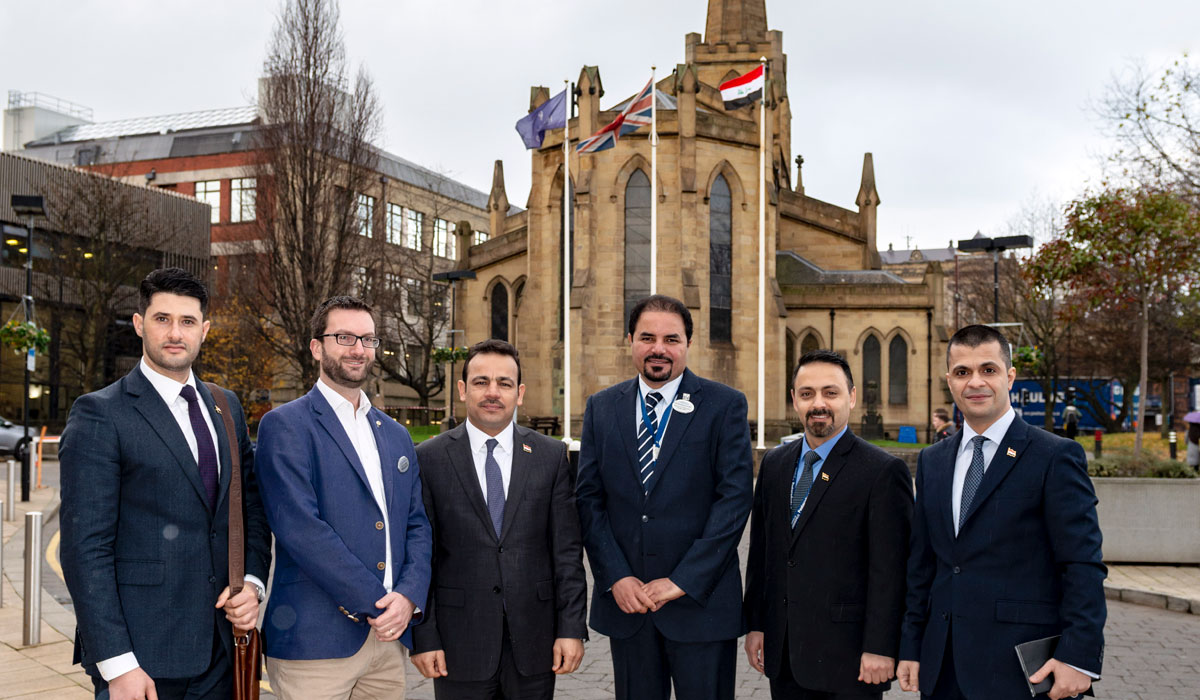 AN important representative of the Iraqi government has paid a fact-finding visit to the University of Huddersfield and he focussed on two areas of teaching and research that he stated would be of huge importance to the rebuilding of his country – forensic science and railways.

Dr Ihsan Allawi is the Iraqi Consul General, based in Manchester, and on his first visit to Huddersfield he met students from his country who are studying for undergraduate and postgraduate degrees in a wide variety of subjects.

The visit was organised by the University’s Dr Mosttafa Alghadhi, who is Project Manager (Research and Enterprise), and he accompanied the Consul General on his visit.

At an opening discussion with Professor Andrew Ball, who is the University’s Pro Vice-Chancellor for Research and Enterprise, and Professor David Taylor, Pro Vice-Chancellor, International, Dr Alawi heard about the work and standards that Iraqi students were achieving in their studies and research.

The Consul General was then invited to visit various areas of study starting at the School of Applied Sciences, based in the Joseph Priestley Building, which has recently received a £6 million upgrade.

Escorted by Professor Paul Elliott, the School’s Associate Dean (International), the Consul General was fascinated by the facilities for teaching and researching forensic science.

He then moved on to the University’s Institute of Railway Research, where he met its Director, Professor Simon Iwnicki.  Dr Allawi was deeply impressed by the facilities at the IRR – and also praised the quality of the whole of the University’s campus.

After lunch, he held an hour-long meeting with Iraqi students, pledging his support.  Dr Allawi stated that he would pay further visits to the University.