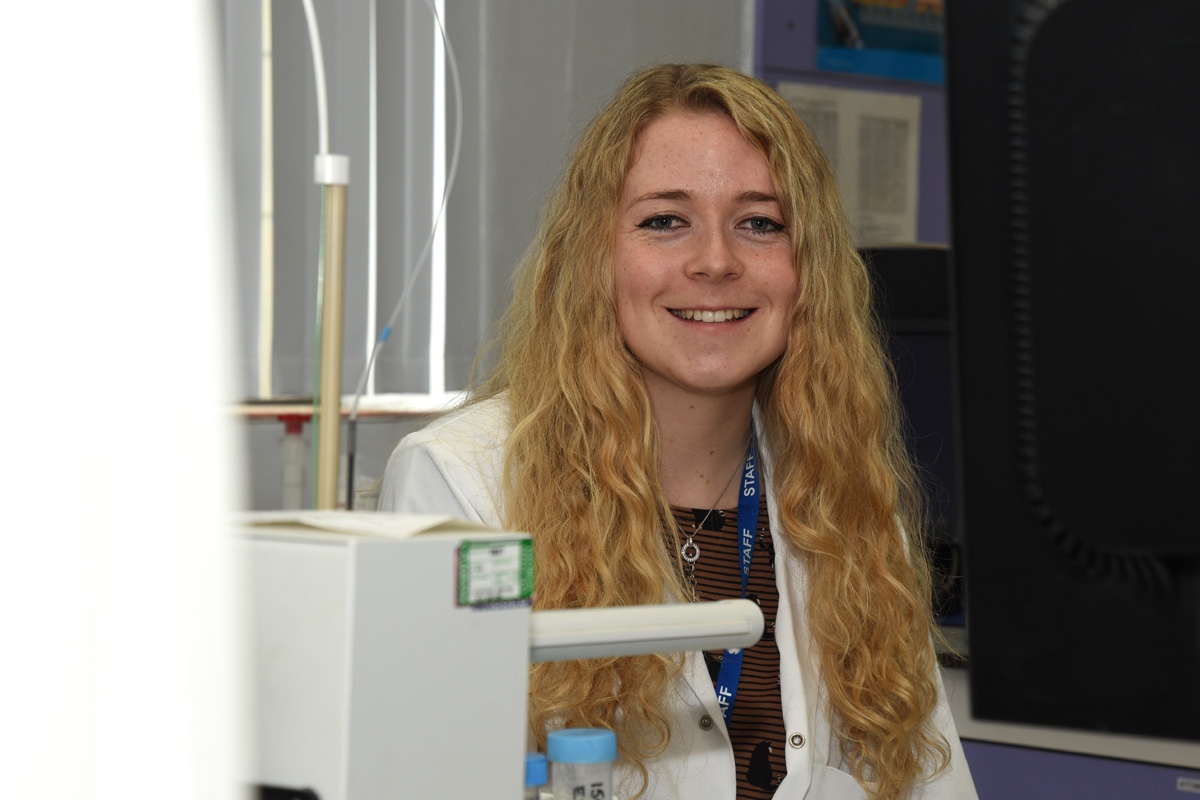 A PIONEERING online conference that takes place annually over a 24-hour timescale is enabling scientists around the world to forge new global collaborations, and University of Huddersfield researcher Dr Helen Casey is playing her part in the burgeoning success of the project.

The Royal Society of Chemistry launched the #RSCPoster Twitter Conference five years ago.  It an online event held entirely over Twitter to bring scientists together so they can share their research, network and engage in debate.

Over the course of 24 hours, researchers upload their posters in a wide range of categories.  In 2019, there were more than 3,000 contributors, 500 poster “delegates”, almost 10,000 Tweets and an online audience of more than two million.

Dr Casey – who is working at the University of Huddersfield on a project detecting lead levels in tap water – entered the 2016 edition of the #RSCPoster Twitter Conference and won the prize for the poster that received the most engagement from other participants, based on the number of Tweets received.

Now, she has been recruited to join the panel of judges for the environmental category of the online conference, alongside researchers at universities in Switzerland and in Virginia, USA.  The trio conferred online as they selected a winner.

The event is the first online conference of its kind, said Dr Casey.  “When it began, there weren’t categories, but engagement got so much they decided to separate it into different areas of chemistry.”

Now the 12 categories include chemical biology, analytical chemistry, chemical engineering and the chemistry of energy.

Dr Casey – an environmental chemist whose doctoral research was on taste and odour detection in water – will return as a judge for the 2020 #RSCPoster Twitter Conference, and she has also received an invitation to serve on the event’s multi-national committee, which will hold meetings via Skype.

“It’s an exciting event that is growing every year and getting more and more people involved in chemical sciences.  The idea is that everybody can take part, without any need to get funding to attend.  It promotes collaboration and has helped me grow my network of academics within my field,” said Dr Casey.

She believes, however, that there is still a place for standard academic gatherings, and adds that researchers who enter the #RSCPoster Twitter Conference can get valuable feedback on posters that they are planning to submit to conventional conferences.