THE mass displacement of communities is on the rise due to increased armed conflict and climate change causing more natural disasters.  Now, some of the world’s leading Disaster Resilience experts, led by researchers from the University of Huddersfield’s Global Disaster Resilience Centre (GDRC), are to collaborate on a multi-national project that will address ways for governments to facilitate successful resettlements.

The project named REGARD – Rebuilding After Displacement – a three-year research initiative, has been awarded €389,000 by the European Commission and is being led by the GDRC’s Dr Chamindi Malalgoda, Professor Dilanthi Amaratunga and Professor Richard Haigh.

Dr Malalgoda is a lecturer in the University’s School of Art, Design and Architecture and an active member of the GDRC.  She explained the new three-year REGARD project was created after the UN Refugee Agency (UNHCR) claimed that policies imposed by a number of international initiatives were insufficient and more needed to be done to include the mission of rebuilding communities after mass displacement.  In particular, the perspective of the built environment from post-disaster and conflict-induced displacement, which has had less academic engagement, is seldom addressed in policies.

These initiatives included the Sustainable Development Goals, the Sendai Framework for Disaster Risk Reduction, the World Humanitarian Summit, the New York Declaration for Refugees and Migrants, and, most notably, the Nansen Initiative on Disaster-Induced Cross-Border Displacement and its successor, the Platform on Disaster Displacement and the United Nations Framework Convention on Climate Change, the Paris Agreement. 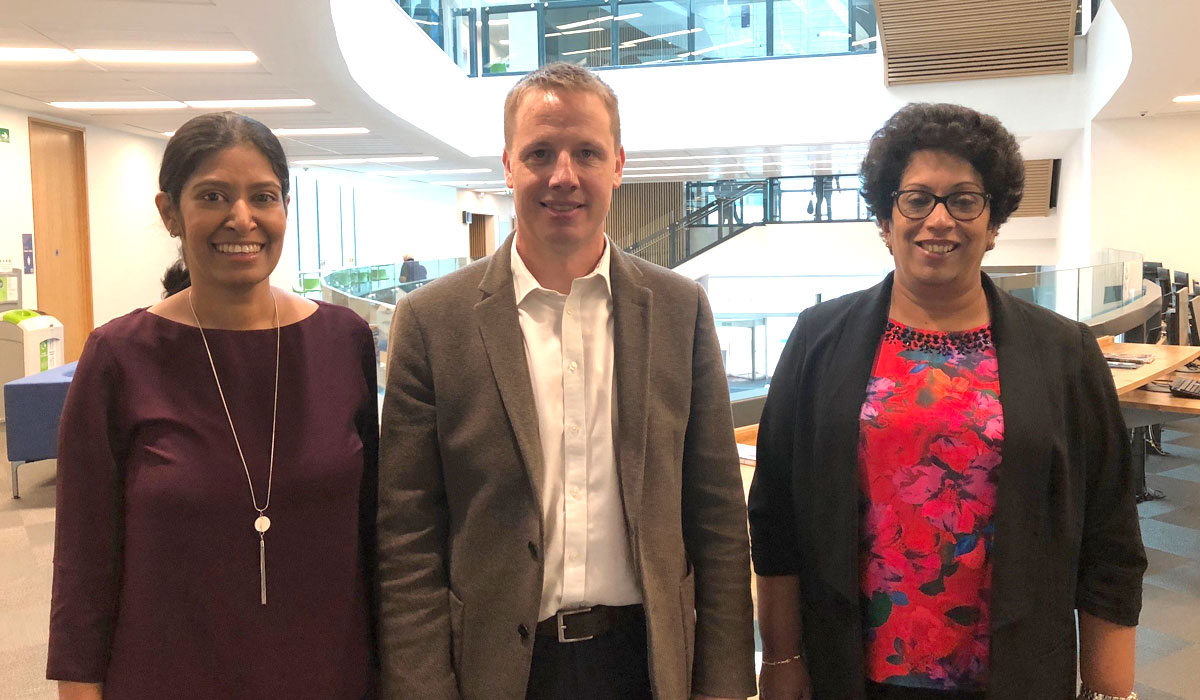 To achieve REGARD’s goal of addressing the needs of the host and displaced communities in facilitating successful resettlements, the following objectives have been set out:

“Sri Lanka and Sweden have been strategically chosen as partners of REGARD,” said Dr Malalgoda.

“Sri Lanka, with its 30-year-old civil war and various natural hazards including the 2004 Indian Ocean Tsunami, will provide a sound basis for the project and Sweden has accepted more than 160,000 migrants seeking asylum in 2015,” she said.

“We will look at what drives mass displacement, how we prevent and adapt to the pressures, and, importantly, how we should work towards better inclusion of displaced persons into society.”

Professor Dilanthi Amaratunga invited to speak by organisers of the RAE, Academy of Medical Sciences, the British Academy and the Royal Society