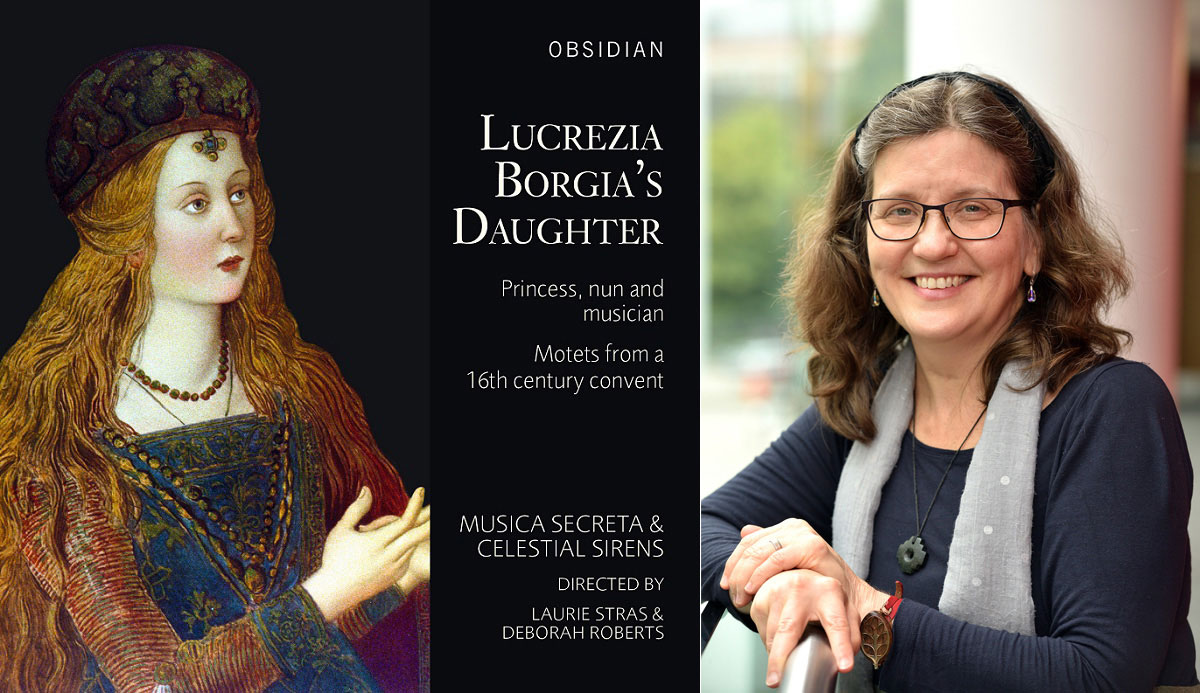 ONE of BBC radio’s most respected presenters enlisted the expert help of a University of Huddersfield professor during a week-long exploration of a fascinating 500-year-old episode in musical history.

Professor Laurie Stras – who has taken up a three-year appointment as Research Professor of Music at the University – is a leading authority on the extraordinary musical culture Renaissance Ferrara, where talented female composers and singers performed in convents or at secret concerts in the ducal palace.

Professor Stras co-directs choirs that have made an acclaimed recording of the repertoire and she has recently published the book Women and Music in Sixteenth Century Ferrara.

When BBC Radio 3’s Donald Macleod, presenter of the long-running Composer of the Week, decided to focus on Ferrara in the 1500s, he was joined by Professor Stras, stating that  “her work on this period has revealed a whole host of remarkable surprises both about the music and the private world it was performed in”.

The five programmes headed The Women of Renaissance Ferrara have been broadcast and can be listened to online or downloaded as a podcast.

“This week I will tell one of the most extraordinary stories of female genius in history,” said Mr Macleod at the start of the sequence of programmes.

Many of the musical items played were from the award-winning recording Lucrezia Borgia’s Daughter, featuring the two choirs co-directed by Professor Stras, Musica Secreta and Celestial Sirens.

The repertoire is taken from an anonymous publication of 1543, and Professor Stras has shown that the motets were almost certainly composed by Leonora D’Este, daughter of Duke Alfonso I and his wife, the famous Lucrezia Borgia.

Leonora, known to be a highly accomplished musician, spent most of her life in a convent, becoming its abbess.  When her compositions were published, her status as a nun and a noblewoman, meant she could not put her name to them.