The mysterious life cycle of the eel is the subject of a new book-length poem written by the University of Huddersfield’s Dr Steve Ely following innovative research into the critically endangered fish.

Dr Ely delved into the science and history of the eel with experts from science, conservation and academia during the writing The European Eel, an 80-page hardback volume enhanced by 17 pages of illustrations by PR Ruby.

Although a poem first and foremost, The European Eel also works as a highly credible and informed piece of nature writing that Dr Ely and his scientific colleagues hope will increase interest in and understanding of an animal that suffered catastrophic decline in numbers over the last 50 years.

From the Sargasso Sea to Yorkshire

“I started writing something that would be rooted in the research,” says Dr Ely, Senior Lecturer in Creative Writing and Director of the Ted Hughes Network. “In doing that you realise what an absolutely wonderful creature the eel is, how enigmatic it is and how much of its life is a mystery.

“I was very keen to write about the eel with scientific credibility and engage with the latest research in a comprehensive and not dilettantish manner. I wanted to do the subject justice.”

Dr Ely caught a young eel in Frickley Beck in South Yorkshire in 2019 and kept it before releasing it back to the wild several months later. The eel’s likely journey from there, into the North Sea via several rivers and then back to the Sargasso Sea where it was spawned, forms the basis of his poem.

His writing was also informed by his research with the help of a several scientific experts. The Zoological Society of London’s Matthew Gollock, who helps frame policy around the conservation of eels across Europe, was one such expert whose input informs Dr Ely’s work.

“Fish biologists seek to fill the dark gaps in the eel’s still little-known life story via research,” Dr Ely adds. “In The European Eel, I build on that research, but allow myself the luxury of speculation and imaginative reconstruction. The immersion in the research grounds the speculation and makes the piece a credible piece of informed nature writing .” 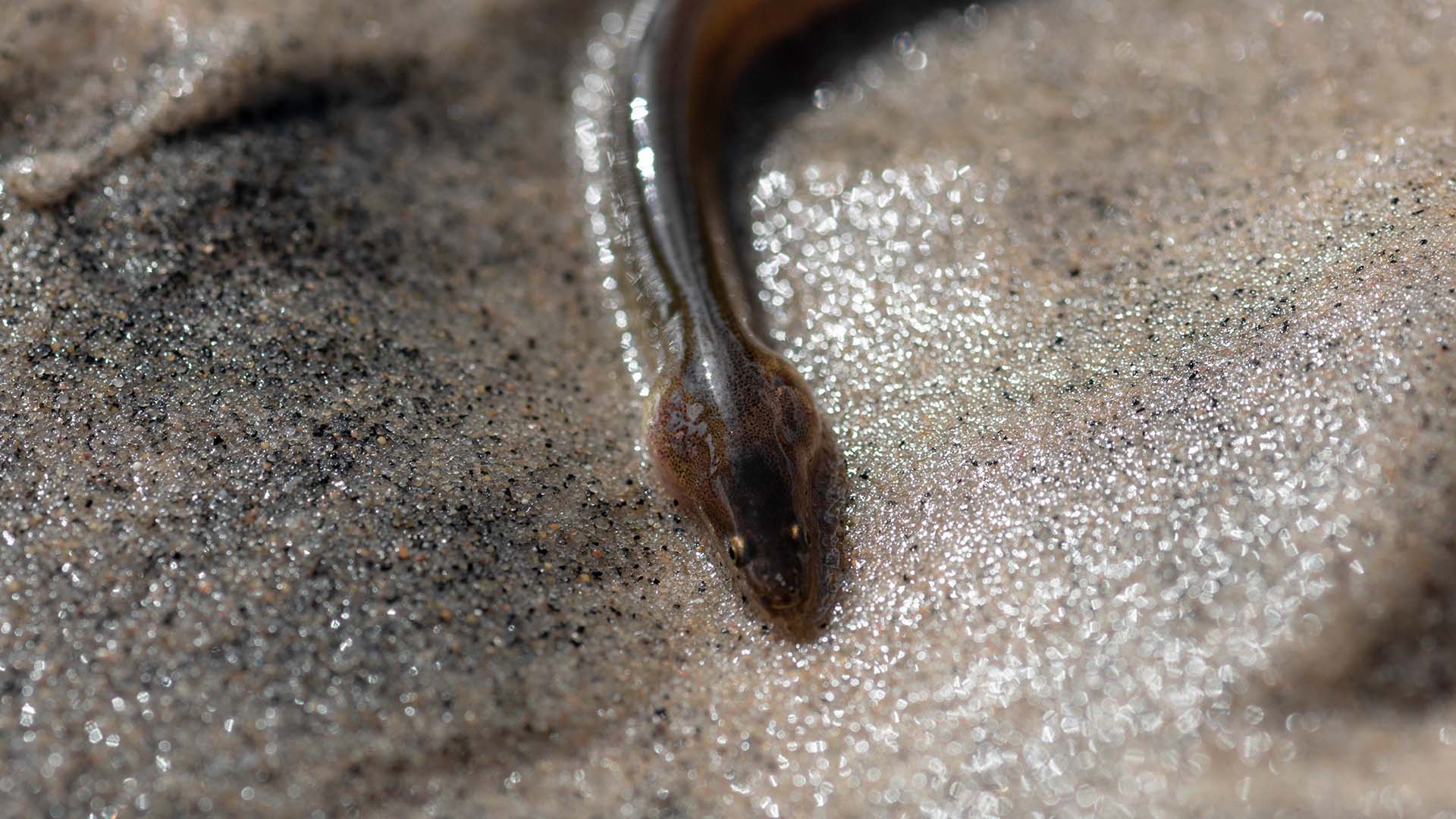 Matthew Gollock shares a passion for the eel with Dr Ely, one that goes beyond professional interest.

“When I first met Steve Ely, I remember him saying how he felt European eels had ‘chosen’ him as a subject – in part due to his name but also due to less tangible forces. I’ve always had a similar feeling – my first encounter with eels was accidental but it didn’t take long for them to intrigue me, and over 20 years later, they do so more than ever.

“For scientists who study these mysterious creatures, there are moments where knowledge gaps are, in thought, filled with artistic licence.

"Steve’s research of the eel’s complex life history is reflected in this incredible long-form poem – anything shorter would not have done this fish justice.

“He has captured what we know and his characterisation of the threats the species faces, is at points, almost painful to read. But his use of language lyrically explores what we don’t understand far more eloquently than scientists could – the oceanic migrations are beautifully described, and the poem culminates in an event that remains to be witnessed.”

Contagious interest in the eel

Dr Ely has also been helped by the University of Southampton’s Paul Kemp, whose recent work has led to the design of more effective fish passes, allowing eels to move more freely along increasingly fragmented rivers. Pete Wall, now of the Sheffield and Rotherham Wildlife Trust, but formerly Dearne Valley Living Landscape Manager, also helped inspire Dr Ely with his introduction of eels to RSPB Old Moor, primarily to function as a prey species for bitterns.

In the process, Pete became more interested (‘obsessed with’) in eels than in bitterns and, when they worked together on public engagement work on another conservation project relating to the endangered Willow tit,  Dr Ely found his eel enthusiasm contagious.

“I also want to engage the public with my work,” Dr Ely adds, “and my scientific colleagues have similar aspirations. We intend for our collaboration to become the first fruits of an on-going relationship with the University of Southampton and the Royal Zoological Society.

“I am writing more on this fishy-wetland obsession of mine but the work is manifesting itself in very different ways – still rooted in the European eel, but widening out in to areas including the apocalypse of the Sixth Extinction, rewilding and the tragedy of the drainage of the English fenlands

“Paul is doing brilliant work at Southampton on fish passes, for example, but how do you communicate the importance of that work beyond the scientific and river management  world and engage a wider public with its critical importance? It does not just relate to  eels, but for all fish species, which we increasingly realise need access to the whole of river catchments in order to live out their life cycles.

“One way might be through art. In that sense, European Eel might function as be a gateway to ecological awareness and engagement with scientific research, as well as a work of art.”