Cutting edge digital technology is at the heart of a project led by the University of Huddersfield that is helping a leading Yorkshire fashion company expand their operation online.

The University’s Department of Fashion and Textile has been working with luxury designer fashion retailer Nomad Atelier of Barnsley to improve its online shopping experience. And with an eye on better sustainability, it has also introduced groundbreaking digital ‘avatars’ to model clothes to reduce waste in resources.

The project has been funded by AHRC Future Fashion Factory (FFF), an industry-led collaborative research programme. The University’s Technical Textiles Research Centre is one of the three research centres associated with this £5.4m project.

Helping a local firm with a cutting-edge reputation

Nomad was launched in the late 1990s and is the brainchild of Rita Brittan, who opened the famous Pollyana store in her hometown of Barnsley in 1967. Always keen to innovate, Rita has worked closely with Claire Evans and Charlotte Goldthorpe, Senior Lecturers in the Department of Fashion and Textiles, to use the University’s knowledge of digital technology in the fashion industry.

Director of Technical Textiles Research Centre and Head of the Department of Fashion and Textiles, Professor Parik Goswami, said “This is a perfect example of how academics and industry could work together to create meaningful competitive advantage for companies in this region. Claire and Charlotte did a brilliant work to show how structured interventions could have a massive impact.”

“Nomad wanted to investigate different approaches to include more digital approaches to selling for their website,” says Claire. “Charlotte and I initially went in to look at how their platform worked, pre-COVID-19, how they were selling things and so we analysed the site. As a result, we made a number of recommendations on how to sell things, about labelling and on moving around the platform. 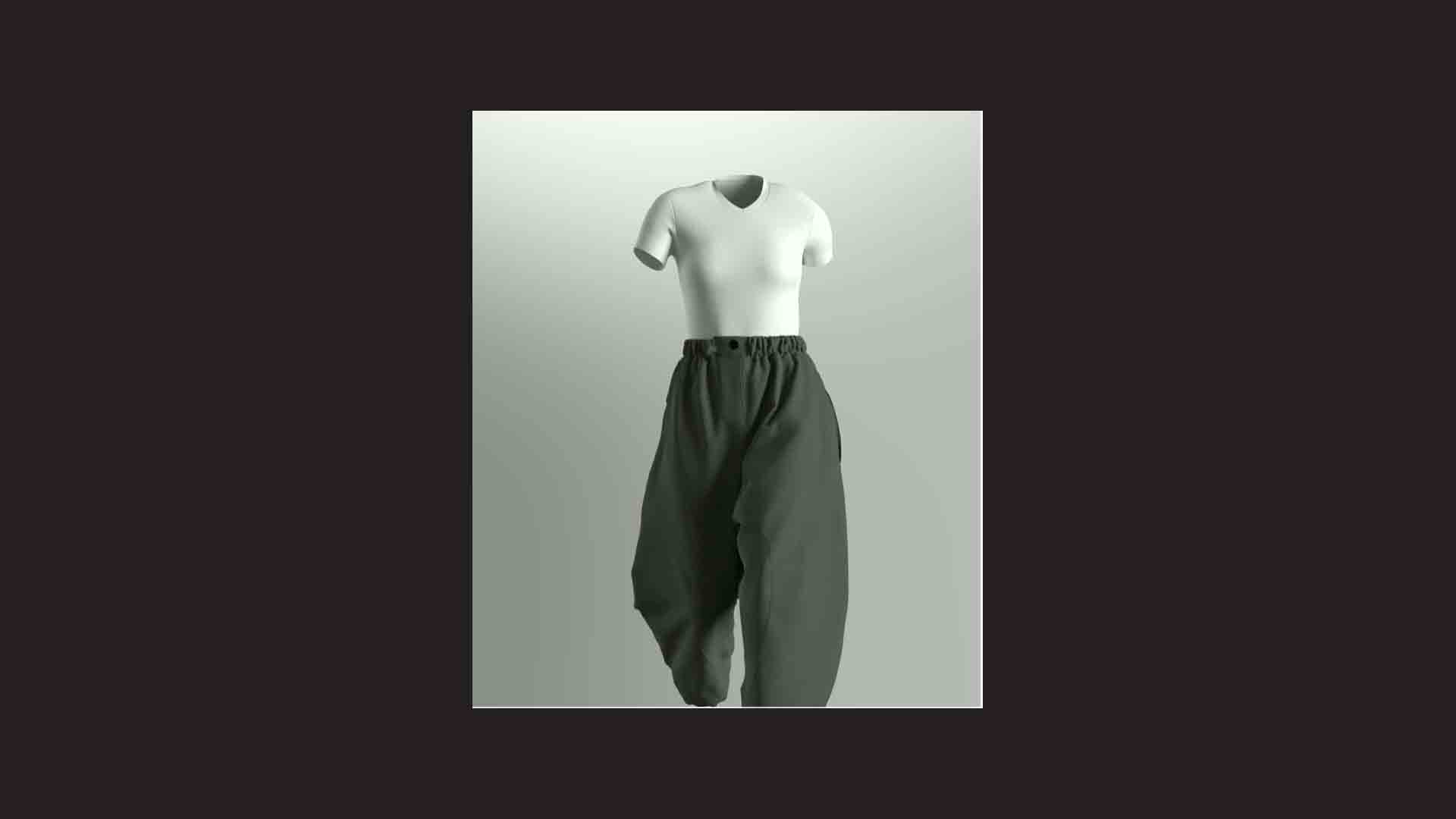 How the digital avatar looks, in a still taken from a test clip

“The next part of the project was looking at how they could include digital realisations of their garments. We advised that it was a big ask, given the size of company that Nomad is. Nobody else was doing it at the time, so we moved the idea towards Rita herself. She has a very good reputation at the top end for selling clothes and has a wonderful, very loyal client base. We told Rita that it was her that they – her customers – wanted; they want to know what she was doing.”

The project - ‘Web-based digital applications for independent UK fashion manufacturers’ - took the patterns of Nomad’s garments and used the Pattern Design Software program to digitise them. After considerable amount of refining, an avatar was produced where a figure wearing the exact garments from Nomad moves around on screen to give an idea of how they would look and fit to a person’s own specifics. This gives the viewer a new kind of personal shopping experience that aligns with a world where in-person visits to Nomad’s shop cannot currently take place.

Animations that give the ‘wow’ factor

“The first animations were quite simple, a bit bland and dry looking,” adds Claire. “We have animated them with a bit of lighting to add a little bit of ‘magic’, giving more emphasis on colour and physical appearance to give it a bit more of a ‘wow’ factor.

“Like making a dummy, you can make a specific body for a person tailored for them. People can see what the clothes look like on them. Having models on a website where people can look at themselves in different sizes is something I was constantly being asked about. It was an interesting concept, but was still a big ask.

“But we have imported real patterns from Rita and Nomad, giving our use of the software a real edge.”

A successful bid for funding from AHRC FFF helped with the project and tied in with the aims of AHRC FFF, to help Yorkshire companies in their development.

“Research is exciting, the company gets something out of it and Rita has always been someone who thinks ahead of the times,” says Claire.

“I still find learning an amazing thing, so the work so far with the guys at the University means I am really looking forward to carrying on working with them,” declares Rita. “It’s all about discovery, and it has changed so much for us – our shop was all about people coming here and having a personal experience. That’s all changed in a year, but we wanted to keep the best of our approach. The University have allowed me to do that, and I’m so excited about the next stage of the project.”

Next for Claire is further exploration of what digital technology could do for the fashion retail industry.

“Working in a sustainable way is something we really have to think about. Using animation and virtual in fashion and integrating it into the process, while reducing the amount of samples is still at that early development stage and it needs tweaking, but we are here to see how it can be exploited and integrated.”