Duncan is a historian long interested in the 'cultural war' waged over the legitimate form, function and meaning of sporting activity.

Elitism in cricket and how it is reflected in society are the subject of a new book by Huddersfield alumnus Duncan Stone.

Different Class: The Untold Story of English Cricket (Repeater Books) will be published on 11 January 2022, and has been years in the making. Its publication is timely, coming in the wake of the racism scandal that has engulfed Yorkshire County Cricket Club and the game across the country following testimony from ex-Yorkshire player Azeem Rafiq.

Duncan completed his PhD, Suburbanization and cultural change: the case of club cricket in Surrey, 1870–1939, in 2013 and it provides the basis for his first book.

Rather than racism, his original research looked at how and why competitive cricket – in the form of cups and leagues – was banned in Surrey and the Home Counties for 50 years. Unlike the Midlands and the North, where the culture of competitive cricket remained consistent, the banning of meritocratic competition enabled many middle-class cricketers in the South to create their own discrete realm of club cricket where they got to choose who they played with or against. 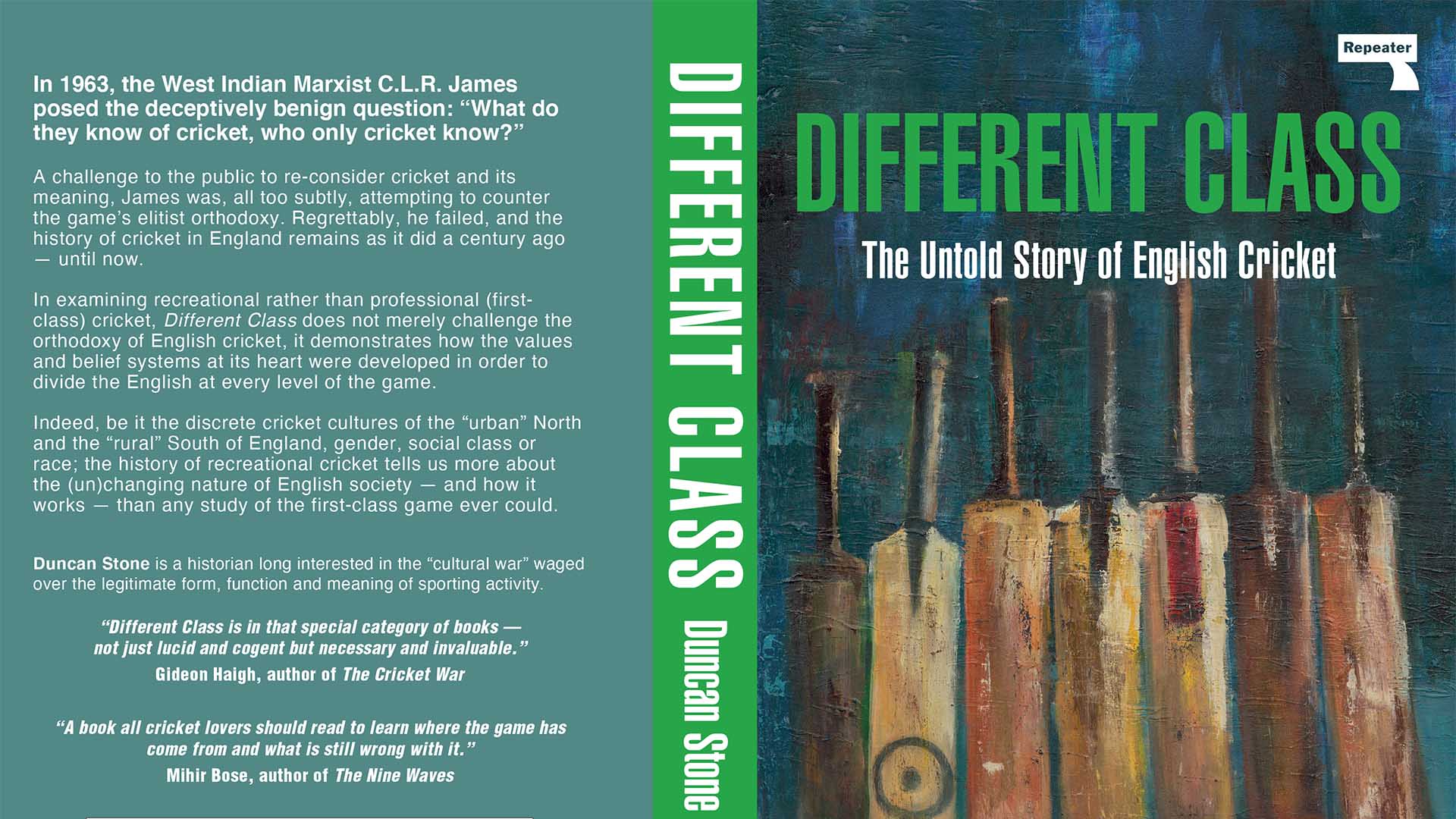 Having highlighted how this process led to two entirely different cricket cultures in the North and South of England, Duncan’s book draws parallels with how South Asian and African Caribbean communities have also been excluded from first-class (professional) and recreational cricket in recent years.

“It was like pulling a thread, the more I found out, the more I had to pull. It is a 20-year itch that I had to scratch,” says Duncan.

“The nub of the book is elitism. In many respects the book is not about cricket at all, as I use cricket as context for exposing how the elites of this country operate.

"It will no doubt upset many of the game’s traditionalists and, as I have uncovered evidence of structural racism throughout cricket, I may need a suit of armour. And it’s all because I asked a question about regional identity in cricket in a lecture when studying for my Master’s 20 years ago.”

The outlawing of competitive cricket in the south of the country has parallels with the schism that led to the formation of rugby league in Huddersfield’s George Hotel, when the ‘gentlemen’ running the strictly amateur Rugby Football Union denied working class players ‘broken time’ payments for time lost at work. Accordingly, the sport split in 1895 to create a professional variation of the sport, while rugby union clubs remained amateur and did not play in a league structure until the 1980s. 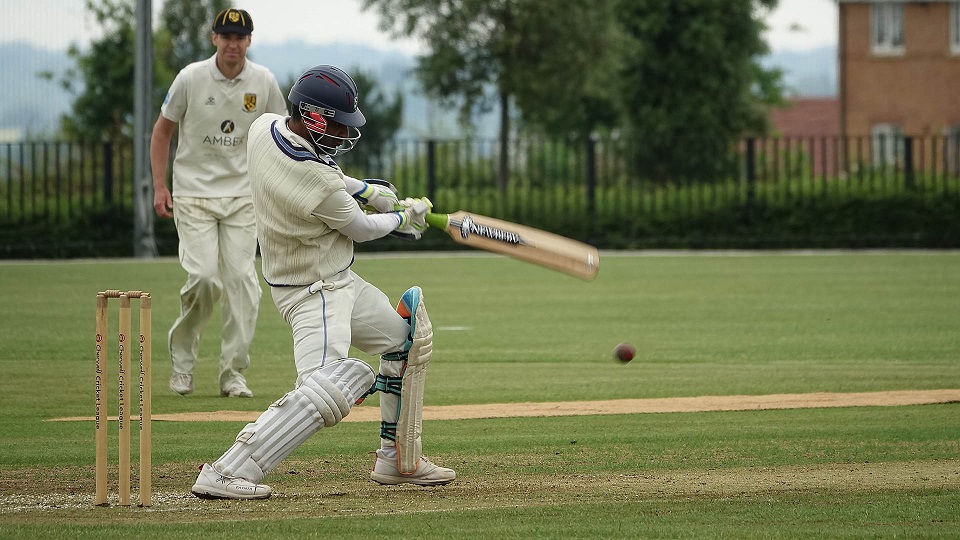 Duncan Stone feels that white working class cricket is now excluding cricketers from a Commonwealth migrant background in the same way that it was excluded by the middle classes in the past.

“Essentially, the split that occurred in rugby also happened in club cricket all the way down to village level in the South of England, once those in charge of an organisation called the Club Cricket Conference recognised that the meritocratic nature of cup and league competition posed a threat to their eminent position within the game. But, rather than professionalism, the Conference banned competition itself.

“In my book, I talk about how zealously this non-competitive ethos was defended, and how, in 1949, attempts to re-form leagues in Surrey, Sussex and Essex were quashed by a small cartel of elite Conference clubs. Ultimately, it was not until 1968 that the Surrey Championship was established, and other senior leagues, involving these discrete middle-class clubs, were established in the South.”

‘The ladder has been pulled up for migrants from the Commonwealth’

“The sad thing is that the barriers that were put up to exclude working class people playing cricket were then put up in front of migrants from the Commonwealth. Unfortunately, the white working class appear to have pulled the ladder up, and many of them are now doing what the upper classes did to them by not letting the South Asian or African Caribbean communities in.”

This was not always the case, however, and Duncan also examines workplace cricket that was, for a time, the best example of multi-racial sport in the country.

“Lots of factories and workplaces, such as London Transport and Vauxhall Motors, had sports grounds. But deindustrialisation and privatisation spelt the end of workplace sport after these valuable, yet unprofitable, assets were either demolished or sold off.

“Add in the loss of more than 10,000 state school playing fields, and it is no wonder that working class participation in cricket continues to plummet.”

Cricket has a 'golden opportunity' to be more inclusive

This helps to explain a scenario where the top level of the game in this country is dominated by players from a privately educated background. A 2020 study by The Guardian found that 45 percent of first-class cricketers went to fee-paying schools, whereas only seven percent of pupils overall go to independent schools. 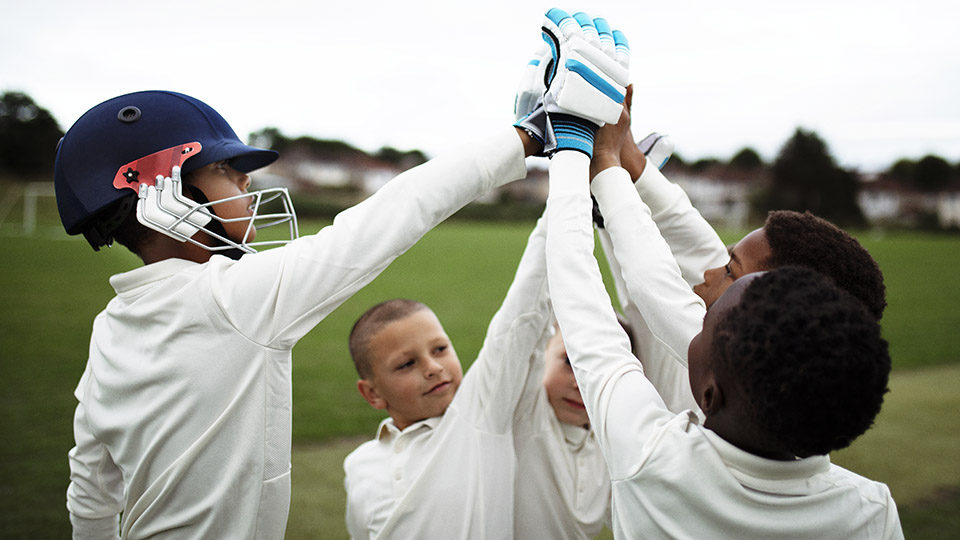 Passion for the game is still strong among the South Asian and African Caribbean communities, and Duncan hopes that cricket can now reflect on the fissures revealed by the racism scandal to make it truly inclusive.

“Cricket now has a golden opportunity now to lead the way. Football has done rainbow laces, t-shirts and well-meaning adverts but it is hot air. Only actions and an almost zero-tolerance policy is going to change the culture of English cricket, and culture comes from the top.”

Professor Barry Doyle, who supervised Duncan’s University of Huddersfield thesis, is fulsome in his praise for the book.

“It’s great to see Duncan’s book come to fruition. It is a testament to passion, determination and skilful research and writing. The book builds on the thesis but takes it in new and more challenging directions that will definitely ruffle a few feathers in the cricket establishment."