The vital role played by Huddersfield’s African Caribbean community in the establishment of the NHS in the area has been celebrated by a new film produced by Kirklees Local TV (KLTV) in conjunction with the University to mark Black History Month.

‘Huddersfield and the NHS: The Caribbean Connection’ offers a local perspective on the wider history of the NHS, which was set up in 1948. Directed by KLTV CEO, Milton Brown and researched by community historian, Dr Heather Norris Nicholson, the film builds on the successful Heritage Lottery funded film, Windrush: The Years After, produced by KLTV in 2019.

Faced with acute staff shortages while attempting to offer free healthcare for all, the British government began to recruit from overseas with thousands of people from the Caribbean emigrating to the UK to take up posts in the health service.

The film celebrates how Huddersfield’s local NHS services were built on the contribution of the area’s African Caribbean community, but also sheds light on the problems it has faced while working in health care.

“We recognised the need for a wider, more diverse history of the NHS,” says Barry Doyle, Professor of Health History. “With the support of the Social History Society and the Society for the Study of Labour History, the University received funding for a film about the contribution of African Caribbean migrants to the growth and success of the NHS. These are two key features of post-war British history.

“The African Caribbean communities began to arrive in Britain at around the same time as the creation of the NHS – their histories are intertwined.

Huddersfield and the NHS: The Caribbean Connection

“We want this film to be used in teaching, to help make the history of African Caribbean communities more mainstream and central to what we teach in schools and universities.”

The NHS in Huddersfield - the University connection

Built as a psychiatric hospital at the start of the 20th Century, Storthes Hall had traditionally struggled to recruit staff but the influx arrival of migrants to into the town after 1948 helped address the problem. However, this was not an easy transition. The film features former staff openly sharing examples of the racism and hostility they encountered, despite the care and compassion they showed. 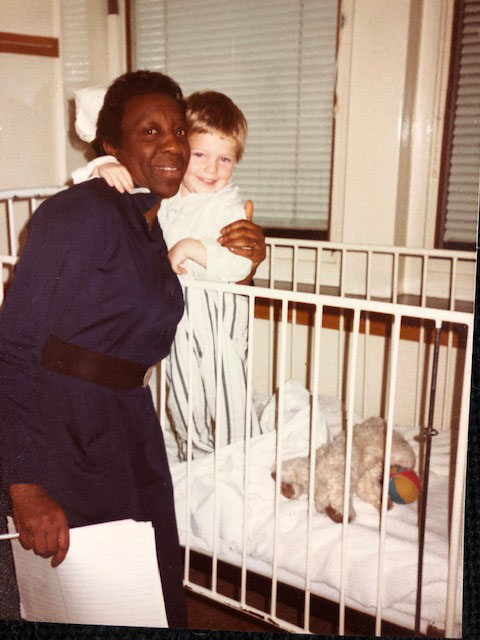 Alder Flowers, who features in the film, earned her qualifications after moving to Huddersfield from Jamaica and became a State Registered Nurse.

“The Caribbean community brought the skills of a new and vibrant group of workers to the NHS,” adds Professor Doyle. “They helped ensure that it could deliver on the massively increased demand that healthcare experienced in the 1940s, 50s and 60s.

“To see the NHS without acknowledging how the African-Caribbean communities delivered services at all levels to the NHS would be a massive injustice.”