A University of Huddersfield graduate returned this week - virtually - to warn media companies to do more to tackle systemic racism in journalism.

Daniel Henry told staff and students in Media, Journalism and Film about his experiences as a journalist and documentary film-maker, and said broadcasters were often going too far in trying to see “both sides” of issues around race.

“There are some people who are deliberately ignoring the wealth of information available about the minority experience, and they will do that for their own reasons - in the broadcaster’s pursuit of balance you can give too much weight to them,” said Daniel, who graduated from the BA in Journalism in 2008

After a spell writing for the Independent and working for a magazine in New York, switched his career focus to TV. He has since worked for the BBC, ITV, Channel 4 and Sky.

He highlighted how broadcast interviewers can be quick to query guests when discussing their experiences of racism, using questions such as “was it really racist?” which serve to diminish their stories.

“Broadcasters need to treat their guests as people who can share their experiences openly. We need contributors with lived experience rather than treating them as suspects.”

Study Broadcast Journalism at the University of Huddersfield

“We need to get to the point of accepting systemic racism as part of our lives. As journalists our role should be exploring why racism exists, why our culture, our laws, and our systems, uphold it - but our interviews in broadcasting don’t always do that.”

Daniel pointed to how media coverage of mental health issues has improved, and said lessons needed to be learned from that when broadcasters tackle stories such as stop and search. 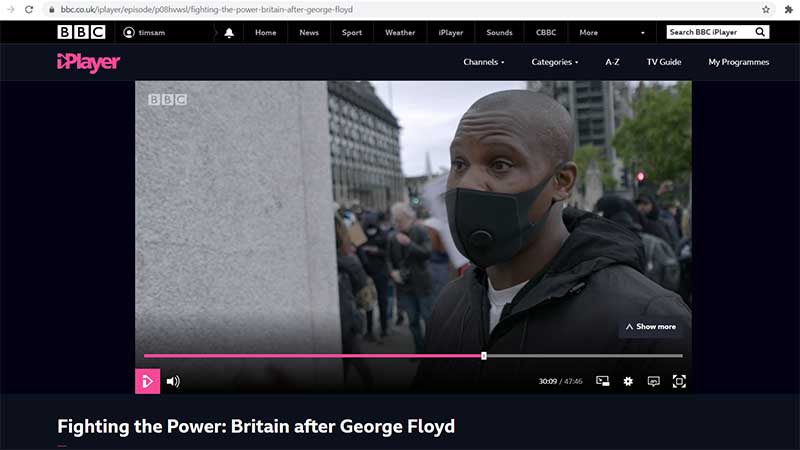 Daniel Henry's BBC3 documentary can be seen on iPlayer

“Instead of making contributors feel not listened to, it was much more about being empathetic and experience-led. This is the approach we need for discussions about systemic racism.”

Daniel is helping to develop guidelines for reporting on racism with the Ethical Journalism Network, which he hopes will prove as influential as similar recommendations produced by mental health charities.

He also told students keen to break into journalism to do as much as they can alongside their studies, including everything from their own blogs and social feeds, student media, and being persistent in pitching stories to editors.

His most recent BBC documentary was about the Black Lives Matter protests. Fighting The Power: Britain After George Floyd, can be watched on the iPlayer.