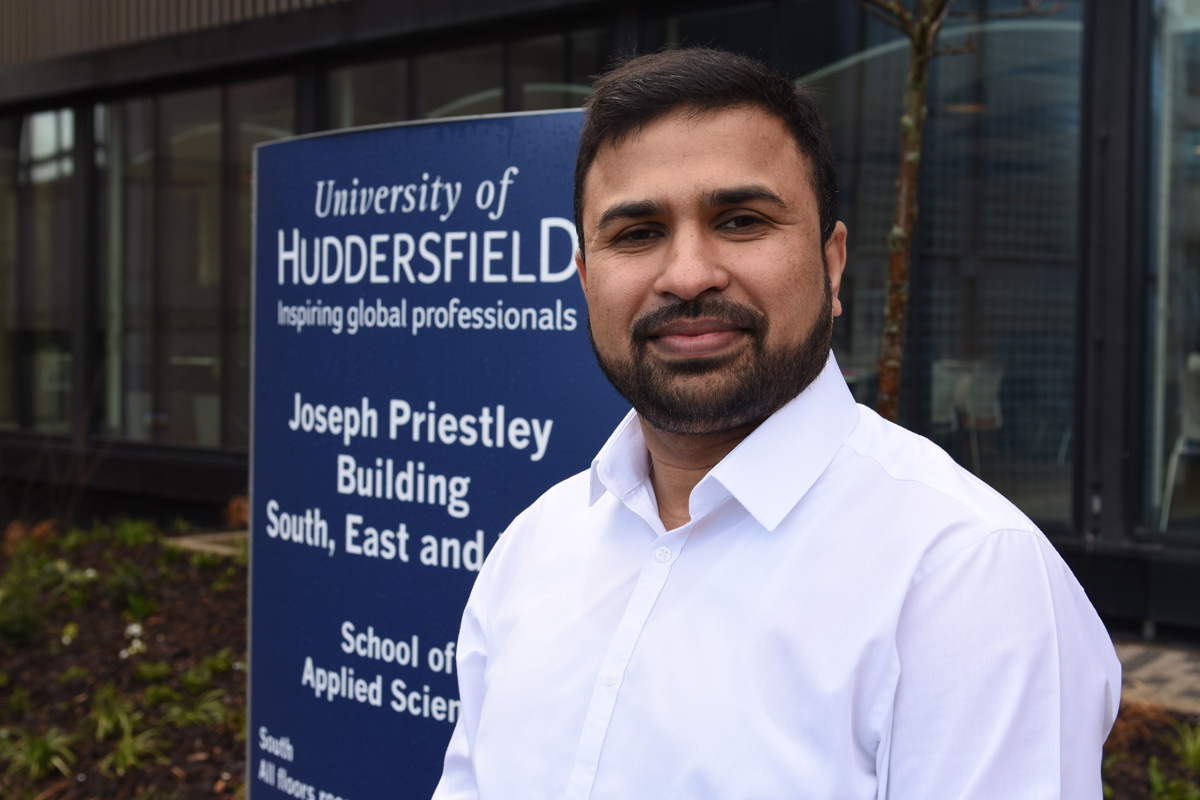 A FRESH, clean water supply will be a reality in Pakistan, particularly in South Punjab, following the announcement of an international partnership spearheaded by the Pakistan government, alongside other key stakeholders, and driven by the University of Huddersfield.

The initiative, led by University of Huddersfield Senior Research Fellow Dr Muhammad Usman Ghori, will transform the water supplies in the region into affordable drinking water for the benefit of the whole population and also will provide a sustainable option of raw material to fabricate healthcare products.

It is an initiative that is much needed by a considerable population of Pakistan.  In a recent study, the Pakistan Council of Research in Water Resources (PCRWR) found that a sizeable portion of the supplied water was not suitable for human consumption.  The contaminated water was contributing to significant number of deaths every year and a large part of Pakistan’s GDP was spent on health care of people who suffer from water borne diseases.

However, a solution to providing a clean water supply is present in abundance in the region’s Koh-e-Suleiman mountain range in the form of a raw nanoclay with properties that can be targeted for a number of health-giving applications.

Montmorillonite clay is an abundant and versatile natural nanomaterial. Formed of aluminum oxide sheets sandwiched between layers of silica, montmorillonite is prized for its tremendous absorption and antimicrobial properties, including by those in the pharmaceutical, cosmetics, and water purification industries. Some scientists even believe that the mineral was crucial to catalyzing the primordial reactions that gave rise to the first life forms on earth.

Now, a recent study suggests that the same mineral could help breathe life into the economy of rural parts of Pakistan. Find out more about the study in the video and by reading the research article published by the journal Nature: Scientific Reports.

The project lead Dr Ghori explained that this raw clay required a sophisticated purification protocol to remove any undesirable substances from the clay, such as lead, arsenic and crystalline silica, which could impede industrial potential and have adverse health effects.

The area of South Punjab has a large dependence on agriculture and relatively low levels of industrialisation and consequently currently faces higher levels of poverty and unemployment compared with the rest of the province.  An abundant supply of this largely untouched raw clay could help with economic conditions in the region so, in addition to physicochemical characterisation, this study investigated the practicality and economic feasibility of its extraction and purification for large-scale industrial applications by comparing the properties of the small-scale extracted clay to the large-scale extracted clay, and by conducting a techno-economic analysis.  It is anticipated that the findings in this study will improve the economic condition of the region by providing employment opportunities to locals and a valuable resource for exportation.

Further work in collaboration with Pakistani universities and research institutes is now under way to use this natural resource for the benefit of the local people, not just in purifying the water supply, but for further industrial applications that would expand the economy of the region and provide work and industry for its people. 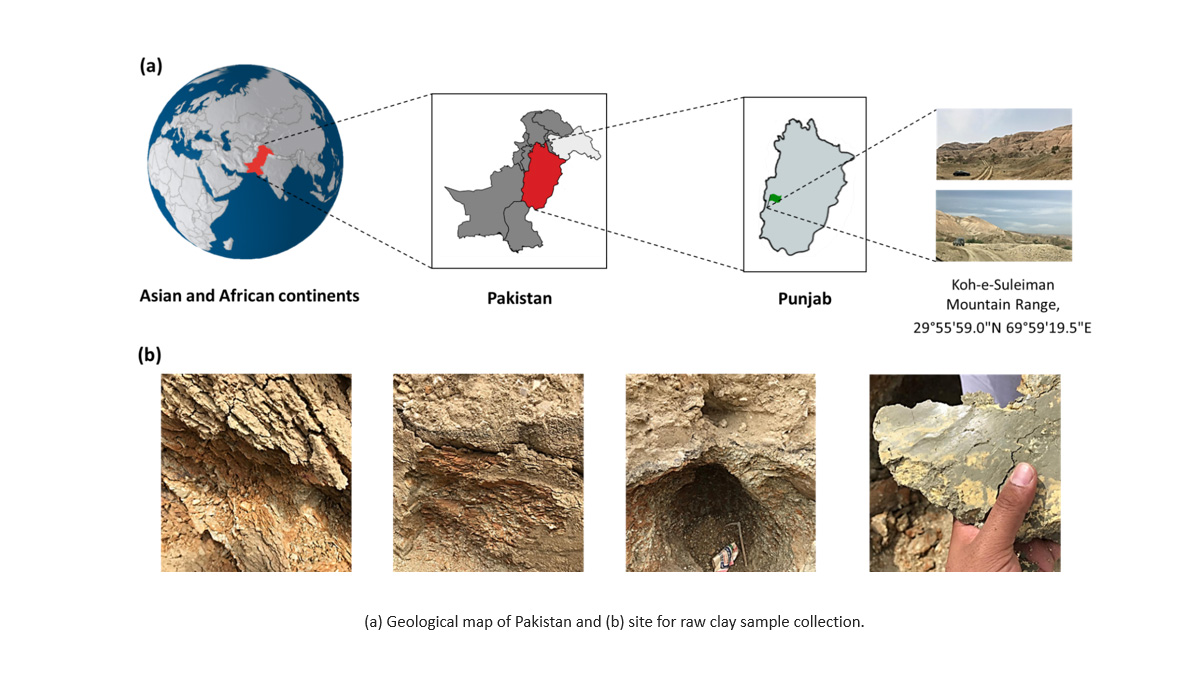 Originally from Sahiwal in Central Punjab, Dr Ghori studied for five years at the Bahauddin Zakariya University in the Southern Punjab city of Multan, where he completed his Doctor of Pharmacy degree.

It was during his time there as a student that he became deeply concerned over the conditions that how the unhealthy water was causing harm to the poorer families in the region.  He also became aware of a natural resource, readily available, that could present a sustainable and environmentally-friendly solution to the problems related to water.

The pharmaceutical qualities of montmorillonite clay are well known and documented, and it was the possibilities offered by this clay that made an impression on the young pharmacist.

However, the prospect of helping the people of Pakistan would only resurface some years later after Usman Ghori had completed his PhD and subsequently his postdoctoral study at the University of Huddersfield in the UK.

It was on his appointment as a Senior Research Fellow at the University that his interest in montmorillonite returned and he applied to the Global Challenges Research Fund (GCRF) for a sandpit grant administered by the UK Research and Innovation.  GCRF grants are designed to support cutting-edge research that will address challenges faced by developing countries.

The University’s Head of Pharmacy Professor Barbara Conway has commented that “it has been a very exciting opportunity for us to be involved in this study.  Usman joined the University as a PhD student under my supervision and it has been highly rewarding to support him in new endeavours, applying his knowledge and expertise to solve new challenges.”

Professor Michael Ginger, the University’s Dean of Applied Sciences has stated: “Usman’s translational work at the interfaces of sustainability, materials science and pharmaceutical science to develop scalable extraction procedures for Koh-e-Suleiman montmorillonite encapsulates perfectly the GCRF ethos of using multi-discipline science to enable, in this instance, clean water and economic growth within a poor, rural area.  As a School, we’re very proud of and excited by the innovation led by Usman and his co-workers.”

However, despite the clay deposits being very accessible and easily mineable, they are situated on government property and to ensure further funding the idea needed to involve Pakistan authorities at all levels. 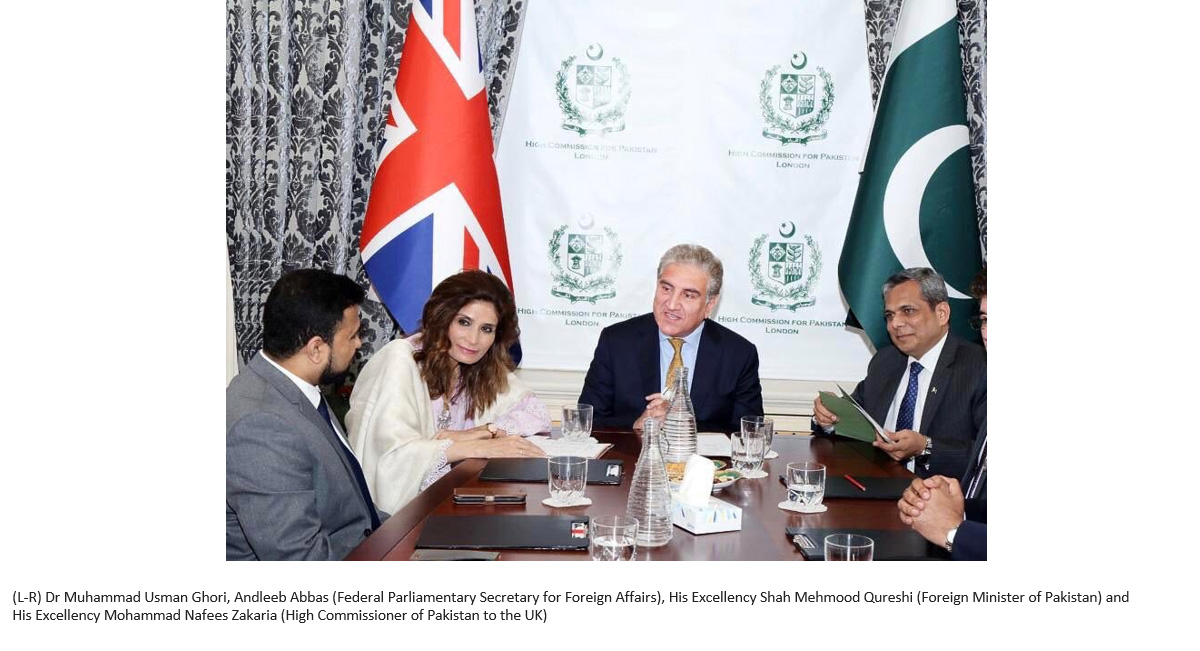 To establish this strategic partnership, Dr Ghori first shared his vision and initiative with the High Commissioner of Pakistan to the United Kingdom His Excellency Mohammad Nafees Zakaria, who played an instrumental role in establishing research links in Pakistan.

Now, a Memorandum of Understanding has been signed that will initiate a strategic partnership to develop a network led by the University of Huddersfield with the support of the Pakistan government which will also include universities in Pakistan.

The High Commissioner Mohammad Nafees Zakaria expressed his pride at the work and congratulated Dr Ghori and the team on their achievement and expressed gratitude to University of Huddersfield’s leadership.

Mr Zakaria’s drive to find, nurture, guide and facilitate young Pakistani talent in the UK to the benefit of both the countries and cement bilateral relations further, found connection in Dr Ghori’s aspiration to help people in Pakistan using his scientific research.  He wished him continued success and assured his constant support to for the project.  Mr. Zakaria expressed optimism that such initiatives, leading to quality research in Pakistan, will usher in an era of innovations and developments that will place Pakistan on the world map as a lead economy.  He thanked Foreign Minister Shah Mahmood Qureshi and Minister for Science and Technology Fawad Chaudhry for their support and facilitating Dr Ghori on his recommendation.

Foreign Minister Shah Mahmood Qureshi also congratulated Dr Ghori, the team and University’s senior management.  He said that the Government was cognisant of Pakistanis’ talent abroad and therefore many of Government’s policy initiatives are aimed at galvanising and providing direction to young scientists and tech professionals for their constructive engagement in the country’s mainstream economic activities.

“The UK is among Pakistan’s very close friends,” said Mr Qureshi.  “The relationship has its roots in pre-independence period and the 1.5 million Pakistani Diaspora in the UK is a strong bridge between the two countries.  Cultivating deeper and diverse partnership with the UK is a priority in our foreign policy.  I am delighted to learn that the University of Huddersfield’s researchers and scientists have taken such an initiative.  “The Government welcomes them and will extend every support in their endeavours in Pakistan,” he added.

Mr Qureshi was delighted at the signing of the MoU as a platform for putting in place an institutionalised arrangement.  Mr Qureshi said that important developments in the regions where the UK and Pakistan are situated have opened up new avenues for co-operation and opportunities.  “The University of Huddersfield’s engagement with Pakistan has come at the most propitious time.” 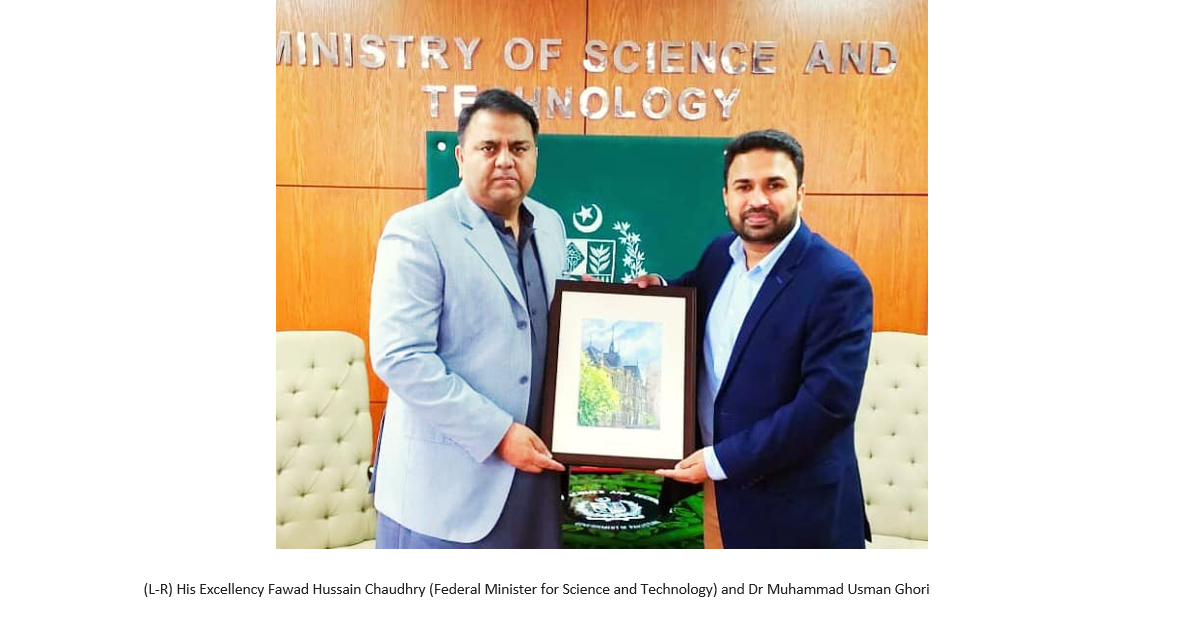 He expressed his “contentment and happiness at the signing of MoU by University with Pakistan Council for Research on Water Resources (PCRWR) and five Pakistani universities.  He saw it as a significant step towards collaboration between educational institutions of Pakistan and the United Kingdom involving research.  While commending Dr Ghori’s work, Minister Fawad urged Pakistani scientists, technology professionals and scholars to look towards Pakistan, which holds enormous opportunities in diverse areas.  “Under Prime Minister Imran Khan, high importance has been attached to the emerging technologies and many policy initiatives have been taken,” he added.

The University’s Pro Vice-Chancellor (International) Professor Dave Taylor commented: “The University of Huddersfield is dedicated to developing scientific solutions with global impact and improving the quality of life for people across the world.  Our researchers, like Dr Ghori, have been inspired to further their education, widen their experience and dedicate their careers to helping others who are not as fortunate as them.  I wish him and his partners every success for the future.”