The University of Huddersfield and local firm Associated Utility Supplies (AUS) have collaborated to develop and deliver innovative projects that could lead to improved level crossing safety and infrastructure on the UK’s railways.

Railway footbridges made from fibre-reinforced polymer that are simple to install, and a novel clamp assembly that allows rapid, low-cost maintenance of overhead electric wires are the two projects that AUS and the University teamed up to work on.

Both projects are proceeding following successful bids to the Department for Transport-funded competition First of a Kind (FOAK) 2020, delivered by InnovateUK, the country’s national innovation agency. AUS, based in Clayton West near Huddersfield, and the University have worked closely since 2016.

Harvey helped secure £721,000 in grants from the Department of Transport’s First of a Kind competition, which will be used on the projects over the next nine months. During his time with AUS so far, Harvey has helped instigate a formalised innovation, design and testing process that can be applied to a variety of projects.

“That these two grants have been secured is pretty astounding,” says Professor Simon Barrans of the University’s School of Computing and Engineering. Professor Barrans also worked with AUS for six months prior to Harvey’s time as a KTP, funded by the University’s capital venture fund. 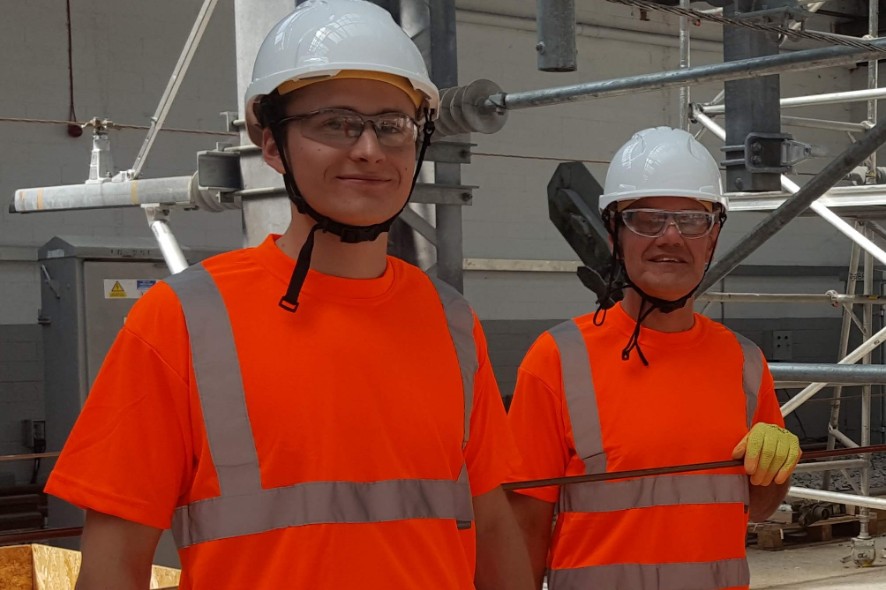 “Only 25 of these grants have been awarded throughout the country, so for two grants to be awarded from the DoT and Innovate UK’s pot of £9.4m for this collaboration between the University and AUS reflects superbly on the outstanding work so far and the future potential of these projects.”

"Our reputation with Network Rail has gone up and up in those three and a half years,” adds Simon Gibson, Managing Director of AUS.

“We have used links with the University to further that reputational enhancement. They have led to relationships with the Department of Transport and Innovate UK and as a direct result of a KTP, we have the two successful First of a Kind Awards.”

Level crossing safety is a pressing issue for Network Rail, with over 3,000 level and pedestrian crossings on the UK’s rail network identified as having safety issues. However, this could be tackled by installing the fibre-reinforced polymer footbridges, which are easier to assemble and install than traditional steel footbridges, while their manufacturing would have a lower environmental impact. In addition to the current network, more footbridges will be needed during the construction of the new HS2 lines. 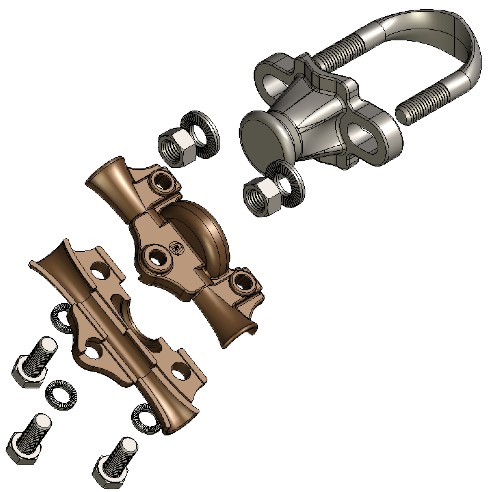 Easier logistics and lower energy in construction are also factors in the other project – span wire clamps. These devices, traditionally made from steel, help support overhead wires. The new device uses aluminum bronze, making it lighter, easier to install and minimising disruption to train services while using less energy than its cast iron predecessor during manufacture.

The projects also reach across the University, with Dr Saeed Talebi from the School of Art, Design and Architecture collaborating on the footbridges. Dr Simon Fletcher of the Centre for Precision Technologies, and Prof Joao Pombo and Dr Pedro Antunes of the Institute of Railway Research will also continue to work on the span wire clamp project.

Rail industry to benefit from robot tech and data

University wins one of the most coveted honours in Higher Education