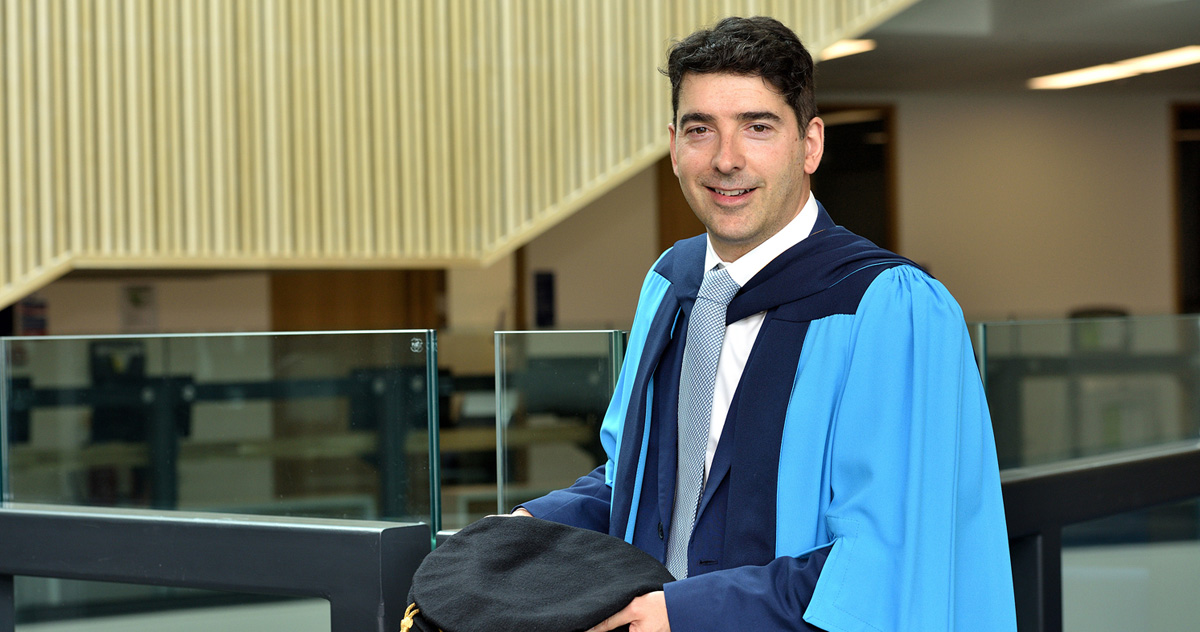 John Bernard graduated in marketing in 2013 and is presently the Europe, Middle East and Africa Marketing Director for diabetes management company Dexcom

UNIVERSITY of Huddersfield graduate John Bernard is a man on a mission – to improve the lives of diabetics throughout Europe, Africa and the Middle East.  To do this, he is harnessing globally-respected skills in marketing that have led to a string of awards.  The latest is to be named as one the leading practitioners in Britain.

The influential publication Marketing Week has released its Top 100 Marketers, after a search for “the highest achieving and most impactful marketers in the UK”.  A judging panel of leading industry figures was provided with a long-list of contenders in ten categories.  Mr Bernard was selected as one of the winners in the Business to Business (B2B) section.

He has been honoured previously by Marketing Week, which named him Marketer of the Year in 2013.  His other distinctions include an Honorary Doctorate from the University of Huddersfield, conferred in 2018.

Mr Bernard studied for a marketing degree at the University and graduated in 1995.  He then embarked on a varied international career that included senior roles with firms such as mobile phone manufacturers Sony Ericsson, Siemens and LG Mobile.  He has also been Global Marketing Director at Mozilla, which developed the web browser Firefox.

Now, Mr Bernard has moved into the field of medical devices and since 2016 he has been the Europe, Middle East and Africa Marketing Director for Dexcom, which manufactures glucose-monitoring devices for diabetics.

He has described his role with the company as “a mission not a job”, stating: “We get two or three letters every week from people who say they love Dexcom and it has saved their child’s life.  Every new app is out there to save people’s lives, but we genuinely see this happen”.

When Mr Bernard received his University of Huddersfield honorary doctorate there was an oration from Edward Kasabov, who is Professor of Marketing, Logistics, Operations, Hospitality and Marketing.

“John’s has been a career of enormous responsibility, requiring a person of the highest calibre,” said Professor Kasabov.  “He has been a central figure in the ambitions of multiple mobile, marketing and healthcare companies over the years.  Yet that is only a part of an even more extensive CV encompassing a great many roles across sectors and lines of responsibility.

“What they all share in common is John’s professionalism and personal hinterland.”

The awarding-winning marketer and Huddersfield graduate John Bernard was conferred with an Honorary Doctorate of the University at the July 2018 Awards Ceremonies. John is currently the EMEA Marketing Director for Dexcom, the San Diego-based medical devices manufacturer. Previously, he was the Global Marketing Director at Mozilla, leading strategy and Go-to-Market for the Firefox Brand.