British Online Archives and the Holocaust Exhibition and Learning Centre would like to invite you to join us for the exclusive launch of our new primary source collection, Prosecuting the Holocaust: British investigations into Nazi war crimes, 1944-1949

Drawn from the UK National Archives, Prosecuting the Holocaust: British investigations into Nazi war crimes, 1944-1949 contains a wealth of information regarding the British government’s efforts to investigate and prosecute Nazi crimes at the end of the Second World War. The evidence gathered sheds light on almost every aspect of the Holocaust, from the concentration camp system to the mass murder of the “incurably sick” in psychiatric hospitals. More importantly, it gives a voice to the victims of these atrocities, many of whom testified about their experiences immediately after the war.

Agenda: Introduction to the Exhibition and Learning Centre by Lilian Black, Chair of the Holocaust Survivors’ Friendship Association, followed by a further talk from our special guest speaker, Dr Stefan Hördler, Director of the Mittelbau-Dora Concentration Camp Memorial. An introduction to the resource will then be presented by James Chisem, Editorial Content Designer for British Online Archives. These introductions will finish no later than 3.00pm, after which point refreshments will be made available along with an opportunity to take a closer look at the resource as well as the Exhibition and Learning Centre itself.

The event is FREE to attend but you MUST RSVP to David Sarsfield, Head of Library Sales at the British Online Library. 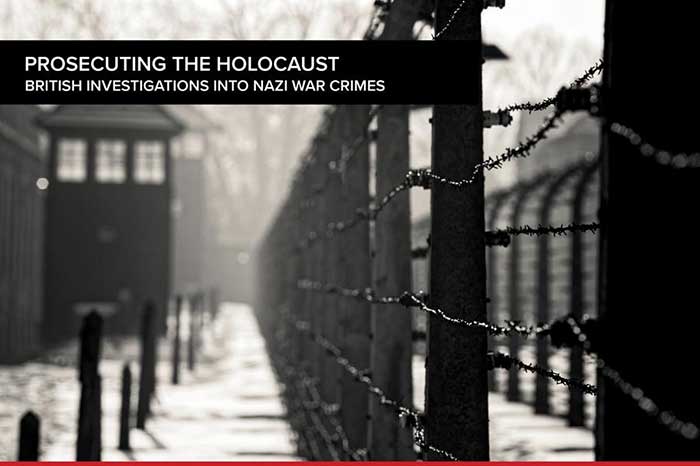