Nikita Brown receives £1,500 as one of the first recipients of the Santander Universities new ‘Women in Engineering Programme and STEMships’ initiative 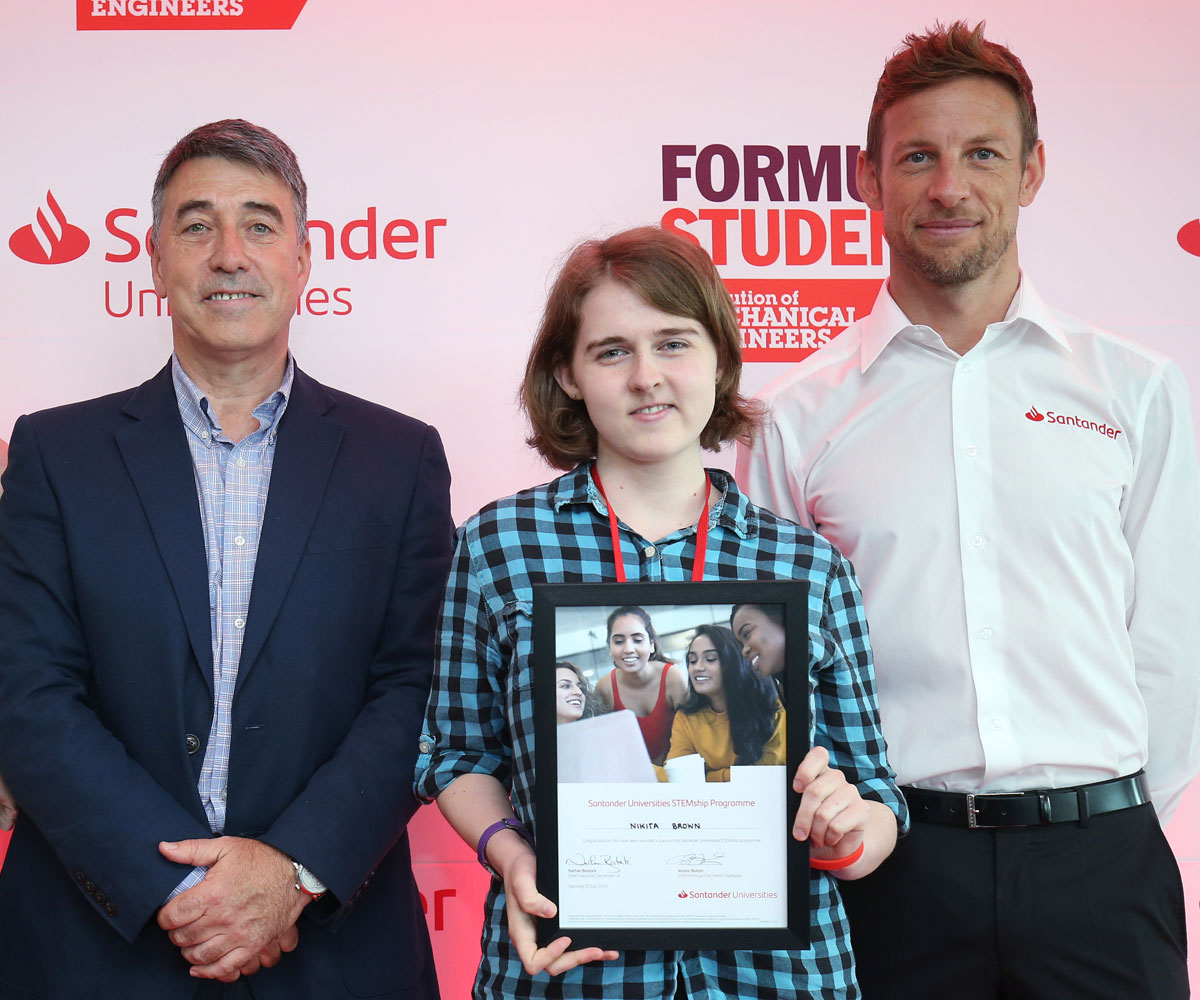 AS part of the 2019 Formula Student racing car test event held at the famous Silverstone racing circuit, Santander Universities launched their Women in Engineering Programme and STEMships initiative, aimed at promoting engineering as a career choice for women.

Nikita Brown, who studies Mechanical Engineering at the University of Huddersfield, has been selected as one of the 30 first-ever beneficiaries to receive the scholarship.

The inaugural STEMships programme launched by Santander UK is dedicated to supporting female engineering students at universities across the country.

She was one of the up-and-coming women engineers announced by Santander UK’s CEO Nathan Bostock and ambassador Jenson Button at the Formula Student competition at Silverstone.

We hope the programme will support them with their career ambitions

The new initiative aims to support and incentivise more women to embark on a career in the UK engineering industry and responds to the skills shortage challenge currently facing the country’s engineering sector.

Santander Universities’ inaugural STEMships programme aims to break down the barriers for women entering the engineering industry by providing aspiring female engineer students with the dedicated tools, resources and opportunities needed to succeed in the industry post university.

The 30 students will embark on a two-year support programme which offers a £1,500 scholarship; an overseas experience at a leading engineering institution; a unique networking events with prominent female leaders in the industry; membership to the Women’s Engineering Society; and mentorship and internship schemes through Santander’s wider networks.

Matt Hutnell, Director of Santander Universities UK, was delighted to be able to announce the initiative, which he said would support and inspire the next generation of women engineers across the UK.  “Having worked closely with Formula Student teams across our partner universities, we recognise the challenges facing female engineering students as they look to embark on careers in the industry.  We hope the programme will support them with their career ambitions.”

At the 2019 international Formula Student competition, the University of Huddersfield’s team, named Team HARE, recorded its best-ever results coming 6th in the world overall, 3rd in the UK and taking the award for the Most Improved Team.

Students head to China thanks to Santander

The trip was funded by the Santander Universities student mobility programme