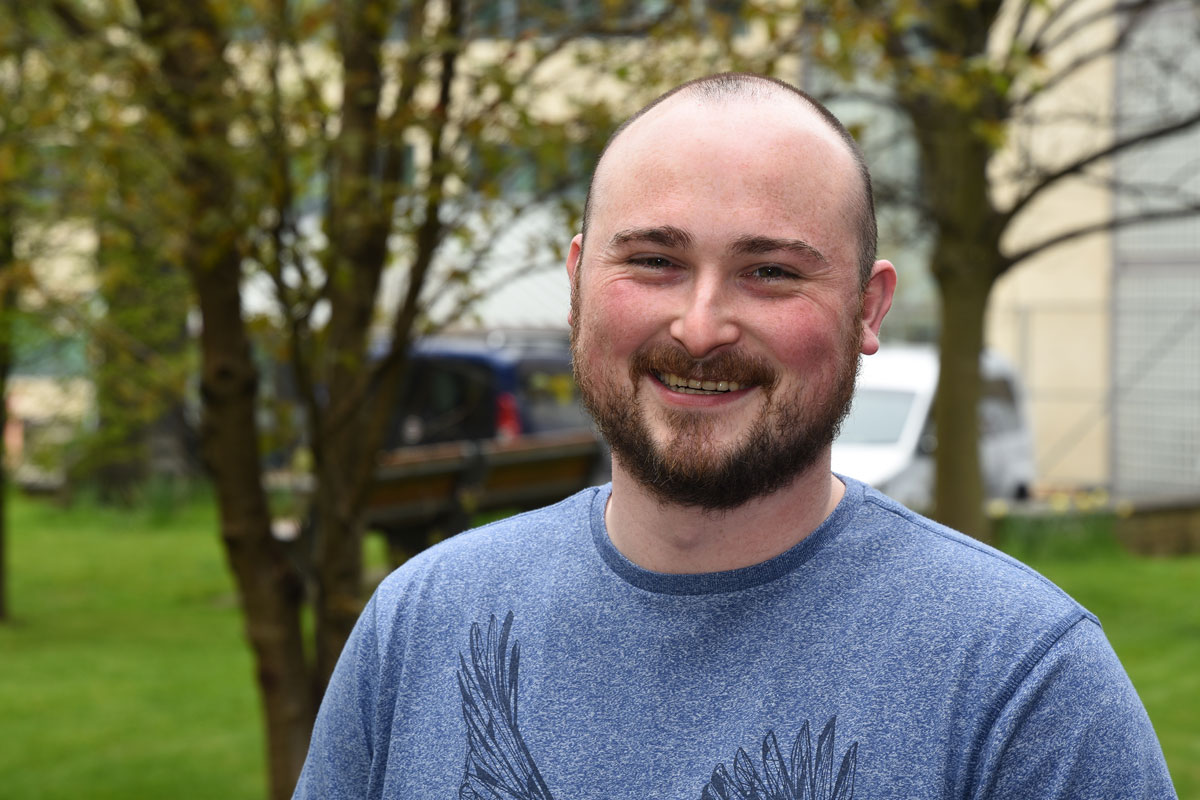 MATHS phobia is a widespread problem.  But a University of Huddersfield lecturer is developing ways to aid science students who have an aversion to the subject.

Now, Dr Fraser Scott, who combines his expertise in chemistry and biology with educational research, has received an award for a poster that outlines his approach to helping students succeed in a maths-heavy module.

He has been named as winner of the Higher Education category in the 2019 edition #RSCPoster Twitter Conference, an online event that enables scientists from around the world to share their research, network and engage in scientific debate.  This year’s event included an entry of more than 500 posters and had an online audience of more than two million.

Dr Scott is a Senior Lecturer in Pharmacology and his prize-winning poster focusses on pharmacokinetics, which deals with the movement of drugs within the body.

It is a multi-disciplinary subject – at the boundary between chemistry and biology – and requires a lot of mathematics, said Dr Scott, who has been examining various new ways to provide students with the support they need.  His poster describes an approach that involves the use of Microsoft Excel to build pharmacokinetic models, helping to give students a good theoretical grounding.

“One of the problems is that we can bombard students with maths but not give them enough time to absorb what they are doing.  But if you don’t overwhelm them and give them the correct resources to engage with, then they can feel as though they are learning, and don’t switch off,” said Dr Scott.

His career has included lecturing in maths, and he is aware of an aversion to the subject that has been widespread for some decades.

“It’s well known within society as a whole but is a real problem within science education because a lot of what we do is highly mathematical, including chemistry,” said Dr Scott.  He added that ‘maths phobia’ was probably a cultural problem.  “There is a perpetuating myth that it’s OK to be bad at maths!”

Dr Scott said that he was encouraged by the results of his approaches to help students overcome their fears of maths.  But in an age of computers and calculators, why is it still important to have a good grasp of arithmetic?

“It helps you deal with problems swiftly, without relying on the computer and also, if you don’t have those underlying mathematical skills, you can’t make any advances in your field because you have to rely on other people’s software programs.”

Hair loss misery during chemotherapy could be over