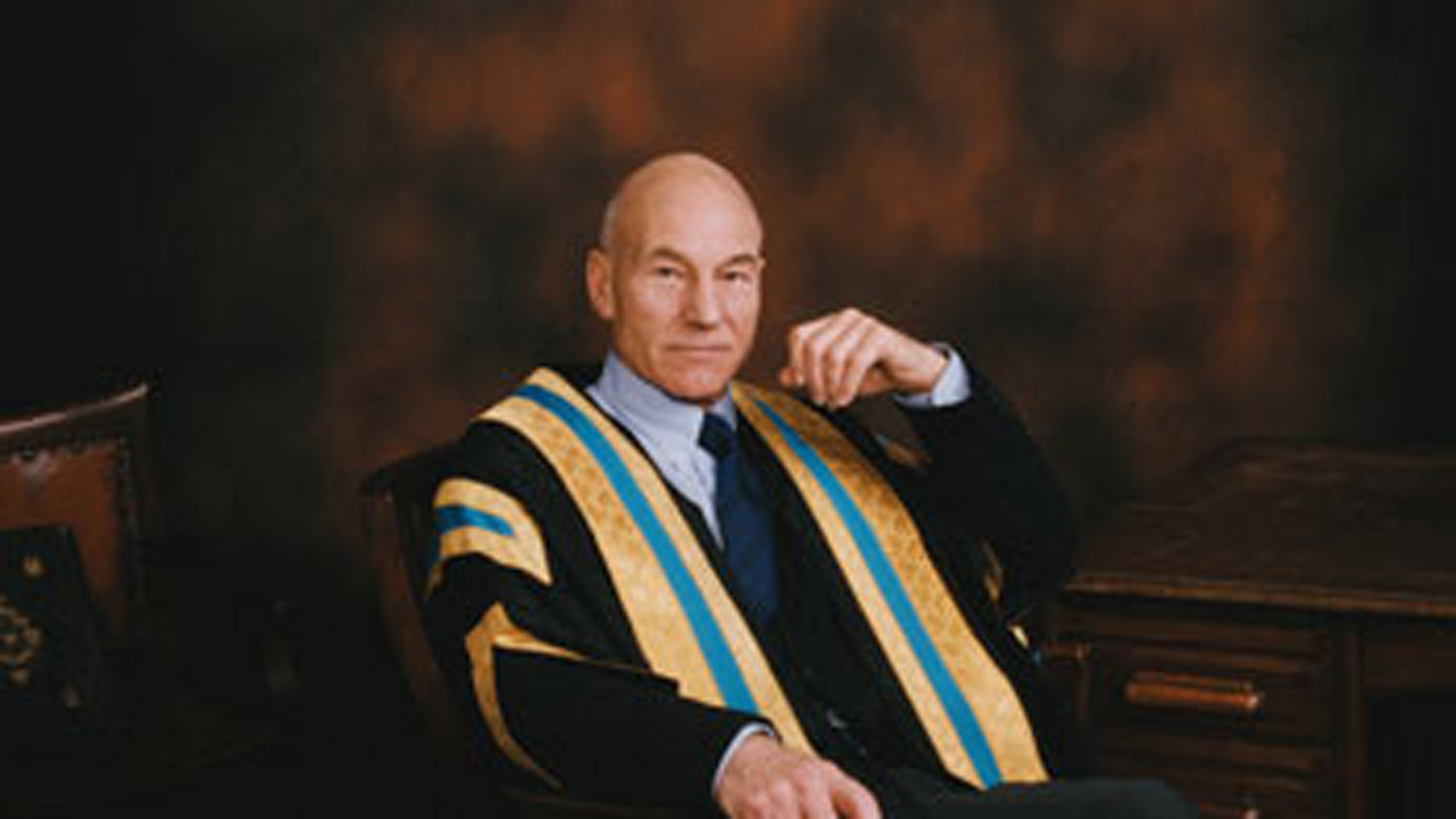 Sir Patrick Stewart as Chancellor of the University of Huddersfield.

Sir Patrick Stewart is one of the leading stage and screen actors of his generation and he also made his mark as a deeply committed and energetic Chancellor of the University of Huddersfield. He remains our Emeritus Chancellor. Sir Patrick is particularly eager to ensure that young people have the opportunity to fulfil their potential through access to Higher Education.

Huddersfield is effectively his home-town university. Sir Patrick Stewart was born in Mirfield, West Yorkshire, in 1940. His father was a regular soldier and his mother was a weaver. He left school at the age of 15 and worked briefly as a reporter on the local newspaper, but a teacher at school had inspired in him a love of Shakespeare and the stage. Acting ambitions quickly superseded journalism.

He was made OBE in 2002 and in 2010 he received a knighthood. His many involvements include Amnesty International and he is a frequent public speaker in favour of its goals in the field of human rights, as well as being an active patron for Refuge, the domestic violence and women's rights organization.

In September 2019 Sir Patrick Stewart spoke to the University of Huddersfield about Picard after watching the first 3 episodes. It was in this interview that he said “people will be surprised and perhaps even shocked.”

“It was a very difficult decision,” admitted the Shakespearean actor.  He was eventually persuaded when the producers explained in detail how they were going to progress the series and that it would be a vastly different world for the former starship captain and far from a walk down memory lane.

“I don’t regard it as going back, in fact, we are definitely moving the series forward and that’s what made the difference for me”

Honorary awards reward individuals who have attained national and international success and recognition in their chosen field.

Read more news from the University of Huddersfield.