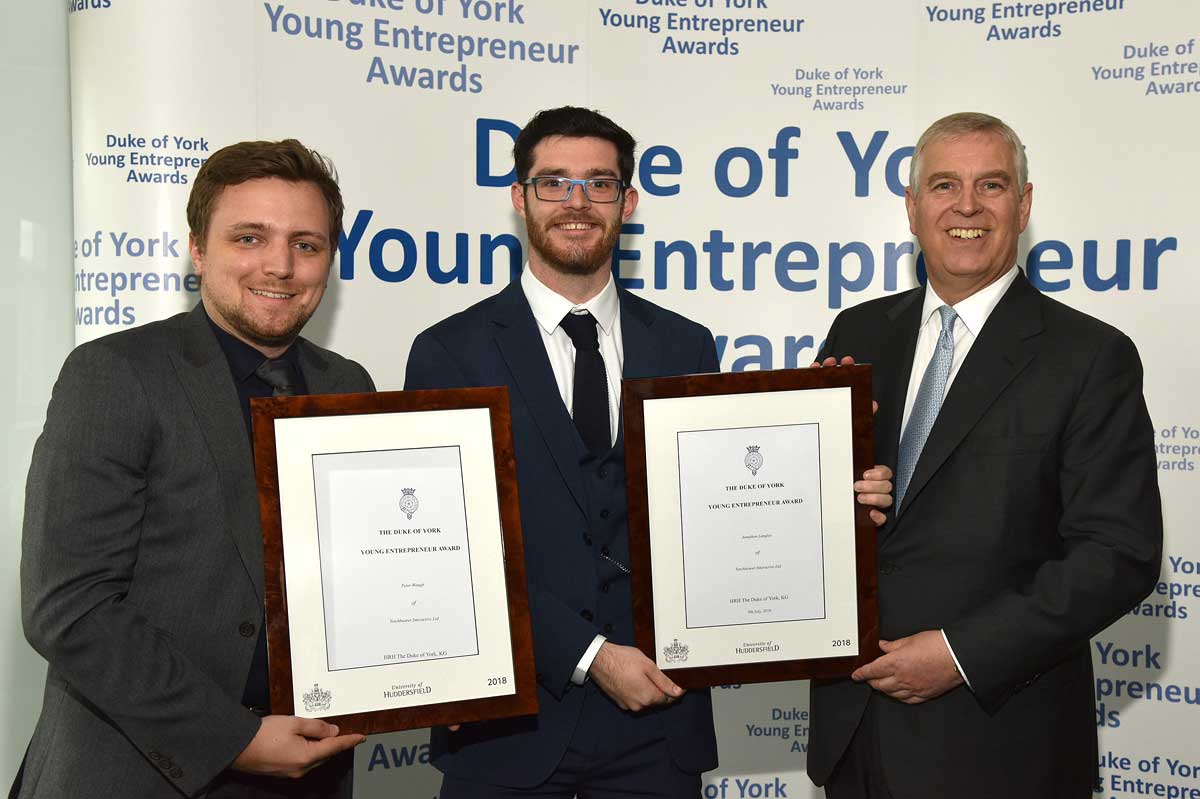 YOUNG entrepreneurs must learn to be constantly adaptable, said the Chancellor of the University of Huddersfield, His Royal Highness The Duke of York, when he presented awards to some of the North of England’s brightest new businesses.

They range from software development and audio visual production to a training academy for healthy lifestyles and a recruitment platform that connects customers to cleaners.

There was also a wide variety of food and drink related start-ups, such as a new range of chickpea snacks, kits for gin infusion, a method for ethical sourcing of food and an agency that retails food products deemed “surplus” by manufacturers.

Now in its sixth year, it awards certificates to the businesses judged the best from students at universities across the North of England.

Before the ceremony, The Duke spoke individually and in depth to the entrepreneurs behind the 17 award-winning businesses.

Then, in a ceremony hosted by Philip Clegg – Head of Enterprise and Entrepreneurship at the University of Huddersfield – His Royal Highness handed out framed certificates.

He then told the assembled entrepreneurs that their ideas look to him as if they could be very successful, from immediate first impressions – and first impression were important, as he knew from his experience of three-minute pitching sessions Pitch@Palace.

He drew on his background in the armed forces to advise the entrepreneurs that they must always be prepared to adapt their plans and ideas.  Whatever the nature of their businesses, continuous change management was vital, said His Royal Highness.

Duke of York Pitch@Palace in Huddersfield

The University was chosen as a venue for the Pitch@Palace On Tour led by the University’s Chancellor, HRH The Duke of York

The University’s Chancellor, HRH The Duke of York, unveils the foundation stone for the new Barbara Hepworth Building